Fallowfield grad flees to Syria to fight for ISIS

Rapheal Hostey is a ‘senior commander’

A graduate from Fallowfield has gone to Syria to become a senior ISIS commander.

22-year-old student Rapheal Hostey went to Liverpool John Moores and left a wife and child behind in Manchester. 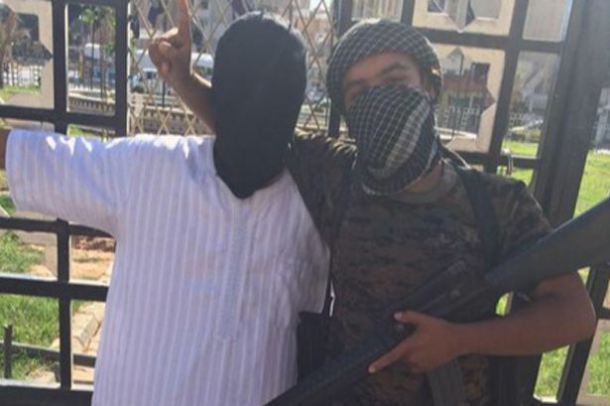 Many have fled from Cardiff

Hostey, who is known among jihadists for his large Afro hairstyle and rapping skills, was injured in a battle at the end of 2013 and ended up in hospital for several weeks.

Hostey lived in Fallowfield and also left behind a wife and child to go and fight in Syria along with his friends Mohammed Javeed, 19, and Khalil Raoufi, 20.

All three men had gone to Liverpool John Moores University.

Under the name Abu Qaqa, he has used social media to attract many more British recruits to Isis, including jihadist brides.

On Tumblr he tells “a sister living in London” to contact him privately on Surespot, an encrypted messaging service, when she asks him for advice about life under Isis.

Another would-be recruit asked: “What would you advice [sic] a female doctor and a female pharmacist who want to make hijra [emigrate] and help the community there?”

Hostey replied: “I would advise them to come as soon as possible.”

Last month, before his latest Twitter account was suspended, he wrote: “We don’t need any spies in [Isis] because the sisters here talk enough as it is!”

Yesterday a male relative at Hostey’s Manchester home said: “We don’t know anything about this.”