Another second year grabbed on Egerton Road by creep with trolley

She was walking to the gym

Another girl has been harassed by a man pushing a trolley around Fallowfield.

At around 1.45pm last Monday, second year Emily was on her way to the gym when she was grabbed on Egerton Road.

The stranger clung to her hand while saying “hello hello beautiful”.

Talking about the distressing incident, Emily told The Tab: “It felt as if if I hadn’t moved away quickly, I’m not sure what else he would have done”. The suspect, described as as a 35-year-old mixed race man of medium build with short dark hair, buck teeth and a long, thin face, wearing a long coat, was pushing a trolley when he approached Emily near an alleyway at the Wilmslow Road end of Egerton Road.

Talking about the distressing incident, Emily told The Tab: “It felt as if if I hadn’t moved away quickly, I’m not sure what else he would have done”.

But she isn’t the only girl to have been pestered by this man in the Fallowfield area.

Emily said: “Another one of my friends was approached by this man in January”

“A man of the same description with a trolley kissed her hand, she ran away and called the police.” 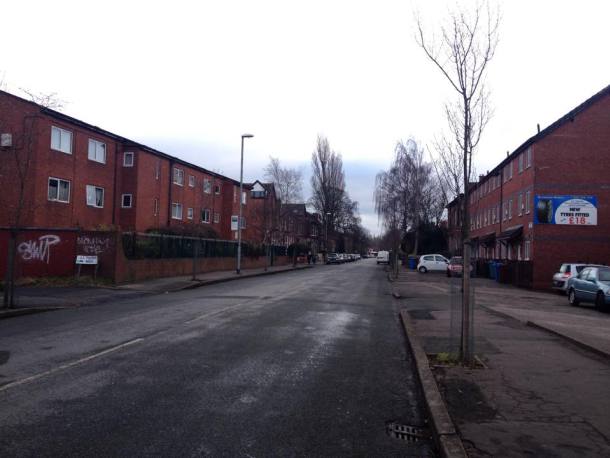 Emily said: “I want to give a warning to all girls to call the police if you see him”

“The description of the suspect of the sexual assault back in February on Whitby Road sounds really similar to this man.”

“I called 101 straight away believing if they got a police car straight away they would catch him. They sounded concerned and said someone will call me and probably come round my house later that day.”

“A police officer did call me an hour and half later and asked what happened briefly, but did not ask exact description details and they did not come round my house either”.

“She said it was an assault, she called back and gave a crime reference number and said someone would be in contact.”

“No one from the police has called me or anything. I really think the police could have done more.”