There was a pig on the loose in Wythenshawe

Pig on a mad one

A pig was spotted roaming the streets of Wythenshawe last week.

Greater Manchester pigs went in search of the hog after it was seen in the Benchill and Sharston areas on Tuesday.

Despite a request for serious answers, Wythenshawe Police received some less than helpful replies.

Marc Brownbill wrote: “Think its been involved in a hit and run, somebody call an hambulance…” 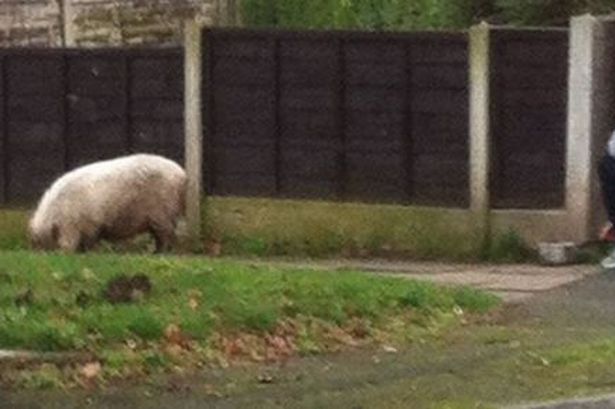 Fortunately, it seems it simply wanted a day out and a pig-nic, as GMP Wythenshawe later posted: “Thanks for all your messages (and jokes) regarding the wandering pig, we believe the pig has made its way home, without needing oinkment or a hambulance!” 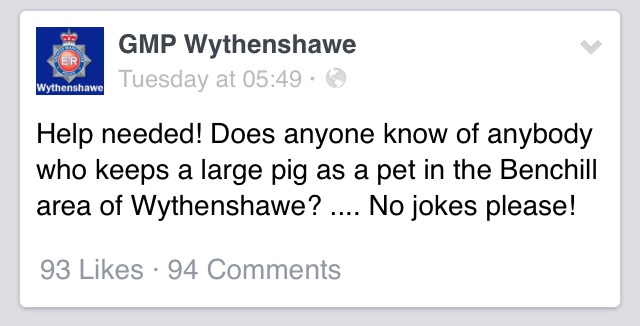 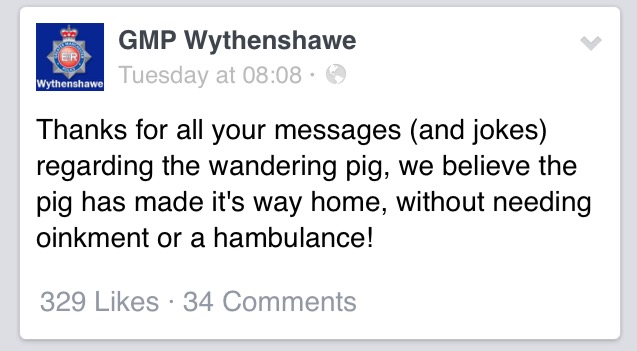 “Come here you swine!” The pig made it safely home.

The pig appears to belong to the brother-in-law of Sheralyn Smith, who replied to the police’s original message saying: “I do, my brother in law. It got out but it’s back in now.

“I rang them, they said it got out, but they have it back now.”

According to the Manchester Evening News, this is not the first time the pig has been loose. It’s a ham-bitual offender, although it hasn’t been reported to police until now.