Stunned members of the Free Speech society wanted to display the iconic cover on their stall on Tuesday.

But they were rumbled when the SU General Secretary told them it was “unsuitable” just hours before the event. 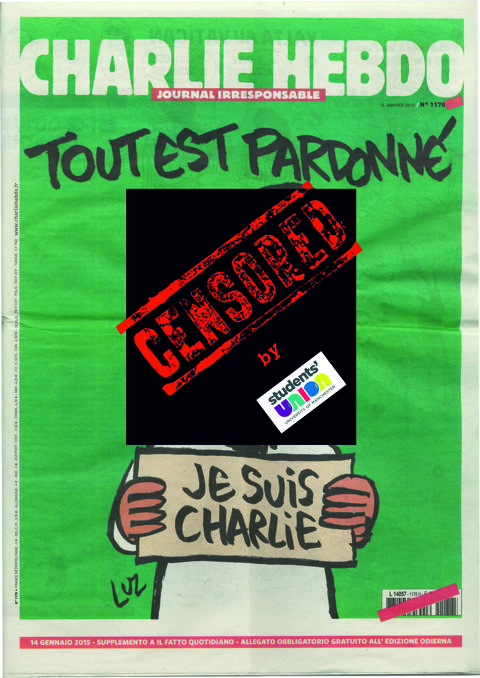 An image dispatched by the Free Speech Society

Courteous Free Speech Society (FSS) members sent the SU an email before the event, telling them that they planned to use the image.

They had one of 10 copies of the infamous Charlie Hebdo magazine with the cover image of the Prophet Muhammad holding the “Je Suis Charlie” sign.

The Society then received a message from the SU General Secretary, Charlie Cook, informing them that they could not display the magazine at the Refresher’s fair the night before the event.

Speaking to The Tab, Charlie said: “The open presence of the magazine was not in the interests of the event.

“Our primary objective was to ensure this event was as welcoming and accessible as possible.

“That is always at the forefront of our work.”

Charlie added: “As the FSS state, our students are more than capable of making up their mind on issues but it is also important to recognise that we share this campus; that its prosperity is reliant on a balance of views and that we as a Union are responsible for facilitating this.

“This does not mean that one group gets to claim precedence over another or that one’s right to offend supersedes another’s to not be offended, we all have these rights and with them, duties which we must accord each other.

“FSS value their right to freedom of speech and our Muslim students value the sanctity of their faith and the right to practice without constant justification and judgement, which in this instance includes not depicting the Prophet Muhammed.

“Ideas and ideology are not protected from criticism, by any means, and we agree that ideas should be challenged through dialogue, in this instance we felt that the presence of the images neither contributed to that dialogue, nor respectfully engaged people in those discussions.

“This is the atmosphere we aim to foster here at the Union and we felt this was best achieved through the compromise agreement with FSS.” 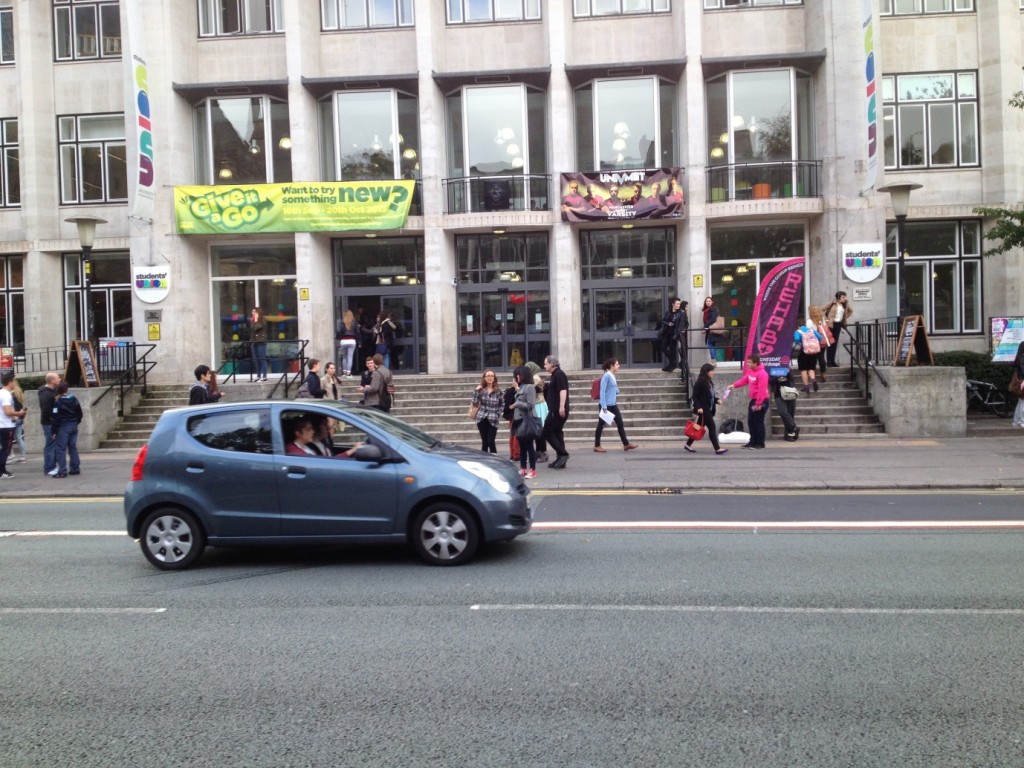 What will they ban next?

Now some frustrated students have spoken out about the censorship. Appalled by the ban, a second year linguistics student said: “It’s almost ridiculous that the union feel the need to ban the Charlie Hebdo cartoon”

“I cease to deny my understanding of the offence some students may take, but how can a university make every single student feel comfortable in this day?

“Instead, the uni needs to concentrate on universally important ideals such as  our right to a freedom of speech, in a place where it is so important for us to have our own ideas.”

However, not everyone agrees with the uproar. A history second year told The Tab: “I really agree with the SU’s decision to ban the Hebdo cartoon.

“I think it could really offend some students if they were to see it around uni.”

A spokesperson from the Free Speech Society also spoke on the censorship. They told The Mancunion: “Discussion around the issue of freedom of speech and the limits of offence must necessarily include the object of the controversy.”

“Without it, debate is stifled and discussion limited”

“[this is] the antithesis of what a university should promote.”