He was fired in March

Loughborough Students' Union's Media Executive Officer has been fired from his position and given a full-life ban from LSU and the university campus.

In a statement released by the SU this morning, it was announced that Gafyn Donald's employment with the SU was terminated in March this year, as a result of an investigation.

The statement can be seen here: 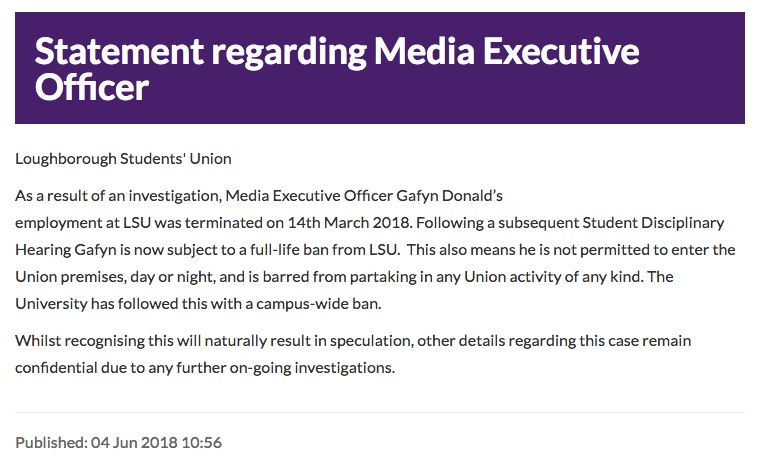 It states: "As a result of an investigation, Media Executive Officer Gafyn Donald’s employment at LSU was terminated on 14th March 2018. Following a subsequent Student Disciplinary Hearing Gafyn is now subject to a full-life ban from LSU.

"This also means he is not permitted to enter the Union premises, day or night, and is barred from partaking in any Union activity of any kind. The University has followed this with a campus-wide ban.

"Whilst recognising this will naturally result in speculation, other details regarding this case remain confidential due to any further on-going investigations."

His name has also been removed from the table of roles found on the LSU website, with the Media Executive Officer box being left blank. 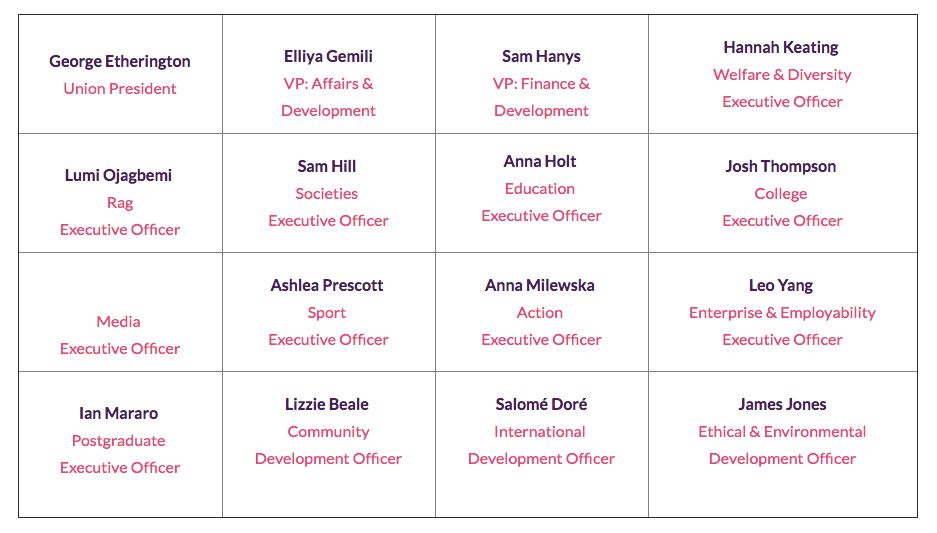 Throughout his campaign to become Media Executive Officer, Gafyn Donald played on his last name to use the McDonald's logo to gain the votes of Loughborough students.

He also took part in the LSU Execs' video earlier this year when they covered 'Despacito'. 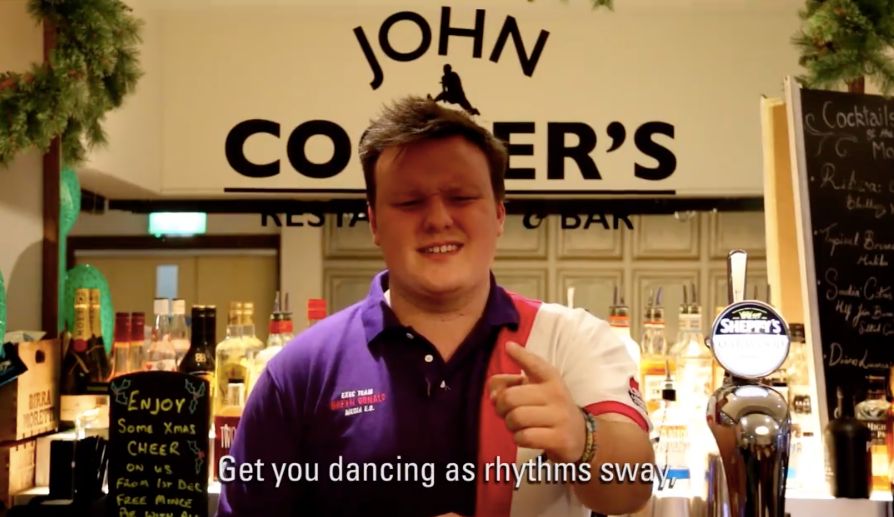 The Tab Loughborough is working to investigate the reason for this termination and we will be updating you shortly.

If you have any information about Gafyn's employment termination please message The Tab Loughborough Facebook page or WhatsApp us on +44 7715 750931.