UCL renaming buildings to distance itself from ‘racist’ eugenicists

They are also issuing a formal apology

Following the final Eugenics Town Hall meeting on Friday 28th February 2020, UCL Provost Michael Arthur has pledged to act on suggestions which will lead UCL to acknowledge its controversial past with the subject of eugenics, while moving towards a more positive future.

Eugenics is a pseudoscience which attempts to link characteristics, including intelligence, to genetics, and more specifically to race. Eugenicists usually believe in the possibility of a human “super-race”, created by only breeding those with “desirable” characteristics or “positive eugenics”. The Nazi extermination regime was heavily influenced by 20th century eugenic theories.

Sir Francis Galton and Karl Pearson were both 19th century figures at the forefront of this so-called science, and both worked with and bequeathed considerable sums of money to UCL. They have left the University with lecture theatres and buildings named after these “racist” figures.

This may be where the University’s links with eugenics began, but it is certainly not where they ended. An independent inquiry began in December 2018, following a series of unfortunate events, including the campus hosting a secret London Conference on Intelligence and a poorly thought out snow-day tweet.

In Friday’s meeting, the indendent chair of the commission, Iyiola Solanke, outlined the methods and key findings of the 15-month inquiry. UCL’s outgoing President and Provost Michael Arthur was present, and has pledged to act on the suggestions outlined in the report. 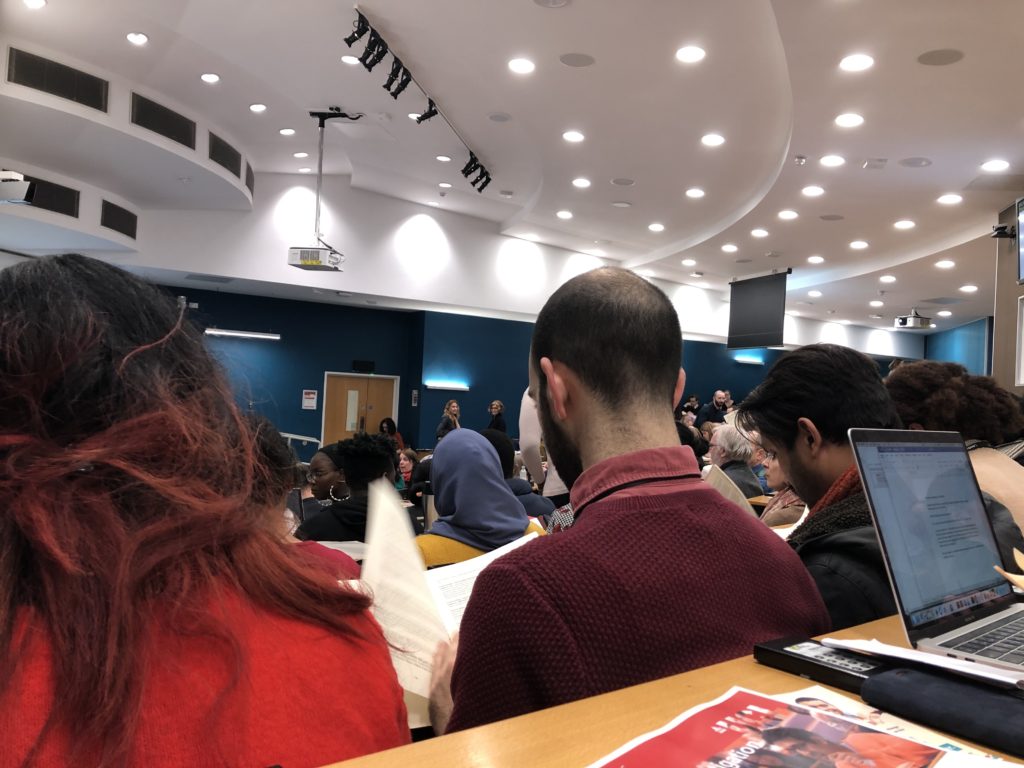 The goals laid out by the inquiry broadly revolve around formulating “practicable, measurable” changes to create a “culture of caring … [to] reflect UCL’s mission as a diverse intellectual community”, combatting racism, classism and ableism within the University.

In addition, the report is supported by a range of principles, including the idea that UCL must face its history with eugenics face on, and approach it “with sincerity, humility and honesty”. According to the report, this past must be “openly and critically discussed” and “tackled using a multi-level approach” to confront the issue at “individual, collective and environmental” levels. 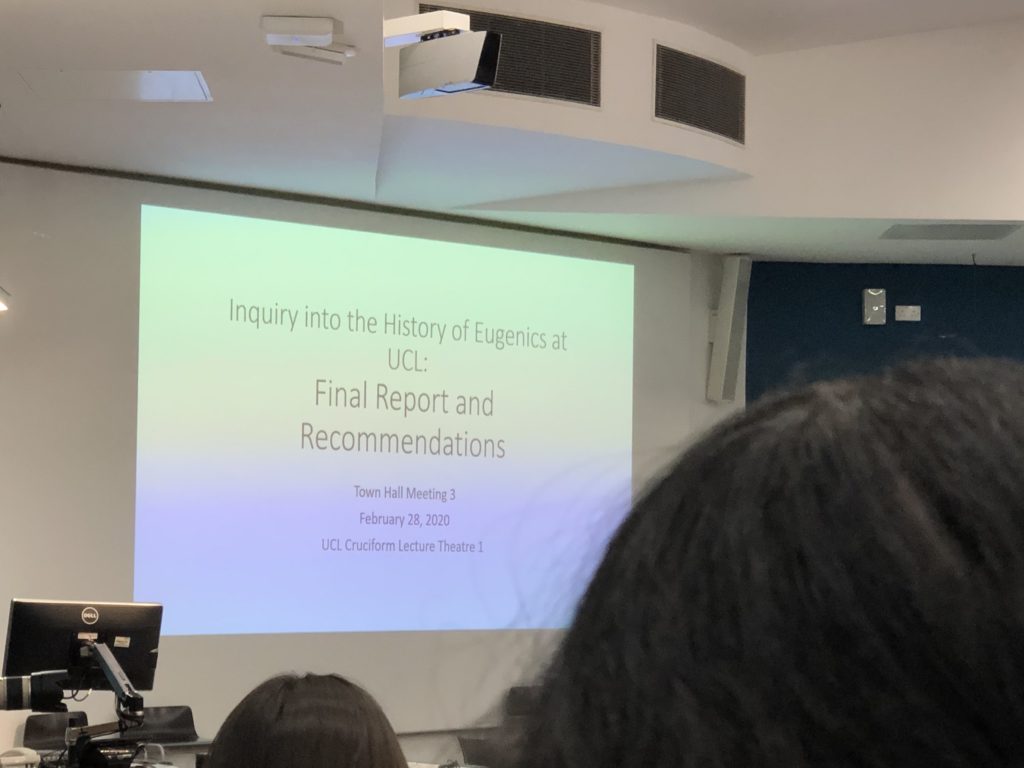 At its core, the commission was convened to establish goals which the University can work towards. These broadly fall into three groups: teaching the history of eugenics, apologising for UCL’s previous links and undertaking to study the discipline’s history.

These are broken down into ten actionable steps, including teaching the murky past of the British Empire in UK schools and renaming University buildings which are currently named after eugenicists. In a similar vein to the World Economic Forum Gender Gap Index, the inquiry also suggests UCL convenes a symposium on the “Race and Disability Gap Index”. As well as linking to the eugenics issue, this measure would work towards combatting the fact that only 0.1% of UK professors are black women. 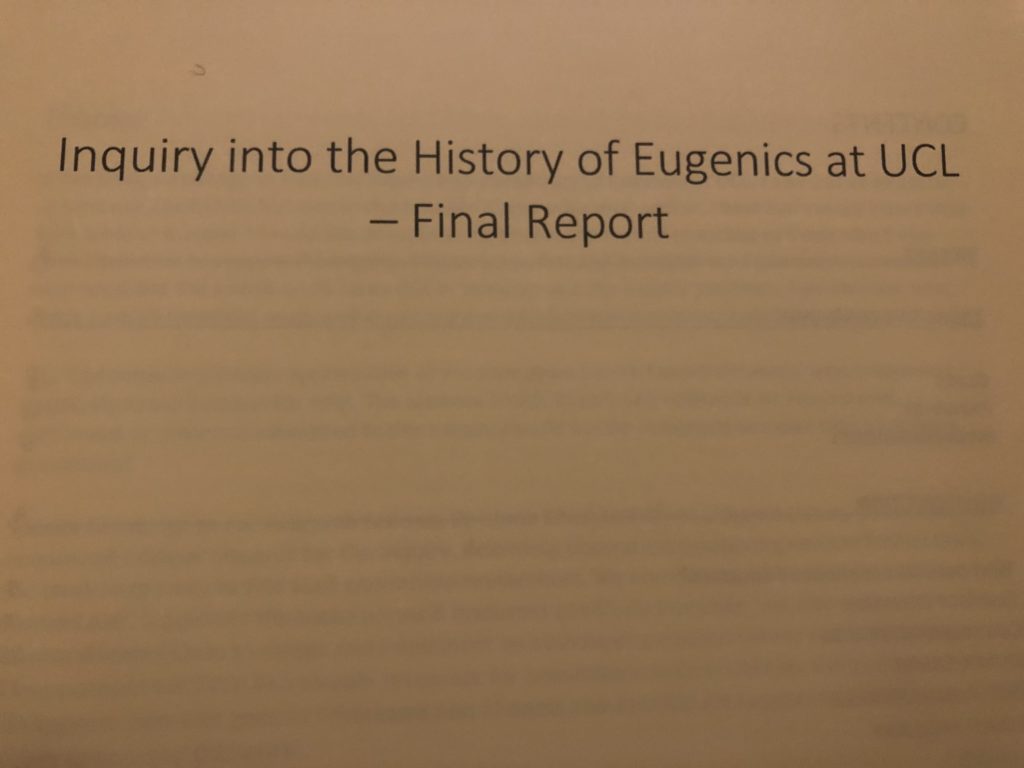 The inquiry was not without its hitches, though. An alternative set of recommendations were put forwards by the “More” group of nine commission members, who refused to sign off on the official report. Their concerns mainly revolve around the commission’s refusal to discuss the London Conference on Intelligence in any real detail. Michael Arthur  has pledged to accept and work on both sets of recommendations going forwards.

The full report will be available online shortly, as well as a series of FAQs addressing questions asked at the end of the town hall which were not answered satisfactorily. You can find UCL’s full response to the report here.