‘This is only the beginning’: We spoke to Independent Workers Union GB ahead of their strike at UCL

Cleaners, porters and security officers will strike for equal rights with in-house staff

The Independent Workers Union of Great Britain are organising the biggest strike of its kind that UK Higher Education has ever seen, right here at UCL.

Hundreds of cleaners, porters and security officers are expected to strike over their status as outsourced workers, meaning they are employed by third party companies including Sodexo and Axis, rather than directly by UCL.

This leaves them with different working conditions to in-house staff, including zero-hour contracts, unsatisfactory pension schemes and worse sick pay.

98 per cent of cleaners and 98.75 per cent of security officers who voted in the union’s ballot backed the strike action. A protest on the 28th October made up of students and staff from all over the university suggests widespread support for the cause. 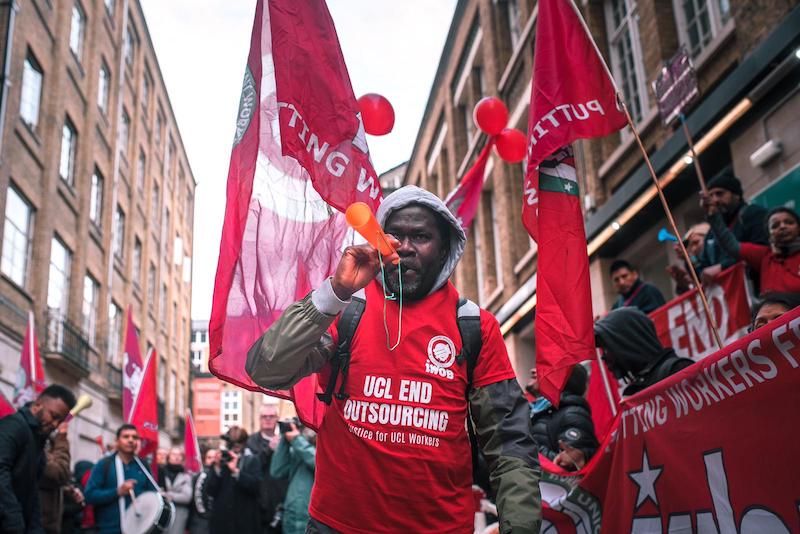 Maritza Castillo Calle, the IWGB University of London branch chair and former UCL cleaner, told us: "The protest was amazing, it really showed how ready workers are to fight and win this. It also showed how much support there is for us amongst students and they are vital allies in this fight.

"We need as many students as possible dancing and chanting on our picket line next week. This is only the beginning."

The IWGB have said students can show their support for the strikes by going to the strike itself and joining the picket line, as well as sharing the Facebook event and inviting friends. UCL students have also set up a student campaign, which you can get involved with to support the cause. 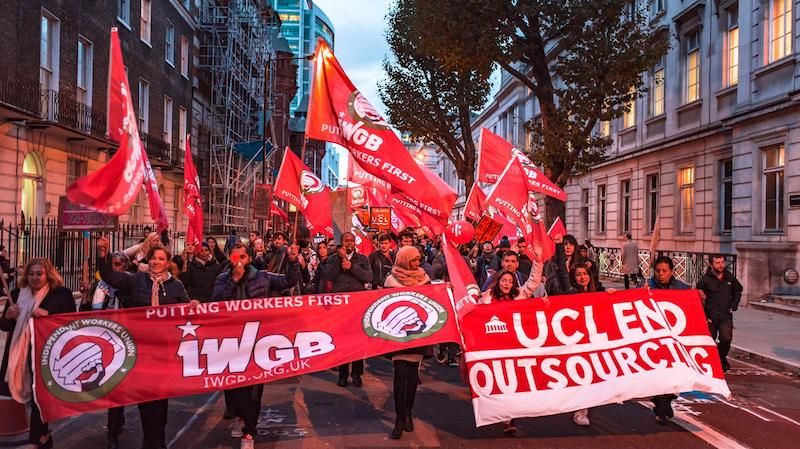 A UCL spokesperson said: “UCL has committed to ensuring that security, cleaning and catering staff will receive the same or equivalent pay and benefits as directly employed staff, following constructive negotiations with our recognised trade union UNISON.

“Our colleagues working in security, cleaning and catering fulfil essential roles at UCL, on which we all depend. We have listened carefully to their concerns and we are acting. We will continue to listen and respond to concerns raised by our community.”