Because it’s about time we did something.

The Not Cool Club is a new student-led movement focusing on combatting sexual harassment on campus. They’ll be launching their 'Not Cool Sessions' next month, encouraging students to stand up against the casual sexual harassment which occurs all over campus, every day.

Their mission is to provide more than just another consent class, instead inspiring the people they work with to be "cool enough to be #notcool about sexual harassment". They also hope to bring in guest speakers connected to the issue in future.

We spoke to Ian Piczenik, the initiative’s president, to find out more.

Of the issue itself, he said: “Sexual harassment is so normalised in our society. We know it’s wrong, but so much of it is perceived as normal behaviour. If it isn’t an incident you want to report, your only option at the moment is to do nothing about it. We’re here to try to create a middle ground where it isn’t cool to stand by without saying something. I believe the way to solve these normalised behaviours is by creating a normalised platform to tackle the issue.

He acknowledges that the potential for maximum engagement lies in a student-led initiative anyway, though: “If it comes from the university, students don’t want to know. If it comes from students, you can relate to it. We’re trying to facilitate engagement.” This is also the aim underlying their social-media-friendly marketing style, which draws inspiration from clothing brands including Stone Island. 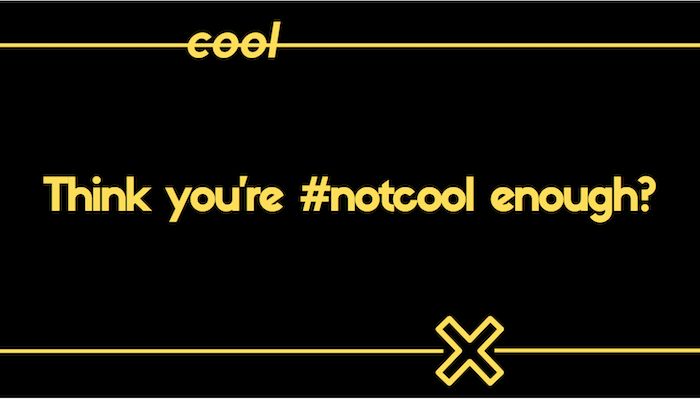 Sexual harassment is being spoken about evermore freely at UCL. This year, the Union announced a partnership with Rape Crisis to help women affected by sexual misconduct, and has designated voluntary Dignity Advisors trained to help with sexual harassment allegations. They are working to finalise contracts with Survivors UK, who will be able to offer the same support to men as Rape Crisis does for women.

The disaffiliation of the rugby team last year was also the result of a lot of conversations around the issue. Where does Ian stand on that? “Disaffiliating put them on pause, but it’s not helping. It doesn’t help to solve the issue. It’s just closing it in a box and hiding it away for a while.”

Several previous members of the men’s rugby society are enrolled as reps for The Not Cool Club, in a move Ian sees as very positive, given the inevitability of the men’s team’s re-affiliation at some point.

So, how would he sum up the aim of the group in a sentence? “I want to give everybody, in any situation of harassment, the confidence to turn around to someone else – whether it’s your best friend or someone you hardly know – and say mate that’s not cool.”

Seeing a student-led initiative attempting to combat these issues is encouraging. The Not Cool Club is a fresh take on the harassment which has long overstayed its welcome on campus. They have every chance of being able to effect change in a way that more conventional paths have repeatedly failed.

A UCL spokesperson said: “UCL is committed to ensuring a welcoming and inclusive environment for students and staff and is taking action to combat harassment and misconduct – such as the launch of our university-wide Full Stop campaign, which is accompanied by our online ‘Report + Support’ tool with an anonymous reporting function. We want to send a clear message that such behaviours are unacceptable at our university.

“Making cultural and behavioural change happen requires our whole community working together, so we are delighted that members of our student community are proactively leading in this area alongside our Students Union.”

And how can you be a part of the movement? They're recruiting student reps to spread the word, and you can sign up to be one here. Alternatively, if you're involved with a society or sports team and are interested in hosting a Not Cool Session when they launch in November, sign up here.