He wants to put a stop to Brexit

Chuka Umunna spoke at an event hosted by the UCL Liberal Democrats on Tuesday, and we went along to hear what he had to say.

Once crowned the most fanciable MP in Labour by a totally reliable Sky News poll, Chuka grew up in South London before going to uni in Manchester and then Nottingham (cities somewhere North of London) to study Law. He says if he were to do uni again he would spend less money on having a good time – wild. 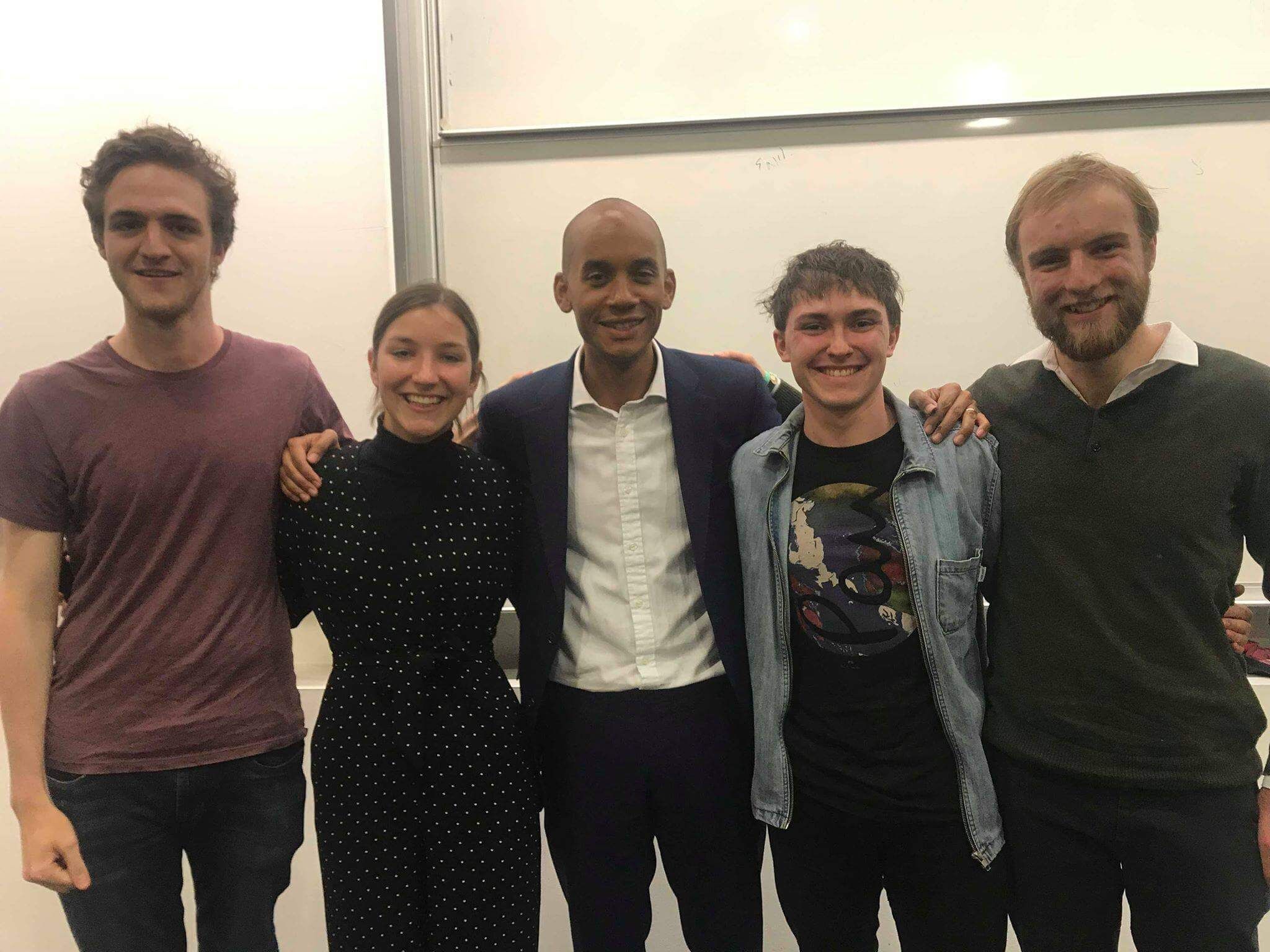 He left Labour earlier this year to form Change UK, which he then also left before eventually joining the Liberal Democrats.

His appearance at UCL focused largely on Brexit. Chuka spoke passionately to the full room, many of whom donned "STOP BREXIT" badges. It’s an issue close to Chuka’s heart – he claimed it as a personal attack (Chuka has Irish and French roots) as he demanded "HOW DARE THEY DO THIS TO MY FAMILY?"

Chuka didn’t hold back from bold statements, claiming that Brexit is "the biggest issue we have faced as a country since the second world war", and that those supporting it are "quite often authoritarian", and are "normalising violence."

Chuka thinks a general election is going to happen soon, he said: "It will probably be announced next week." He will be standing in the Cities of London and Westminster constituency, and if his party wins the election, they are promising to put an end to Brexit.

Beyond Brexit I asked Chuka about tuition fees, which he used to want to scrap (woohoo) but now doesn't (yikes). Instead, he believes they should be means-tested and only scrapped for students who come from low-income backgrounds.

He justified changing his mind by claiming that the introduction of fees has allowed more students from lower economic backgrounds to go to university than before – the opposite of what he thought would happen.

Extinction Rebellion are busy blocking roads and bridges across the city, but apparently, they found time to give Chuka a free tree which he seems pleased with. He thinks what they are doing is important in making the emotional case for climate action, yet seems doubtful they will make any difference.

He decried the environmental movement in the UK as too white and middle class, saying he’s fed up of going to climate action meetings and being the only person of colour.

Basically, the deal is this:

If you want to stop Brexit, you should vote for Chuka.

If you want to scrap tuition fees completely, you shouldn’t vote for him.

If you are part of the rare breed of students that actually want Brexit, you definitely shouldn’t vote for him.

Either way the most important thing is that you vote, and you can't do that if you haven't registered. Do that here, it takes two minutes.