A UCL library was dramatically evacuated yesterday after an intruder made a bomb threat and pretended to fire an imaginary gun.

Policed tackled the intruder to the ground after the bizarre rant, which included mentions of Rick and Morty, shouts of "fuck Obama", and claims that he had a bomb in his backpack.

One witness told The London Tab: "He said he was the king of the universe and multiverse and that he could control everything."

Watch the video of the man being tackled and arrested on The Tab's Instagram story.

A witness told The Sun: "The police arrived and managed to tackle the man to the ground and took him away handcuffed on a stretcher." 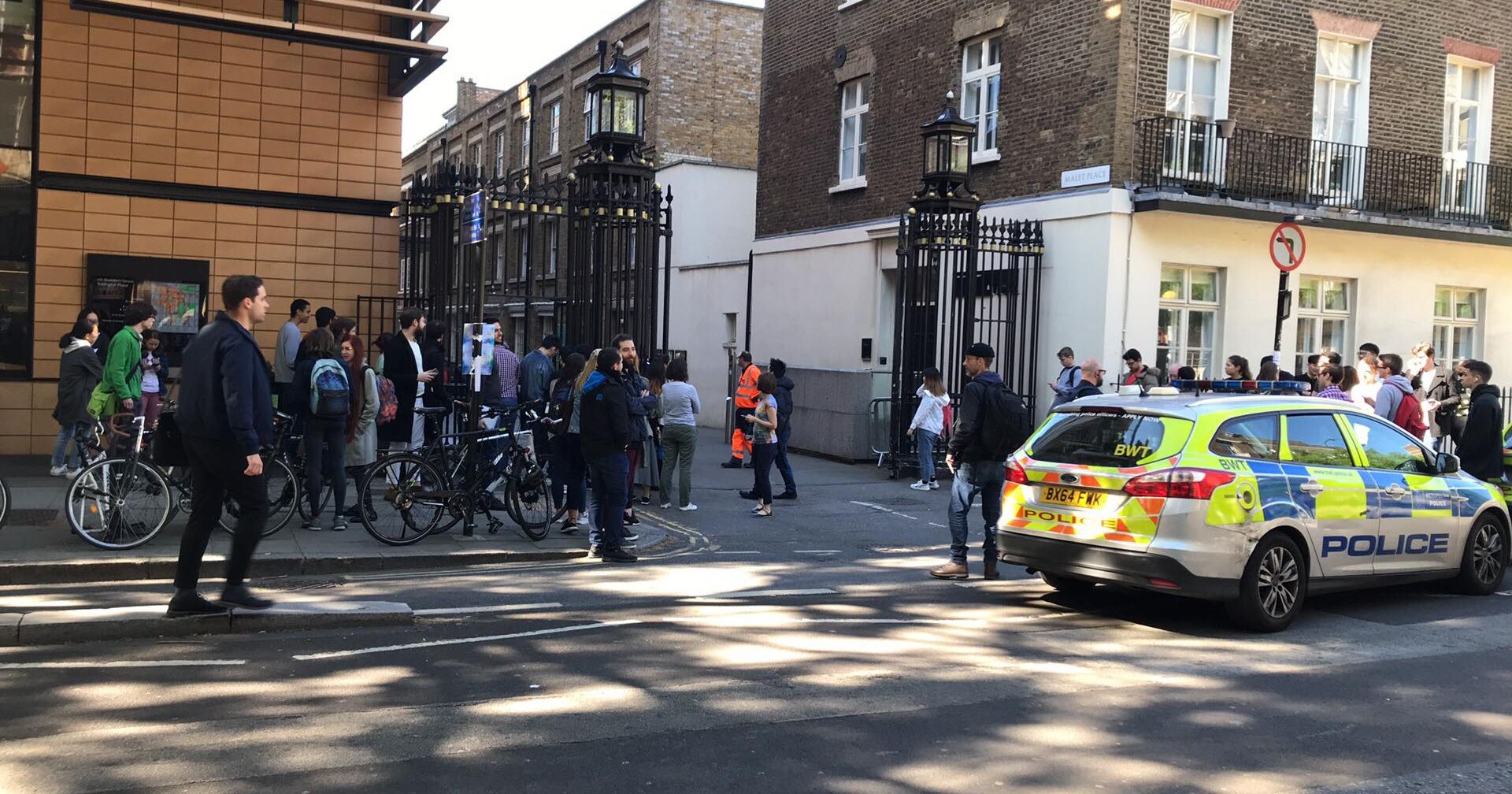 Around 15:30 a man entered the library and started to rant in a disturbing manner and recording himself on his phone.

It is currently unclear how the man got into the library past the security gates.

He stopped people by the door of the library and asked them for cigarettes. When no one responded to him he walked to the computer cluster at the back of the ground floor.

Liam, a second year history student, was at the computer cluster and told The London Tab that the man came over to the students and started "talking randomly" in a German accent.

"He said he was the king of the universe and multiverse and that he could control everything."

Liam explained that the man would say random phrases in the middle of his speech like "Rick and Morty."

The man then started asking for peoples computer passwords and people started to laugh.

Liam said "Most people laughed and then he went away but I could tell something was very off about him."

The man then went upstairs to the second floor where his behaviour became more disturbing.

He started asking students if this was "Imperial University" and then shouted that it was actually "Warsaw University." He then started to do the Nazi Salute.

Jamie, and engineering student, was on the second floor and described the man's behavior as very "scary."

"He faked that he had an imaginary gun in his hands and started shooting people."

The man then said that he had "bomb" and left the room.

Jamie explains that "we didn't believe him and nobody moved so he came back in and repeated, 'I actually have a bomb in my backpack, this is not a joke.'"

The man then went back down to the ground floor and started to shout; "F*ck Obama" and "Give me your Passports."

At this points the students who had heard his threats about a bomb rushed down to security to tell the library about the threat and the police were called.

The fire alarm was sounded and students existed the building.

Lots of students did not know why they were being evacuated or what had happened.

The police arrived and arrested the man. 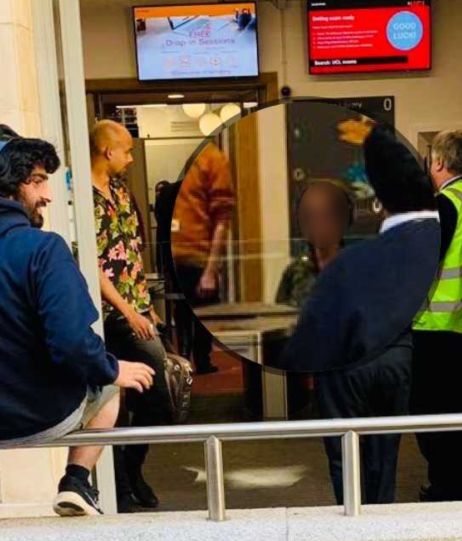 Jamie told The London Tab he was disappointed by how long it took for the man to be arrested. He said: "I hope this helps increase security at UCL because the response time was appalling."

The police spent about an hour searching the library for bombs with sniffer dogs.

The library is now re-opened.

UCL released an official statement about the incident on Twitter.

Following a security incident at DMS Watson Building (Science Library) in Malet Place, police were called and arrested a man. A number of buildings remain evacuated while police investigate. We will update with further information shortly.

Following the security incident earlier, police have now completed their checks and the affected buildings have all been re-opened.

A UCL Spokesperson told The London Tab: "We can confirm a security incident took place at around 3.30pm today (Tuesday 14 May 2019).

"Police were called after man was seen behaving suspiciously. He was arrested at the scene.

"The DMS Watson Building, the Petrie Museum, along with Malet Place, were evacuated temporarily while police carried out their investigation. All have since been re-opened."

We will update the article when we have more information.