Honestly, the things we do for you guys…

If you hadn't already heard, Uni-Dating, a dating webapp exclusively for UCL and Imperial singles has recently been created – because, you know, the dating scene around here wasn't tragic enough already. So to save you all the hassle/embarrassment of seeing if Uni-Dating is worth a look, I decided to investigate…

When I first signed up a couple of weeks ago (hating myself every step of the way, of course) the site was fairly new – and it showed. 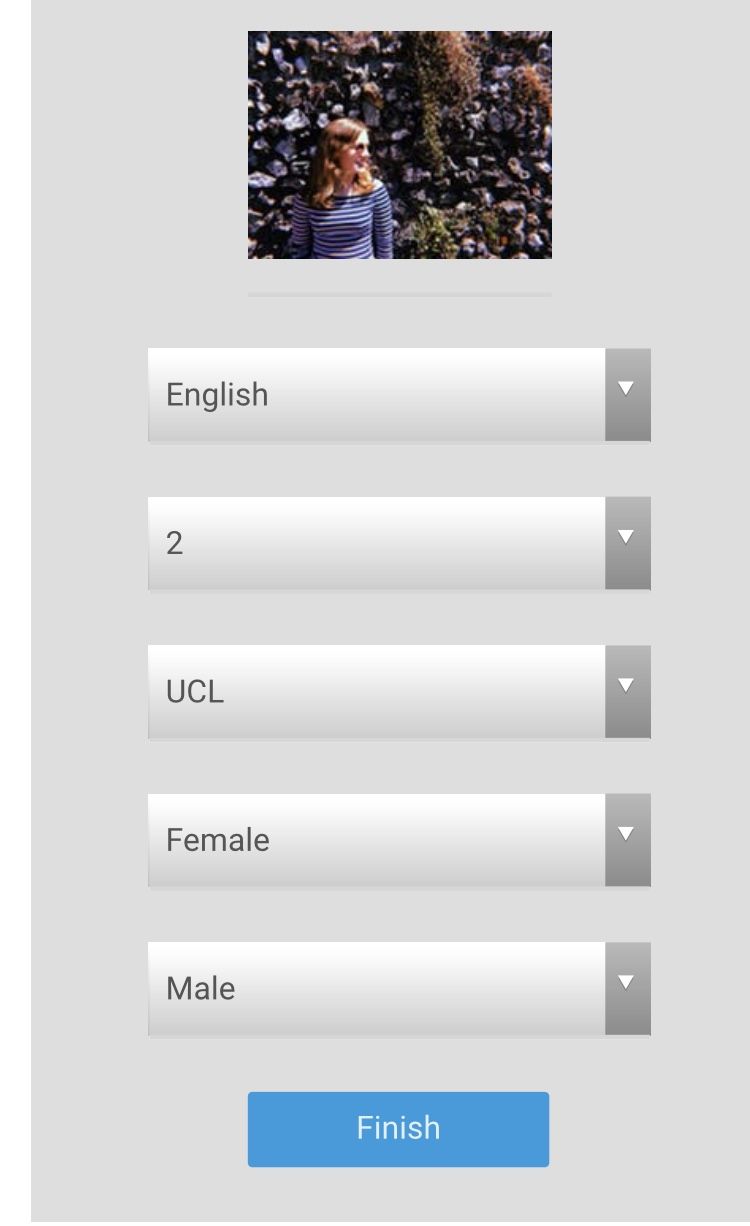 Such a detailed profile wow

The information required in the profile was incredibly basic; you could only upload one photo and it asked for your uni, course and year, and then your gender and the gender you're interested in.

Couple of issues here: there's no space for a bio/personality, you at no point entered your actual age and they only offered male and female for each gender option. So not exactly off to a great start.

The setup is pretty similar to Tinder – swipe left for no, right for yes, match, inane conversation, self-loathing. You know the drill.

I wish I was this great a conversationalist.

Such an original opener. 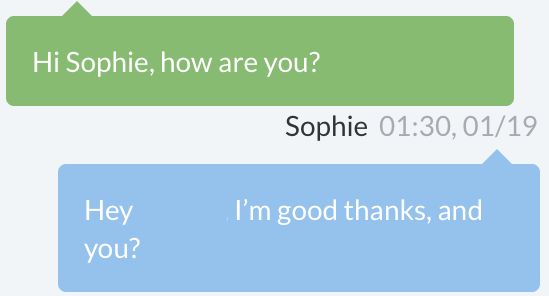 I honestly wanted to claw my eyes out at this point.

At this point the whole site was riddled with bugs, it frequently crashed and they even managed to allow a glitch letting King's students sign up. Unforgivable. 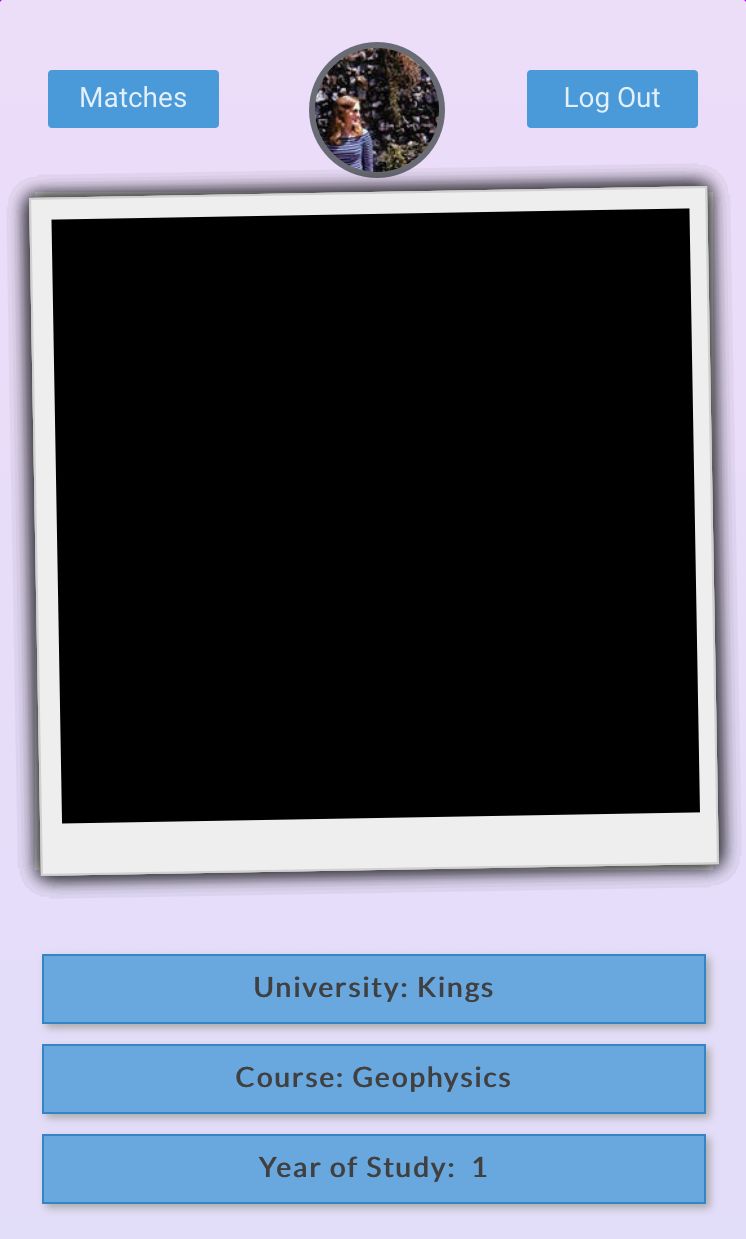 Interestingly, the bugs and general inconvenience of the site essentially wingmanned people by allowing a fasttrack to the DMs of potential baes. About a third of the people I spoke to on the original app sent a message along these lines, managing to ask for my Instagram or Snapchat without sounding too creepy.

It seems, after a surge of interest presumably sparked by the flurry of UCLove posts about it, the admins realised their site just wasn't cutting it. So we got this little note:

I wasn't sure the update would change my mind at all.

Shortly after this the site went down for the promised revamp. In all fairness, it came out the other side looking a lot less like someone's year 10 DiDA project.

Unfortunately, the revamp deleted all existing accounts, so I had to go through the profile-creation process again. Lucky me.

They've added slots for a whole two new photos (which don't centre properly), and space for a bio, but the other issues regarding age and gender remain unchanged. 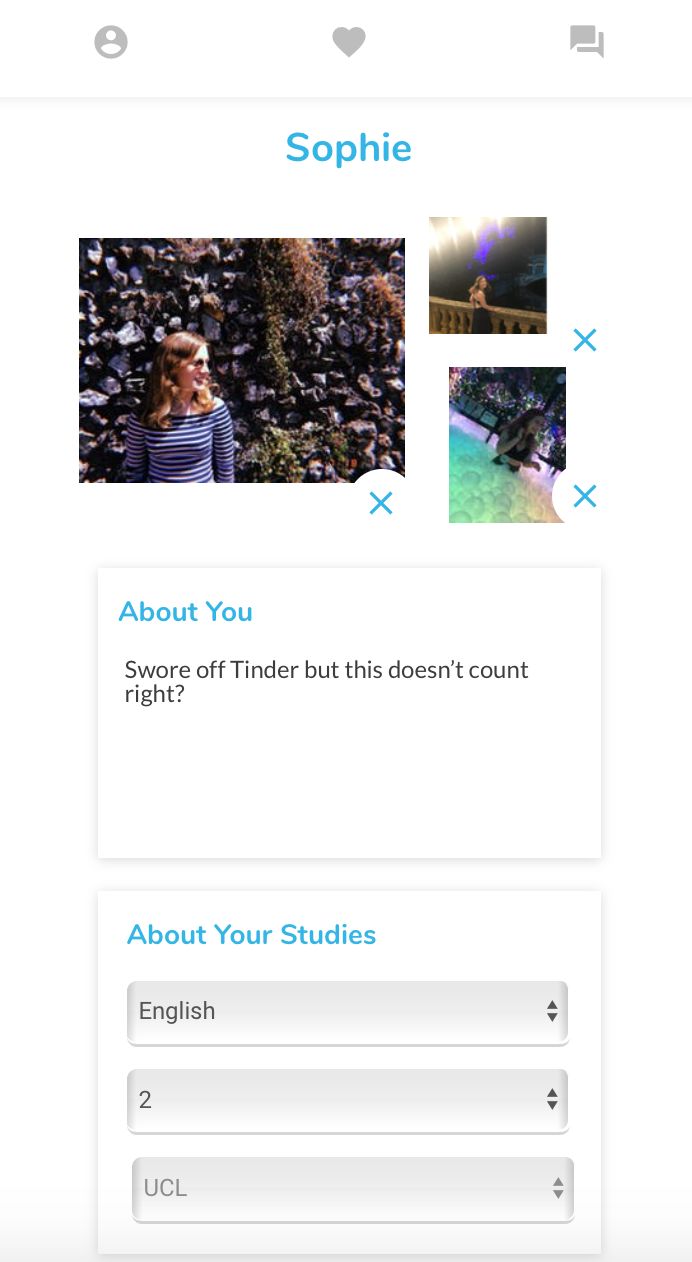 Wow I'm such a catch

The bugs have largely been ironed out, although it says you've run out off people to swipe through every 6 profiles or so, ruling out an extended drunk swiping session with your mates. Which, upon reflection, is probably a good thing…

One cute little feature which made me feel like I was on a dating site for the over 50s is the email-notification system. They send an email to your university address for every match and (on the old version) every message you receive. Which is all fine until you have to open your Outlook on a computer in the library and everyone can see that your inbox looks like this: 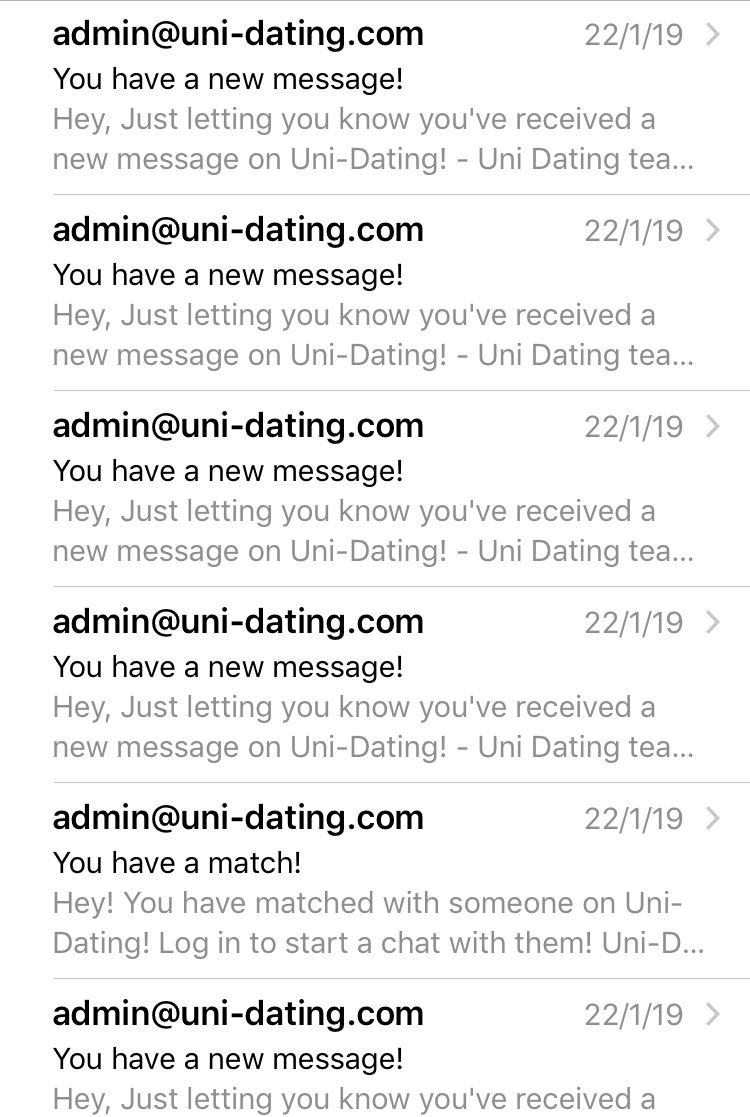 So, now that they've had their facelift and they're expanding to other universities, what's the verdict?

The webapp is definitely smoother than it was to start with, and it looks a lot better too. They've come a long way in the space of a couple of weeks, and I have no doubt that they will continue to improve and enjoy pretty respectable success.

However, I'm still not sure about the exclusivity aspect, and the prospect of increasing the chances of running into the recipient of drunk 3am messages on a very sober Monday morning on campus doesn't exactly sound ideal to me… Besides, part of the fun of normal dating apps is getting to meet people you wouldn't normally cross paths with.

All that said, I don't think we've heard the end of this one just yet.

If you decide to sign up, send screenshots of the best/worst messages you receive to our Instagram for a chance to get featured on our story.