‘Welcome to the real world, its nothing like university’.

I’m sitting down in a depressing open space office where everybody seems to be wearing Primark suits. What is this place? I’ll tell you: it’s called the Job Centre – its where I went the day I handed in my Masters dissertation. It’s not a very nice place, but it gave me a lesson which nearly two decades of education never did.

It began with me sitting on a sofa waiting to see my job coach. My head was leaning back against the wall ruminating, over how I’m 22 years old, have two degrees and yet I’m sitting in a Jobcentre.
To my left there was a really pretty girl. I thought to myself that talking to her could be a means of numbing; ‘the post-graduation Jobcentre pain’. I looked at her and quickly manufactured a reason to start a conversation. She had that bait bag, all the kids wear in Brixton (Fjallraven Kanken), so I strategically asked her: ‘hi are you a student’?

It turned out she was just like me- a graduate. We both nostalgically talked about how amazing student life was and how tragic it is to back in the real world. She then told me she was seeking the ‘dole’ as she had been unable to find work after graduation. She said she was shocked her degree had not aided her with employment. Being the strategic man I am, I used this opportunity to boast about how I had just finished a Master’s degree. 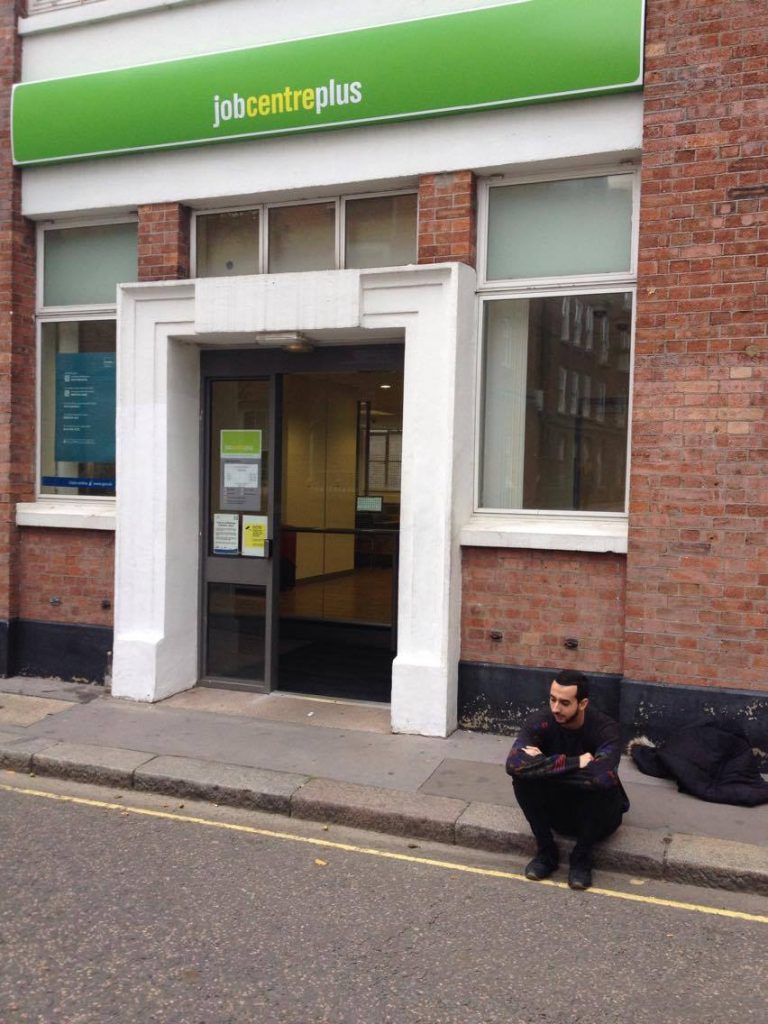 Me in the real world

I told her: ‘there’s a saturation of people with degrees’. ‘You now have to make yourself stand out for employment- which is why I did my Master’s’. She then asked what I had a MA in: I said ‘Cultural Studies’- the conversation then went silently awkward. Just before I could explain what ‘Cultural Studies’ is my job coach called my name.

My job coach was a pleasant man called Tunde (short for Baba-Tunde). I told him I had just finished my second degree and wanted to go on JSA- until I found employment. He said this was very common amongst graduates and said I just had to sign some papers. He also said whilst being on the dole, I would have to be actively seeking employment. He said it was his job to assist me with seeking employment; but to do this he needed information about my education.

I told him my BA degree was in Film Studies. Things suddenly went awkward, as he had never heard of ‘Film Studies’. I tried to explain to him for the next four minutes, that Film Studies is an academic subject. Not one which teaches you how to make films and then edit them- on Windows Movie Maker. But an actual academic subject which treats film as a form of high art. The job coach didn’t understand.

He then asked me about my Master’s degree. I told him it was a Masters in Cultural Studies and then things became even weirder. For the next four minutes I tried to explain to him, that Cultural Studies was this new radical discipline which had emerged in British universities. I told him it was a mixture of different disciplines- Sociology and Media studies. He didn’t look at me but just nodded and tapped his keyboard slowly. 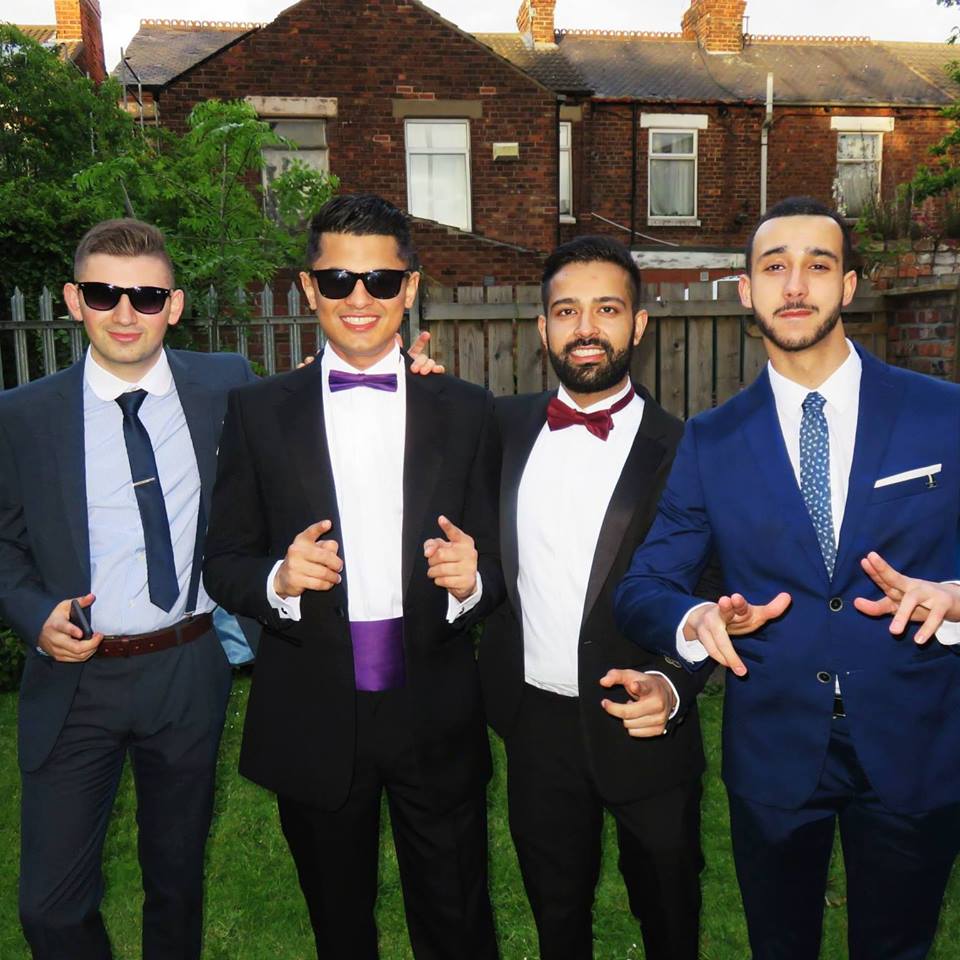 He then asked me what kind of employment I wanted. I said I wanted ‘menial stuff- retail etc’.
Things then went awkward again. He told me I should be seeking a ‘graduate placement’ and said I’ve got two degrees so it’s ‘stupid for me to pursue a retail job’. I tried to explain to him that I needed to rest, as my Masters had mentally exhausted me. He laughed and said I didn’t need rest as I would be resting when I retired at 70.

I tried to counter-argue like I used to do in seminars. I told the job coach: ‘your contention lacks logic. I do need rest, as I’ve just finished an intense theoretical 12 months Masters’. I’ve studied complex theories and applied them to cultural phenomena’s. I’ve written 4,000 word essays. I’ve been in the library everyday reading books non-stop for 12 months. I’ve also written a 16,000-word dissertation: about the newspaper representations of Muslims and the governments counter-terrorism strategy’. The job coach remained silent, tapping at his keyboard slowly…

So I manufactured another reason: I said I wanted a ‘menial job to save cash and thus start my graduate job looking slick in slick suits’. He said I wouldn’t need cash for slick suits, as my JSA entitled me to ‘free Matalan vouchers’. I tried to explain to him that Matalan did not sell clothes which caters to my ‘kinda swag’. TM Lewin vouchers would be more my kind of thing. He told me he didn’t know what ‘swag means and that I could only get Matalan vouchers for free’. 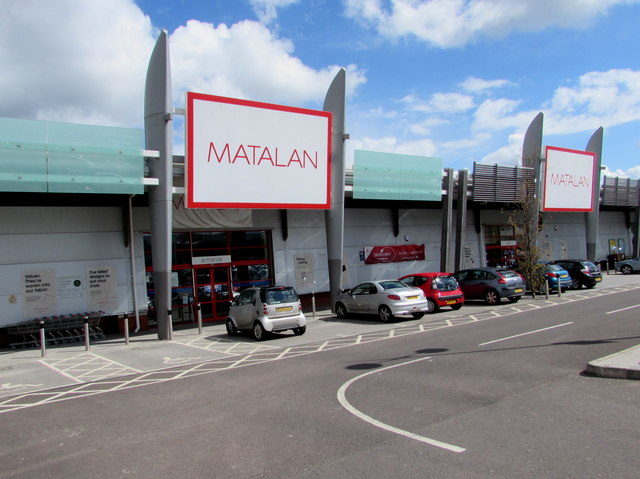 “Got any Top-Shop vouchers instead?”

I only did this Masters so that I could get a PhD and become an academic- but have now decided I don’t want to teach Sociology, to stupid fresher’s for the rest of my life. So I currently have no clue what so ever what career I wish to pursue’. I tell Tunde, ‘I just need some time I’m like Dustin Hoffman from The Graduate. I’m a butterfly trying to find myself, I’ll get there eventually’.

Tunde then tells me he’s not familiar with The Graduate, but is familiar with graduates like me. Graduates that struggle, with the transition from the student world to the real world. He also tells me he’s used to graduates who graduate, and think they can get free money from the Jobcentre. He says there’s no such thing as free money in the real world.

For me to carry on getting my Jobseekers, Tunde says I have to prove I’m seeking employment. I have to fill in a daily diary and use a government regulated job matching website.  I also have to see Tunde weekly and tell him about my employment search. If I fail to see Tunde- the JSA cash stops. Tunde then shakes my hand and says to me: ‘welcome to the real world, its nothing like university’. 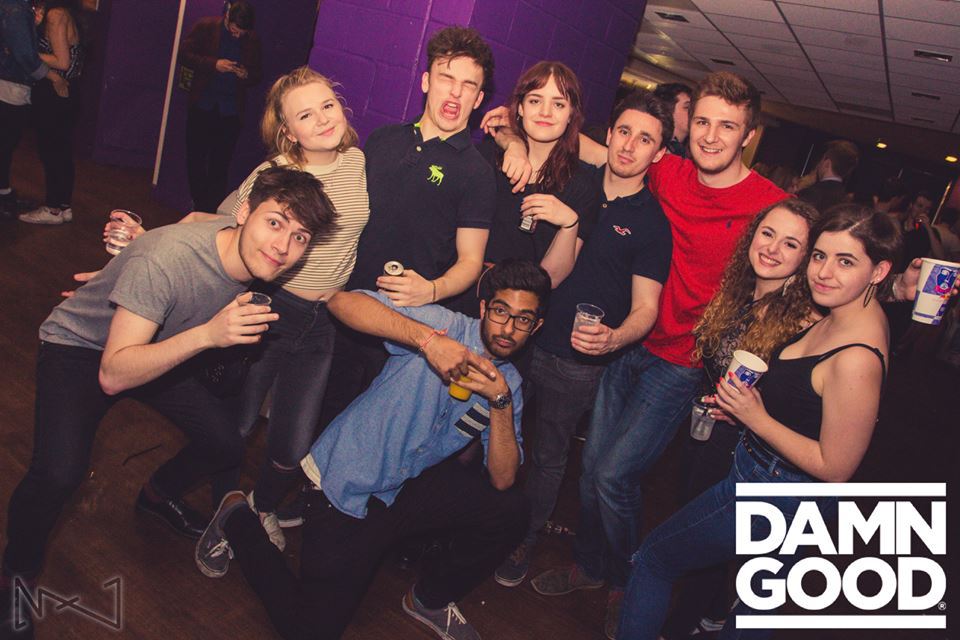 Please take me back

I walk out the Job-center and ask the security guard to direct me to the water tap machine. He tells me: ‘they no longer have any, as the government cut them in order to save money’. I stare back at him and cheekily remark: ‘the price of austerity eh’? Just as I get to the door of the Job-center I stop and look at the grey clouds above and tell myself to soak it all in.

When I was in university I often heard the term- ‘the real world’. I don’t really know too much about the real world, but what I do know or at least think I know, is that this Job-center is an educational experience which is letting me know, that this real world is not going to be a very nice place.