‘It changed my life’: How an Ocean Science graduate became a burlesque dancer

After completing her degree in Ocean Science, Mari Tart has completely fallen in love with burlesque. She got involved while studying at university and now she’s “hooked”.

The Tab caught up with her about stripping, body confidence and getting stuck in her trousers.

Burlesque is an art form with colossal variation. It’s not simply enter the stage, whip off your clothes, and leave. Each routine is crafted to have the greatest effect on the audience, whether this is confusion, arousal, fear or uncontrollable laughter. As burlesque also attracts largely female audiences, there’s less pressure on the performers to be conventionally sexy, and most often what reaches the stage will be what affects the performers themselves. 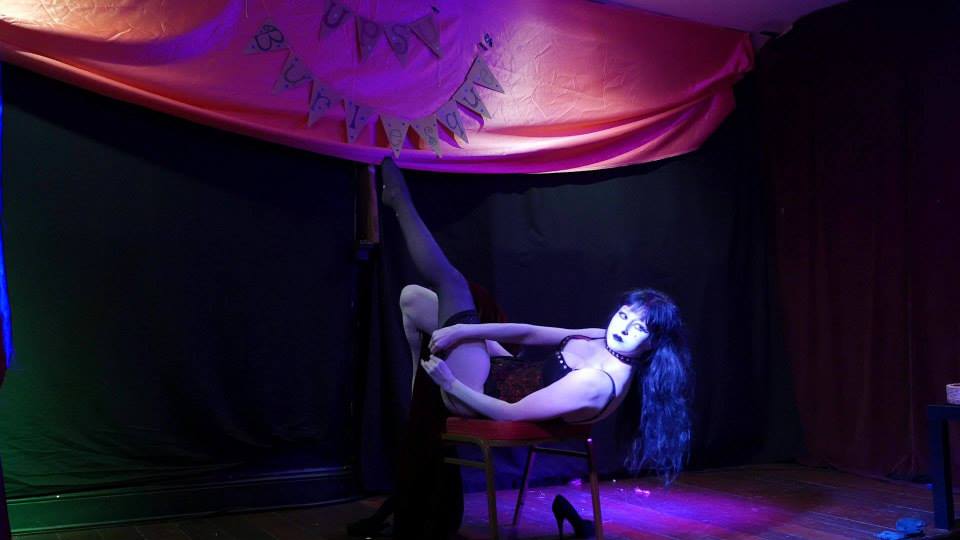 One of my favourite performers in the Southwest UK is Violent May. I’ve seen her introduced as “the princess of Gorelesque” and the routines of hers I’ve been lucky enough to see feature stage brains and blood, wax pours, and on one memorable occasion, attaching things to her body with medical staples – all the while being a fabulously elegant dancer and conveying a narrative.

Burlesque can involve singing and stand up. The performers can remain fully dressed or remove only one item of clothing – don’t doubt how much an audience will holler for a glove tot come off – or enter the stage almost nude and dress again, or conceal themselves behind fans.

How did you get involved in Burlesque?

I got involved at university. I met the woman setting up the society as I was recruiting for the Rock and Live Music society. I initially got involved after going to see a Halloween show, and was hooked. This wasn’t just pretty feathers and people who looked like Dita Von Teese, this was performers of various ages, shapes and sizes, doing weird things to music and looking so confident about taking their clothes off (or putting them on) in front of people. 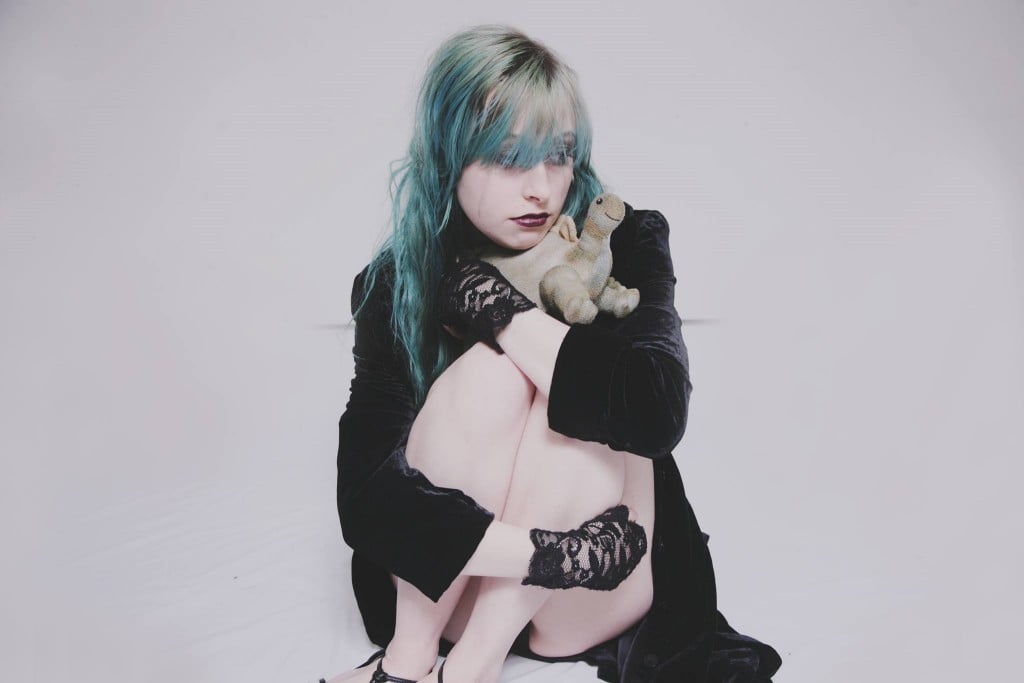 It wasn’t just stripping, and it wasn’t all about sex. The society offered classes and I’d had to stop ballet some time previously after nine years of lessons, and I looked forward to interacting with people every week and dancing again. From there, I just started performing at more and more shows.

I enjoy it immensely, although the effort, time and practice that go into a routine can be frustrating. There’s a lot of listening to the same song over and over again and rummaging for stockings behind the sofa while you practice. To me as an individual it’s been an absolute turning point. When I first attended lessons, I was too shy to speak to people I now know to be absolutely wonderful, and was scared about things like travelling alone.

I had very low body confidence, having been bullied in school for being skeletal, and developing late. Burlesque showed me that you can impress people regardless of whether they can count your ribs and vertebrae, and showed me how to use the curves that eventually grew. This confidence transferred to other areas of my life.

Should more people get involved in Burlesque?

Definitely in some way, even if they don’t want to perform. It’s fun, it’s confidence building, it teaches you craft and sewing skills. And it’s an excuse to play with glitter as an adult. More people of the male variety should get involved as well. You’d be amazed how many people at the societies fair at the university said “I can’t do that, I’m a guy!” to have the girls on the stall reply “So?” 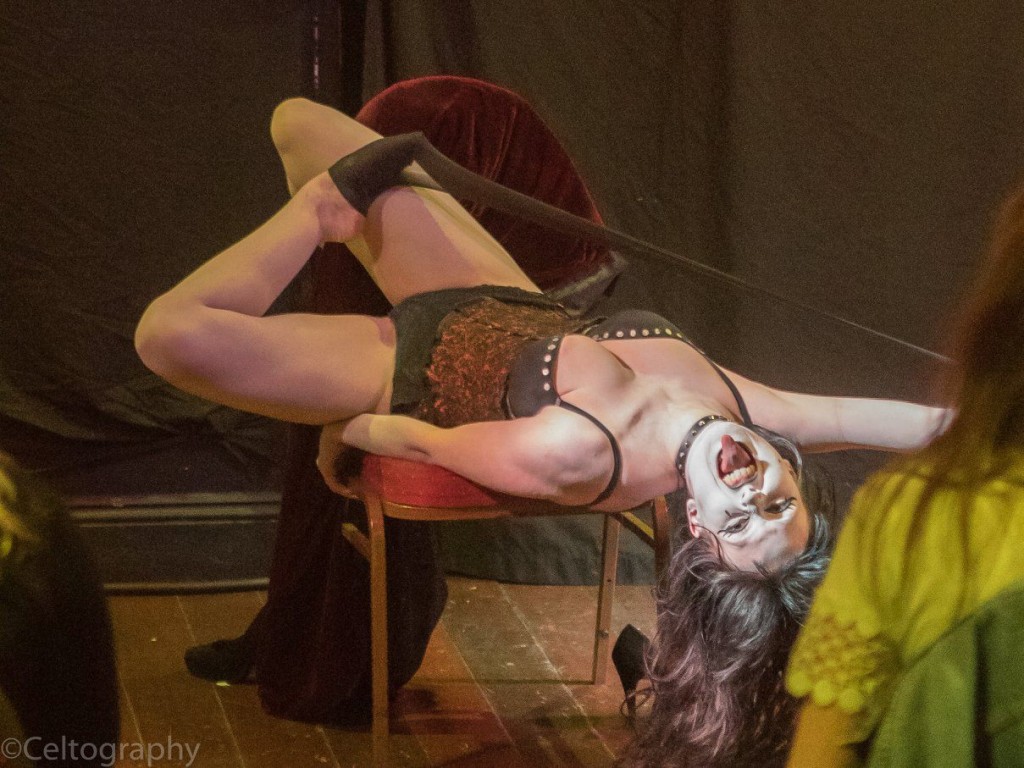 My favourite routine of my own is the one which I’ve performed most often. It’s called Zydrate Anatomy, after the song of the same name from Repo! The Genetic Opera, which I perform to. It’s the first routine I developed that really seemed to flow, and it’s got better as time has passed. It ends with me downing “a little glass vial” of mock, glittery Zydrate, and then grinning at the audience so it runs down to the floor and covers me in sparkles as I exit the stage, triumphantly waving the vial over my head. 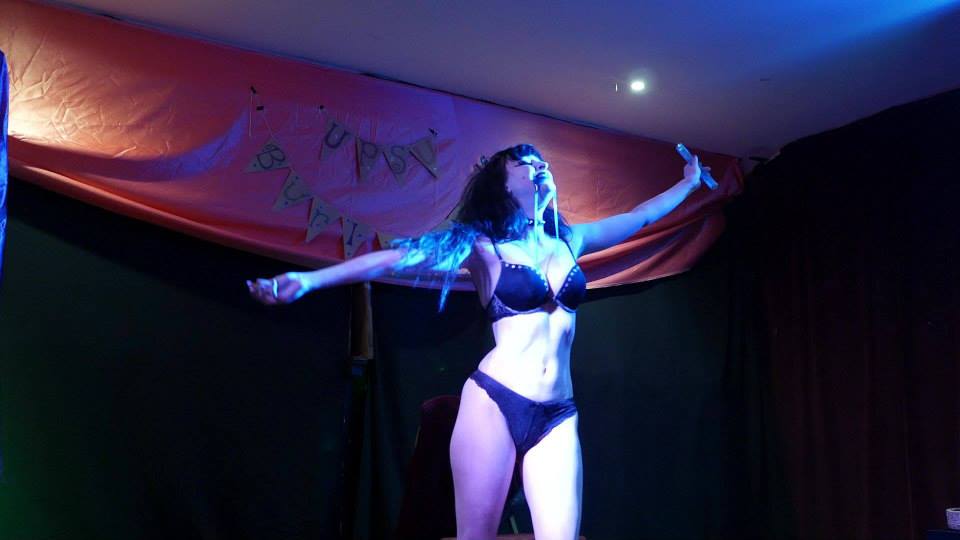 My favourite routine I’ve ever seen performed is a tough one, as it changes after every show. I have a deep love for comedy burlesque, and so it might have to be Angelique Dominique’s crazy cat lady, which you can watch on YouTube.

What’s the worst thing that’s happened to you in a routine?

I got stuck in my trousers when I first performed my C’mon Feel The Noize act, because it had been scheduled to debut at Volksfest, which was cancelled. As such I didn’t bother finishing the costume or rehearsing it properly and had to perform it a few weeks later at the society showcase, having forgotten I’d never sewn the trousers to the right length, just rolled them inside.

Has it helped you develop as a person?

I really think it has. I’m much more confident, I dance better in other situations (you’d be amazed how much goth swirling and fan dancing have in common) and I’ve learned an awful lot of craft and makeup skills and tips I would otherwise never have come across. My body confidence is so high that my main worry is “can I get my eyeliner symmetrical today?” and rememering to deal with dry skin. 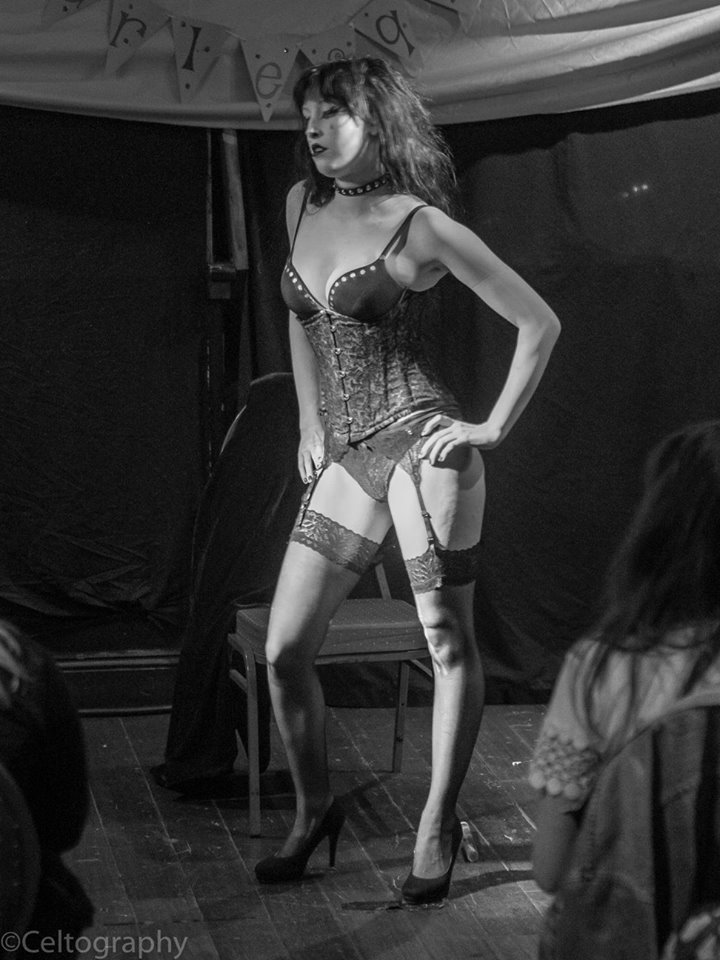 While I did threaten my tutor I was going to submit my dissertation in the form of interpretive dance at one particularly stressful point, I gave the necessary presentations without too much trouble and achieved my degree. One hour a week of frantic giggling and bra removal competitions turned out to be life saving over the exam period. To be honest, it’s changed my life. I’m a different person.