We asked free education protesters what they think of the Tories

Not many liked them

Yesterday saw over 10,000 students march from UCL to Westminster against tuition fees.

University fees have tripled in recent years, grants have been scrapped and loans are the only way for many poorer students to access higher education. 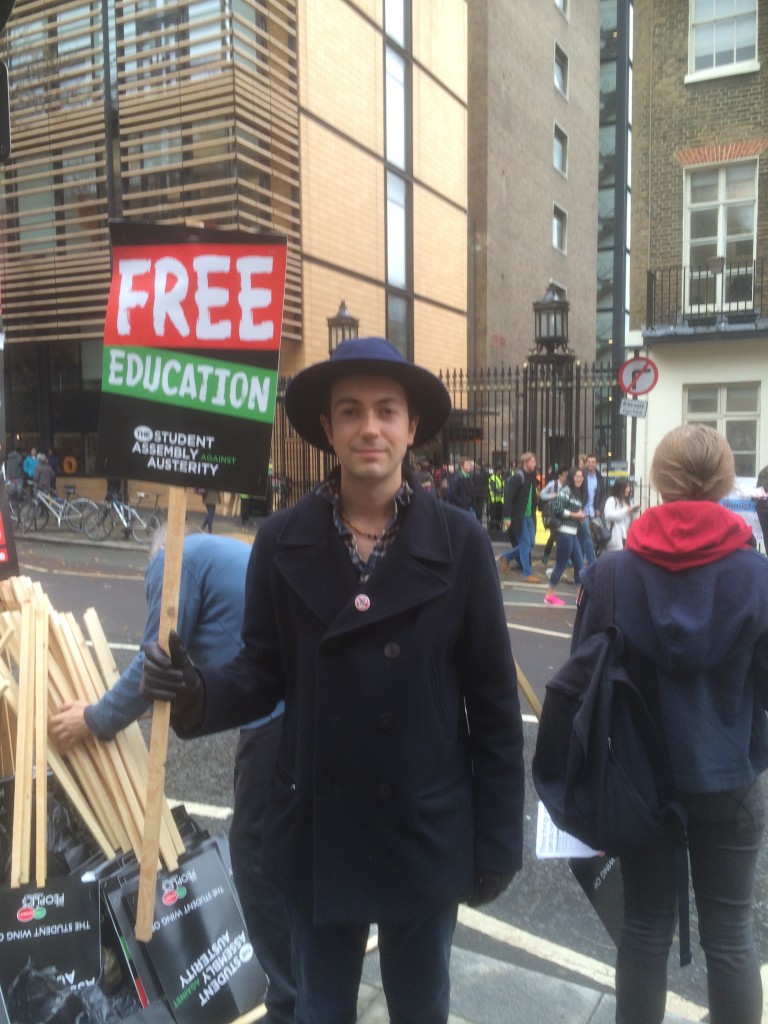 Why are you here today?

“I believe everyone has the right to free education, it shouldn’t be treated like a commodity. I’m here to protest against a government which is attacking higher education.”

What is the main problem with tuition fees?

“Free education increases social mobility, loans allow only the rich to attend university and I’m having to pay my last year of university out of my own pocket. This is not the society I want to live in.”

What should the government do?

“They need to scrap tuition fees and bring back grants. I’m not adverse to paying a graduate tax for those who earn a lot of money after leaving university.”

How would you sum up the Tory government?

“There’s so much I could say about them. ‘Terrible’ is a word, they’re like the Tories of old: friends to the rich and enemies to the poor.”

Fiona, City University and volunteer at Student’s Assembly Against Austerity 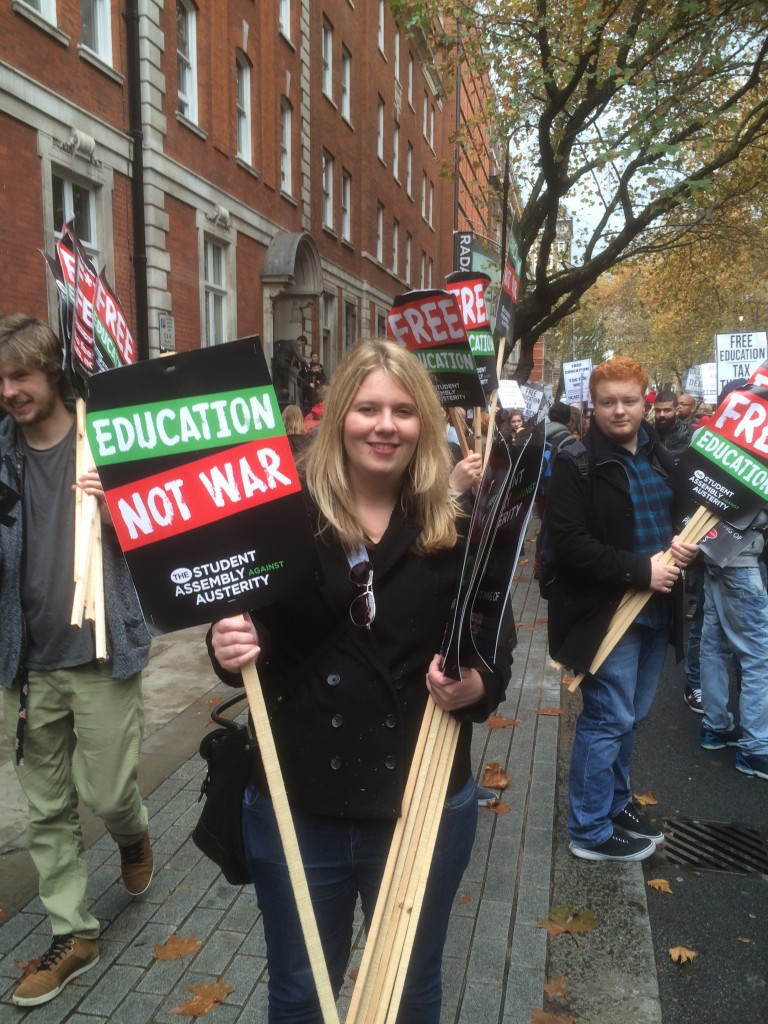 “I’m protesting against cuts to living fees and the end of maintenance grants. Education should be accessible to everyone and students shouldn’t start their working lives with over £40,000 worth of debt.”

What is the main problem with tuition fees?

“It burdens people with debt and puts people off going to university.”

How would you sum up the Tory government? 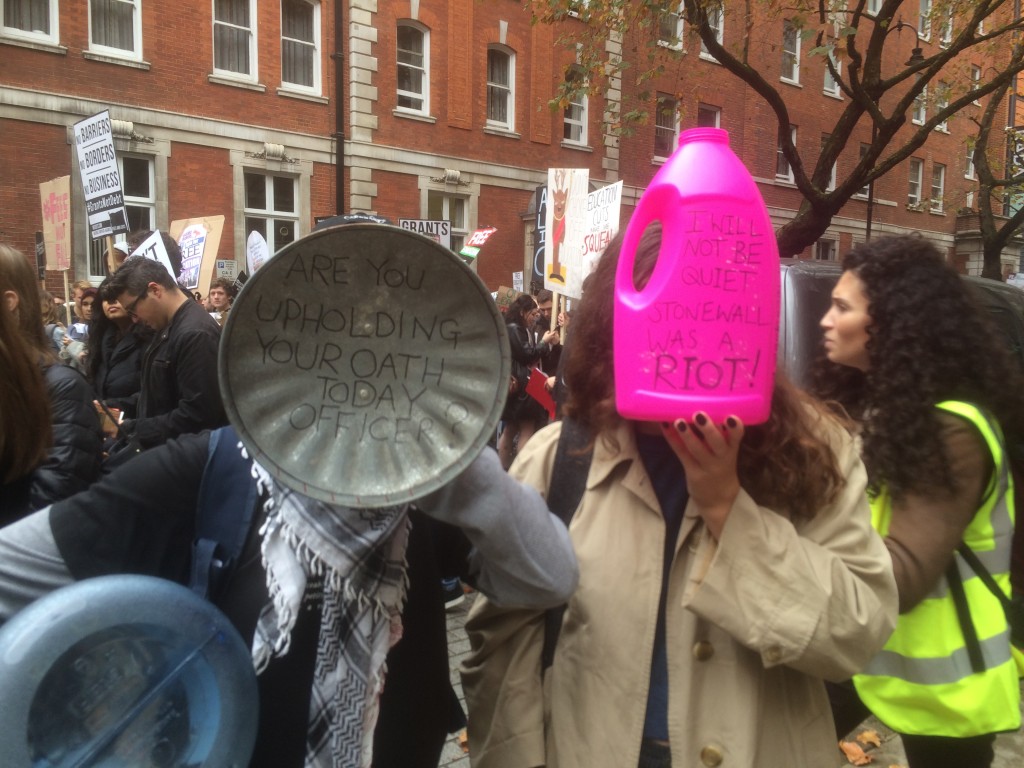 “I’m here because I believe anyone who wants education should have it with grants, and it’s abhorrent they’re taking this away.”

What does this mean for you?

“It stops people like myself going to university. I don’t want to go now because I wouldn’t be able to afford it.”

Why do you reckon the Tories have cut maintenance grants?

“Because they’re capitalists. All they want is profit, even from education.”

How would you describe the Tory government? 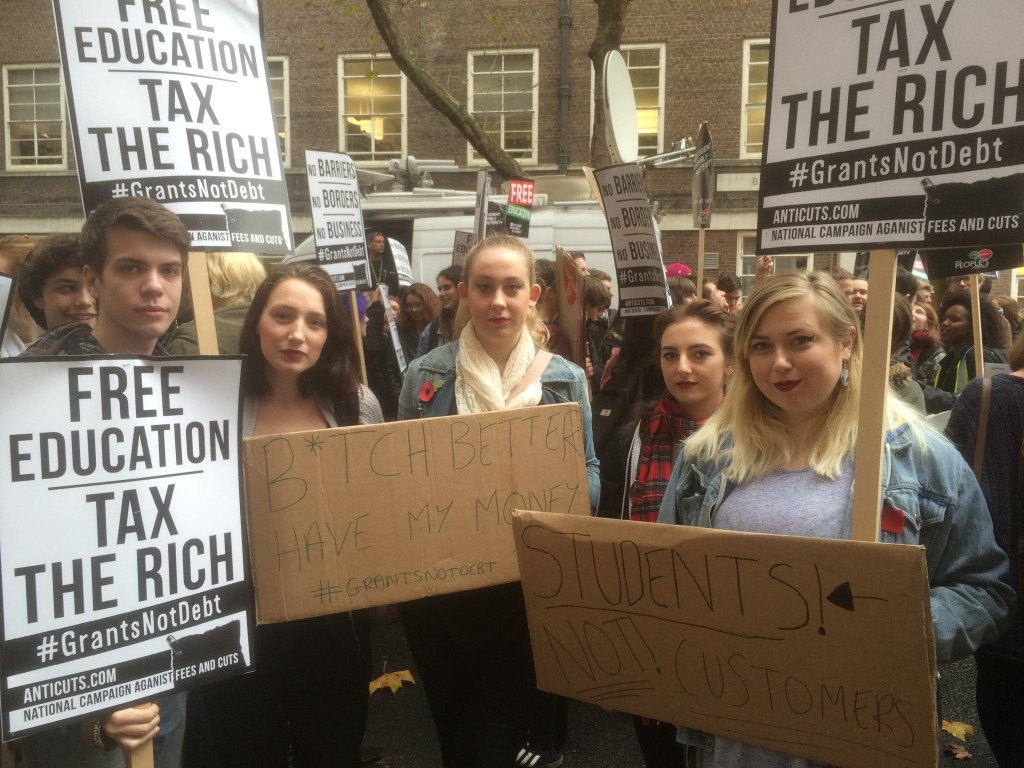 “We’re really pissed off with the education system. It’ll probably just get more and more expensive.”

What is the problem with the current system?

“It is far too high and unnecessary, we’ll never be able to pay it back.”

Are you in favour of a graduate tax?

“Not sure we’d be allowed to say it.” 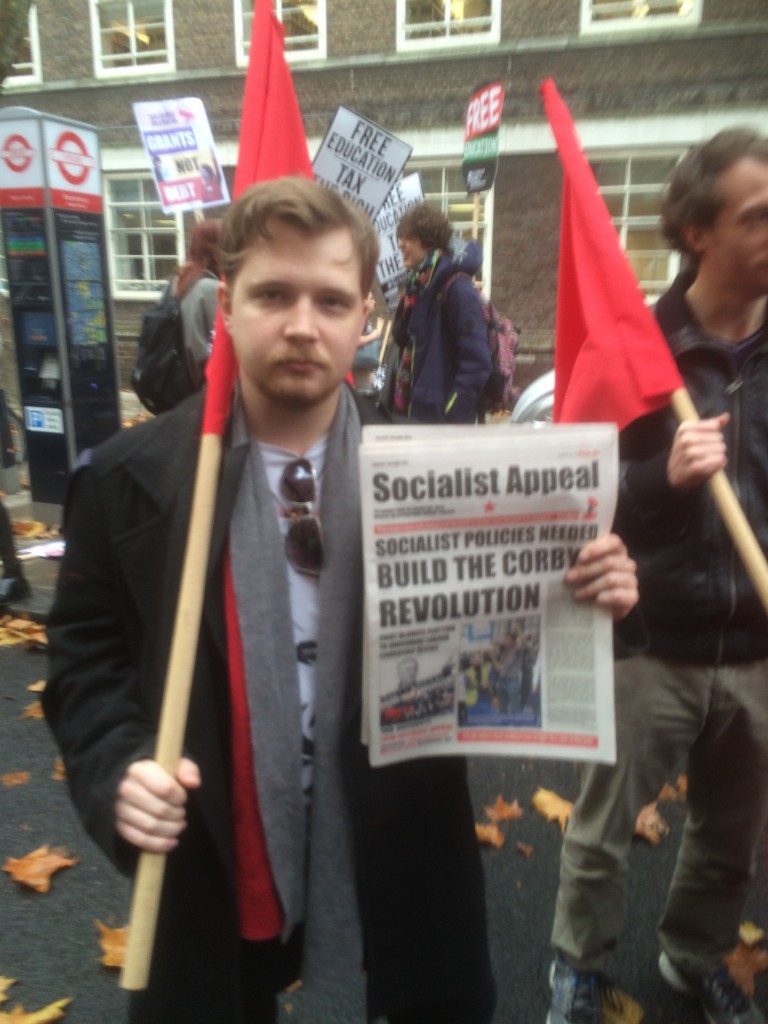 “I’m here to fight for free education and against the capitalist system which is against education. Education is a right not a privilege.”

What is the problem with tuition fees?

“It costs out poorer students as it is disproportionate on the working class. It’s an attack on a right everyone has.”

What do you think of the Tories?

“Violent attackers on the working class.” 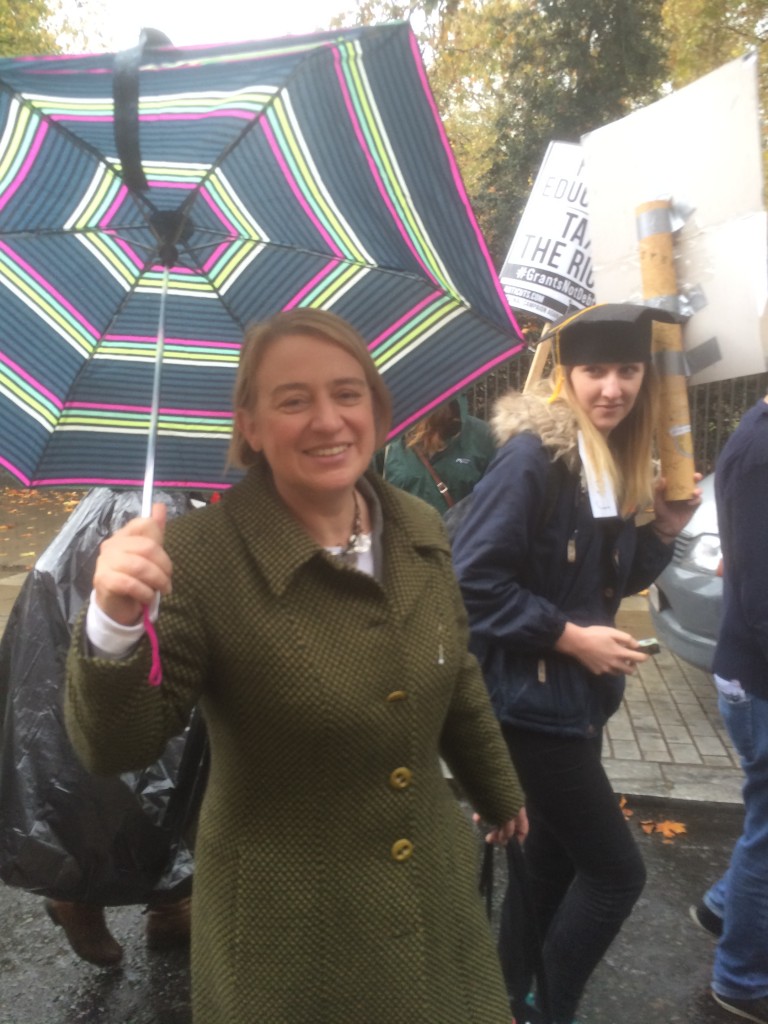 “I’m here today to show the Green Party’s support for the principle of free education.”

What’s the problem with tuition fees?

“Its profoundly dispiriting. It puts the cost of what should be a public good on individuals. A significant portion of people’s incomes will go towards paying a debt that 73 per cent won’t be able to pay back.”

What should be done?

“Education should be paid for out of the public pot via a progressive form of taxation.”

How would you summarise the Tory government?

“The Tory government is utterly driven by the ideology of the rich, it’s incompetent and we need to get rid of it.” 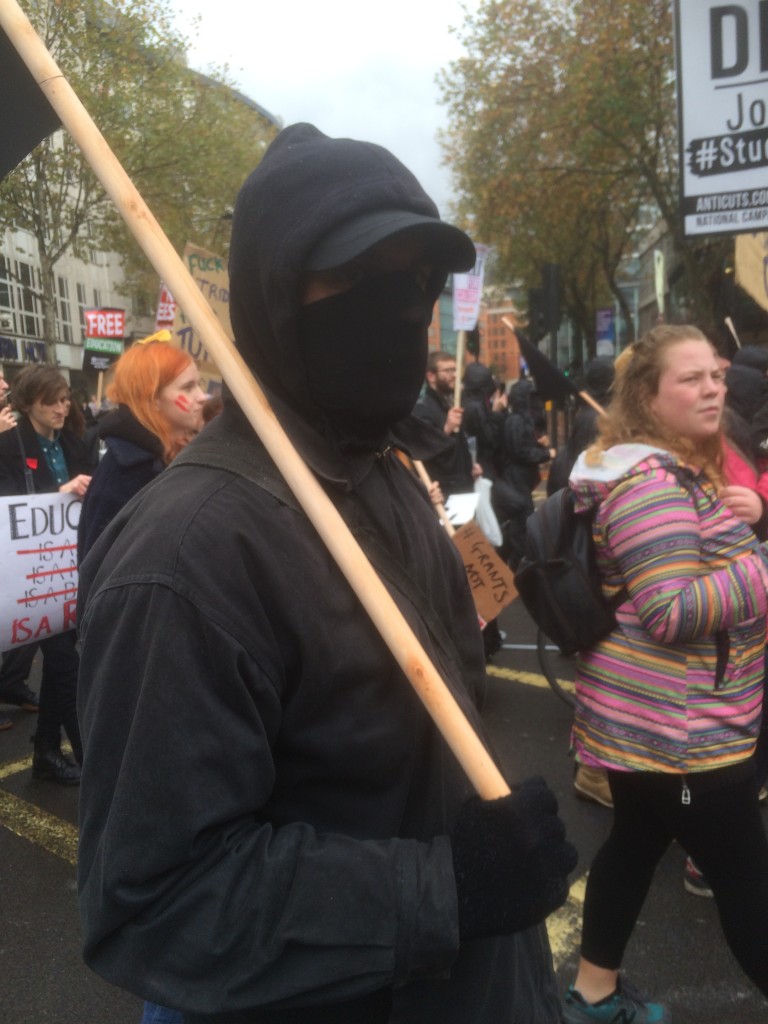 “We hate the whole system of higher education and the way it’s funded, but it’s bigger than that now.”

“It’s about capitalism, it’s destroying our society and our world and if we don’t put a stop to it soon we’ll be in a lot of trouble.”

“There just shouldn’t be any. My kids are at university and they’re suffering from a system which is basically a rip off from the Tories and the rich.”

How would you describe the Tories?