‘Rugby lads aren’t that bad – they know to be polite’

You probably never think about the staff serving you your snakebites when you’re in the Union.

You just order, pay them and maybe leave them some sick somewhere if you’re having it large. But what is it like to actually work there? Kathleen Bailey works at Phineas, Huntley’s and Mully’s, and she’s spilled the beans about what it’s really like to be a UCLU barmaid. 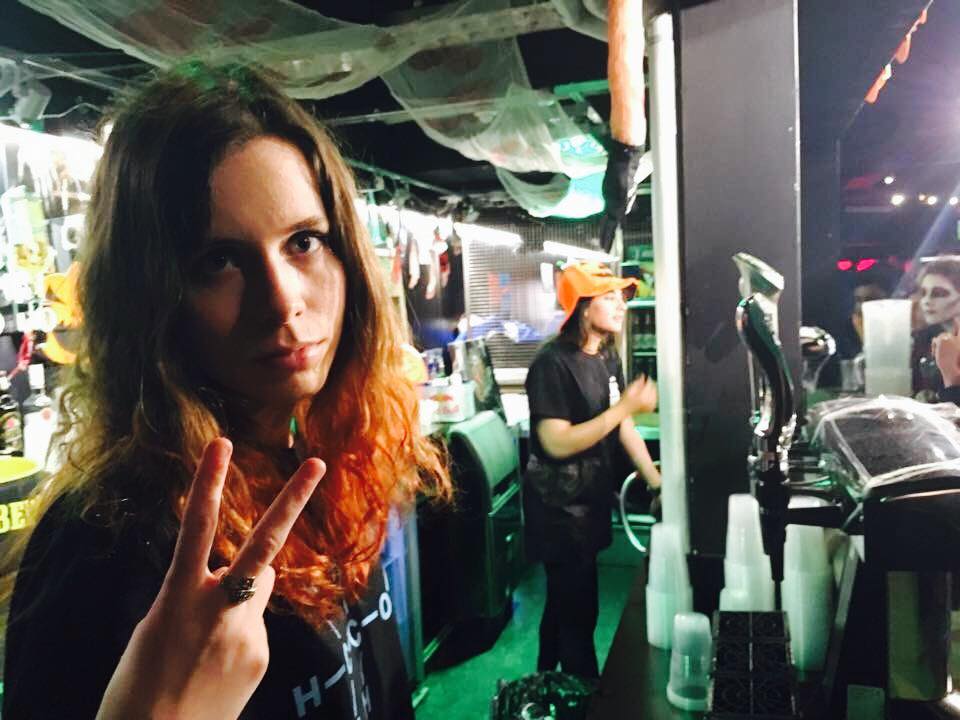 What’s been your funniest experience?

“Drunken pick-up lines from shit-faced customers are always the funniest. My favourite one recently was a guy who messed up because he was so drunk. Basically, he dropped some limes and was like ‘I’m really bad at picking up limes’, looking at my co-worker flirtatiously. Then he dropped his drink, repeated himself and realised he got it wrong. Apparently he was meant to say ‘I’m really bad at pick-up limes’. Needless to say it didn’t go down well.

“Behind the bar banter can be legendary. We have complete control over the music and I love blasting out Bieber to bop along to while I’m cleaning or to get people to leave the bar quickly when it closes. Grown men requesting Taylor Swift and groups of freshers getting shit-faced off two vodka lemonades is pretty funny too.”

What about the worst?

“When we are understaffed and Phineas is rammed: it’s unbearably hot and you sweat like a pig. When I started two years ago, my first few shifts during Freshers’ were awful and I fucked up a lot on the till and got into trouble with the boss. Also I can’t deal with the customers who order drinks then leave the bar without paying or even taking their drinks.

“There was also the time someone flooded the Phineas toilets and it went all the way down the stairs and we had to clean it up.

“Sexist old men who sneak into the bar asked me to ‘bend down to get that cranberry juice over there’. Apparently they should’ve been kicked out, but I was so fucking angry.” 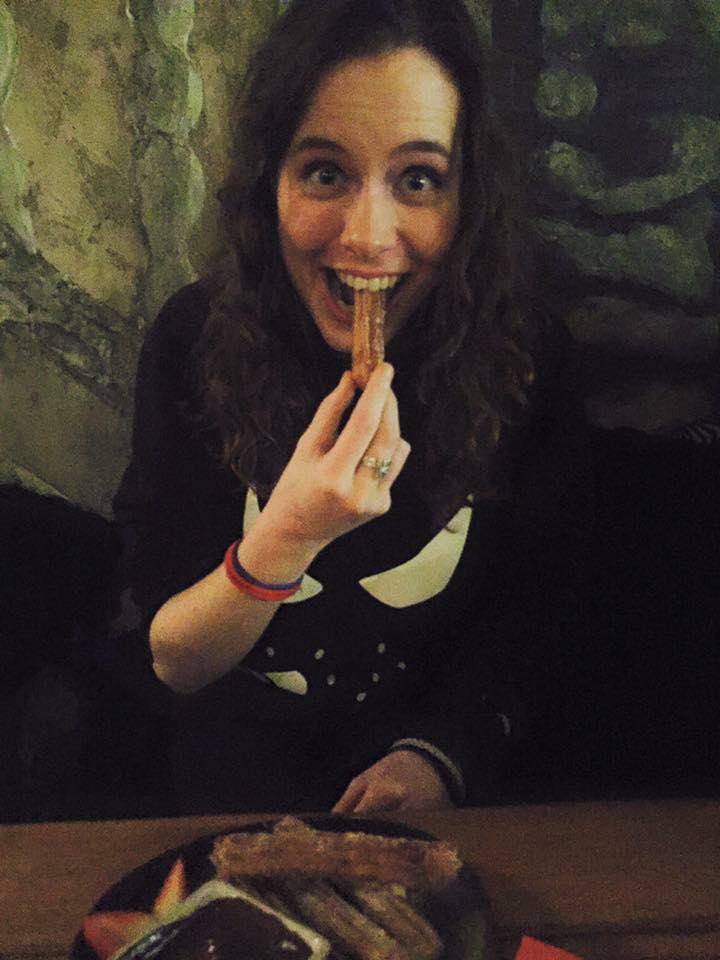 Kathleen works in all our Union bars

Who are the worst kind of customers?

“Annoying customers who expect you to know what a 10 drink order costs down to the penny when it’s 15 per cent off on Tuesdays and Thursdays in Phineas. It’s quite fun really, it’s usually manic for about two to three hours but goes supremely dead when everyone leaves for Loop, it’s all about dat snakebite.

“You know what, rugby lads aren’t that bad – they know to be polite. People are generally friendly, we have some fun conversations with the customers and make friends.”

What’s the best bar to work in?

“Phineas. It’s the biggest, least claustrophobic and my favourite supervisor always works there.” 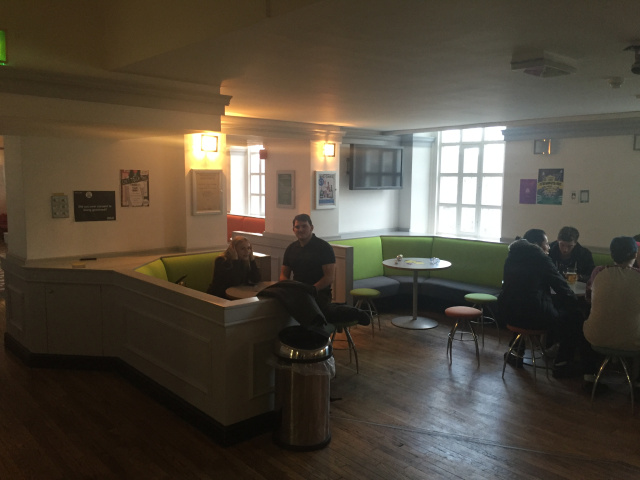 It’s not always as busy as a Wednesday night

“When it’s stupidly busy and customers dont have their money to hand to you when you give them their drinks.. Why? I don’t understand.”

“They’re a good employer. We get the London living wage which is wicked. It’s a good student job, flexible and easy to find cover. Annoyingly it’s only a term time job, and a long busy shift can wreck you.”

Any tips for applying?

“The manager hires in the summer before the start of the university year, on jobshop. Don’t be late for your interview, even though I was.” 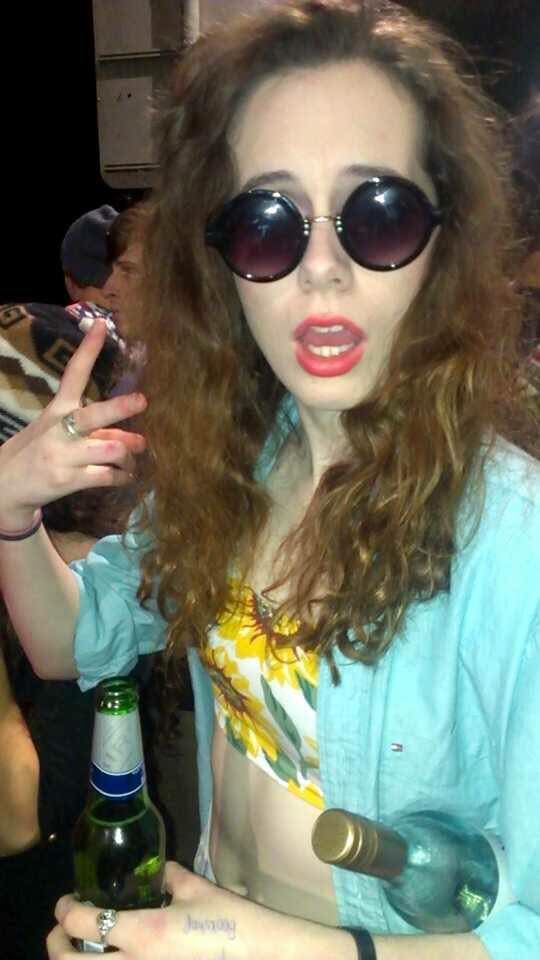 Finally, any tips for getting served quickly?

“Try and stand nearish to a till, don’t say ‘excuse me’ really loudly, try and make eye contact but don’t expect to be instantaneously served. Failing that, make friends with someone who works at the bar.

“Oh, by the way, our bar shirts have the chemical equation for ethanol on them, because UCLU is punny. They need to be appreciated more.”