The cute-ification of uni is becoming unbearable

Higher education is collapsing while you’re at the petting zoo

How many of your lecturers know your name? Think about it – the answer’s probably close to zero. It’s now nearly impossible to cultivate even a vague approximation of a human relationship with an academic beyond being bcc’d into an email about double line spacing.

It’s no wonder: with budgets mercilessly slashed, the default is to quickly resign oneself to three years at the cold learning interface of the New University of Powerpoint.

This is our rite of passage into adulthood, filled with Tolstoy-thick stacks of admin, shitter music, and an entirely justified sense everyone knows your clock-in-clock-out degree is completely pointless and your university doesn’t care. Thankfully, it’s not all doom and gloom. Uni bosses and the New Scientist subscribers at the SU have found the answer: making everything suffocatingly childish, pointless and twee.

And what’s more, people saddling themselves with tens of thousands of pounds’ worth of debt to have their unannotated essays return six weeks late are absolutely loving it – and acting as if it makes everything alright.

This exam season, Warwick – in keeping with its status not as a university but as a glorified service station with none of the homely charm – decided the best way to keep morale and performance up wasn’t with extra study sessions or something useful, but by setting aside a special room where the adults enrolled at an institution consistently ranked as among the top ten in the country could do some colouring in. It’s an aggressively trendy attempt at the pastoral care the new, transactional uni just isn’t built to do. 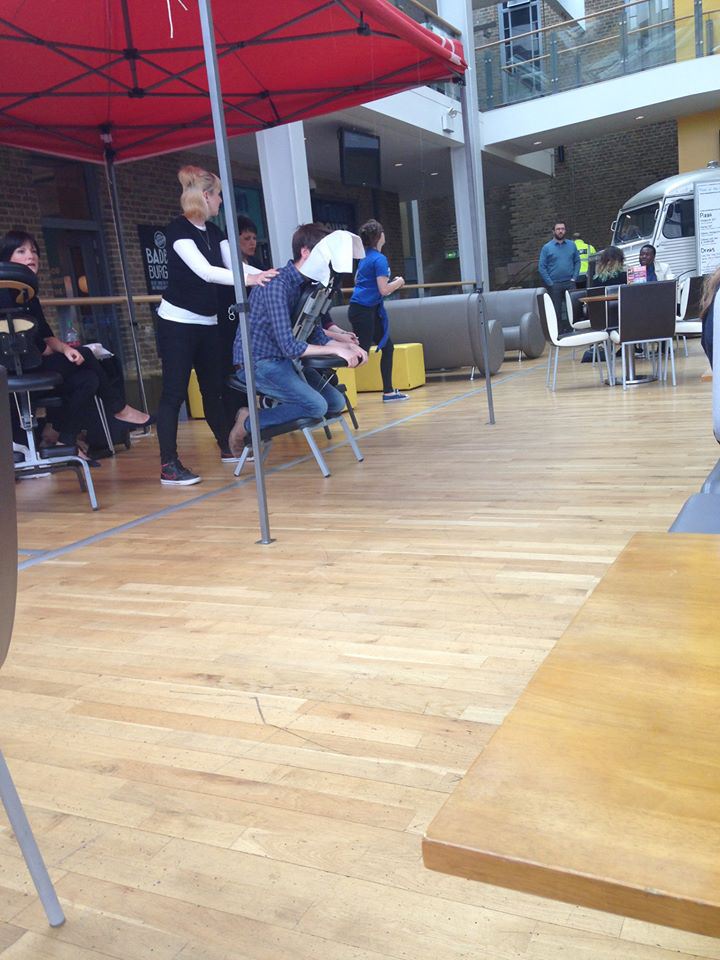 Also on offer, seemingly in an attempt to vindicate David Brent as some kind of prophet, was laughter yoga, where “students and staff start by forced sniggers and titters but end up giggling, shrieking and howling with laughter making themselves feel a lot better in the process” – which sounds like a horrifying fusion of the Two Minutes’ Hate and walking in on your mum and her mates when they’re three bottles of wine deep into an Ann Summers party.

These spasms of compassion are demeaning universities up and down the country. At Leicester – a redbrick so redolent of the 20th Century higher education dream, Kingsley Amis wrote a novel about it – you can take your pick from two different kinds of 10th birthday party to help you relax: a petting zoo and an inflatable assault course. Why talk to the academics who identified Richard III’s body when you can have a free massage instead?

Admittedly, a free massage sounds alright, as do the nap pods at UEA – but they’re still just shortcuts created by management suits and union fleeces who can’t bear to engage with anyone properly. A university education shouldn’t be about cool retail offers justified by fluff studies from an Arctic Circle country where four people go to school a year, or the library Twitter feed posting quotes from Mean Girls.

Those running the souped-up leisure centre at Warwick need not look far for their next creche activity: over 100 people, presumably the kind of people who think pizza vending machines are a good idea and enjoy the films of Adam Sandler, have started a petition demanding a slide into a ball pit from every floor of the library.

It sounds ridiculous, but it could yet come true. The blueprint for our universities is now a Tumblr gif of a start-up office full of beanbags, seen through the bifocal glasses of a divorced 58-year-old who only cares about the bottom line. It could be too late to save them.