We played with the Big Balls in the Quad

Sun, smiles and big balls rolling around on the quad – there’s no better way to spend the day than being thrashed about in a giant sack of plastic by your friends.

In promotion of the new, wavy app Ocean London which offers “ultra-personalised recommendations of where to eat, drink, shop and dance in London” huge plastic balls were on the quad this week, fit for zorbing to your heart’s content. 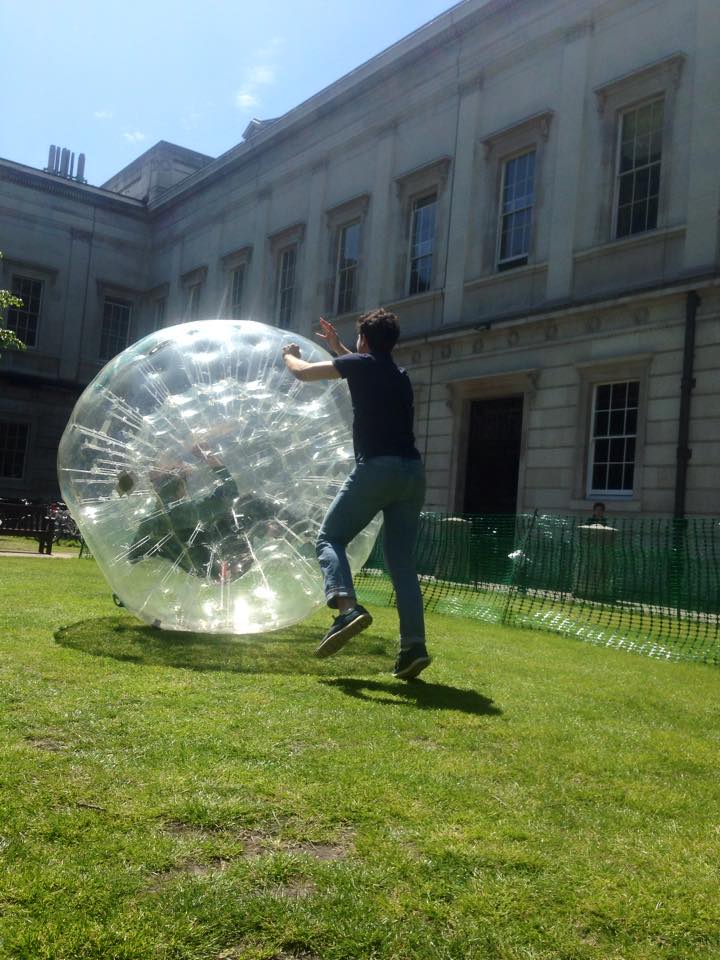 We spoke to some keen zorbers who got in on the act. One told us: “It looked cool, plus it’s free, so I thought why not.” 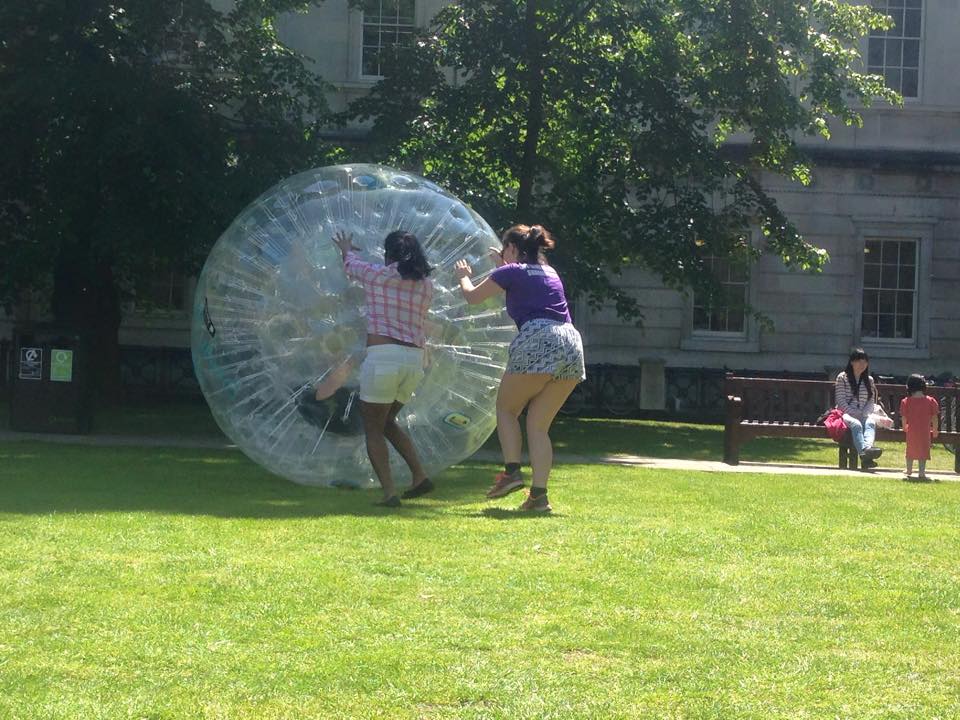 Next inside the juicy globes was first year Medic Charlotte Gadd.

Charlotte wanted a gentle experience, so had a leisurely roll in the grass aided by two helpers.

She said “More UCL people should be playing with balls.” 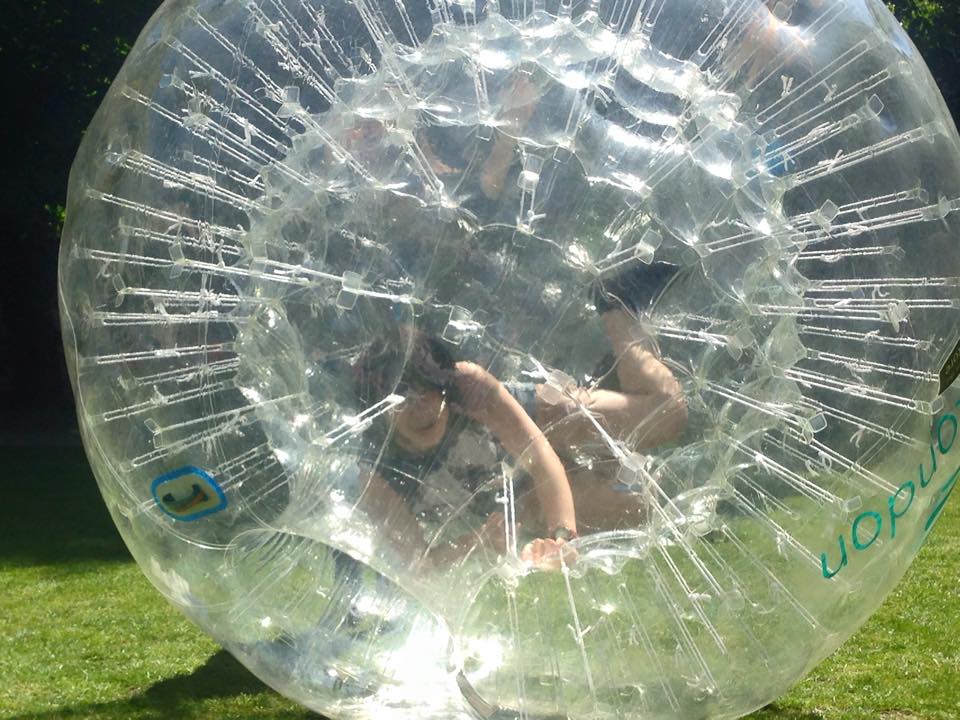 Friend and fellow thrill-seeker Charlotte Leigh was also thirsty from some big balls and was dazed after five laps zorbing around Bloomsbury.

She told us: “I honestly don’t know why more people aren’t here. It’s great to blow off some steam after exams and you’re not paying for it.” 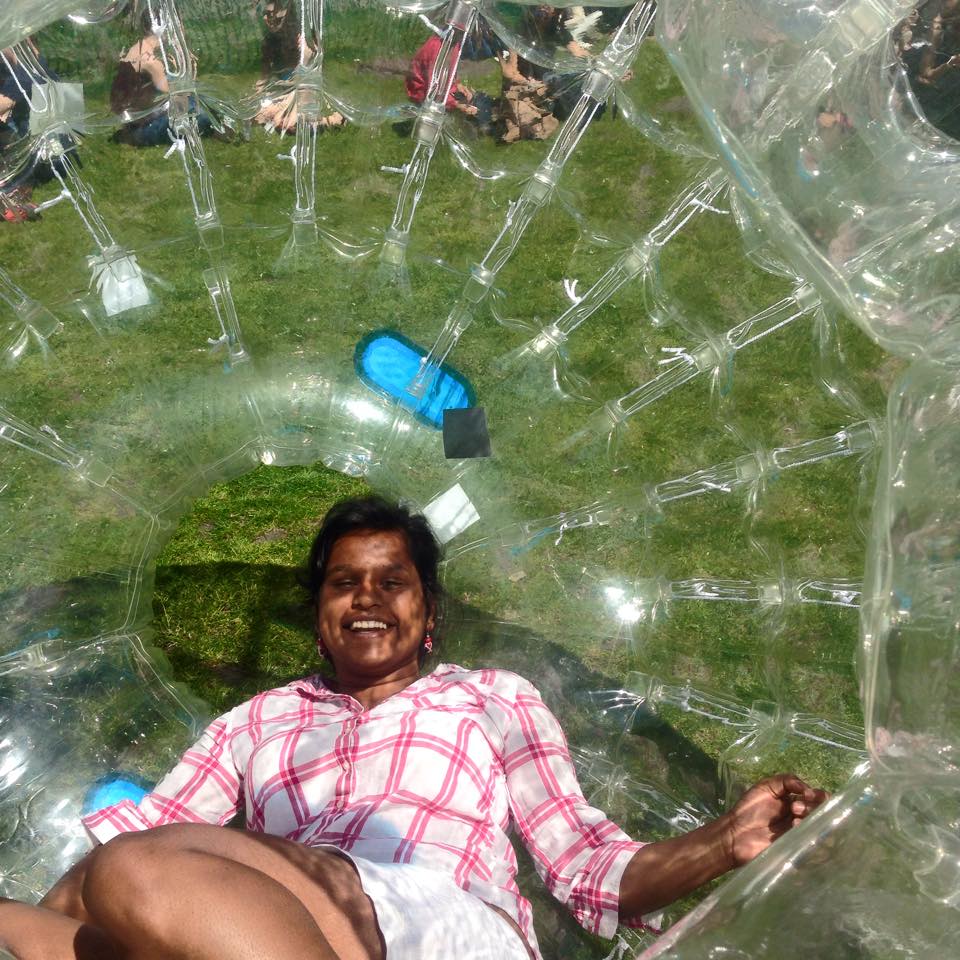 Big balls, you are beautiful!

There were experienced zorbers there as well as some big ball virgins.

First year Medic Ranji Venkat had never tried zorbing before, but said it was “amazing”.