The union has excluded the anti-immigration loons at UKIP from tonight’s general election hustings in the Quad.

Farage-mad students have been ranting against the “ultra-left” fleeces at UCLU on the event’s Facebook page.

The debates, which start at 6:30pm, will see candidates of the major parties for the Holborn and St Pancras constituency to address students on issues they will be fighting for come May.

Despite her party’s depressing ubiquity, UKIP candidate Maxine Spence has been snubbed.

And in a further blow for lovers of wacko fringe parties, Green Party head honcho and squeaky-voiced blonde Aussie Natalie Bennett won’t be able to make it either. 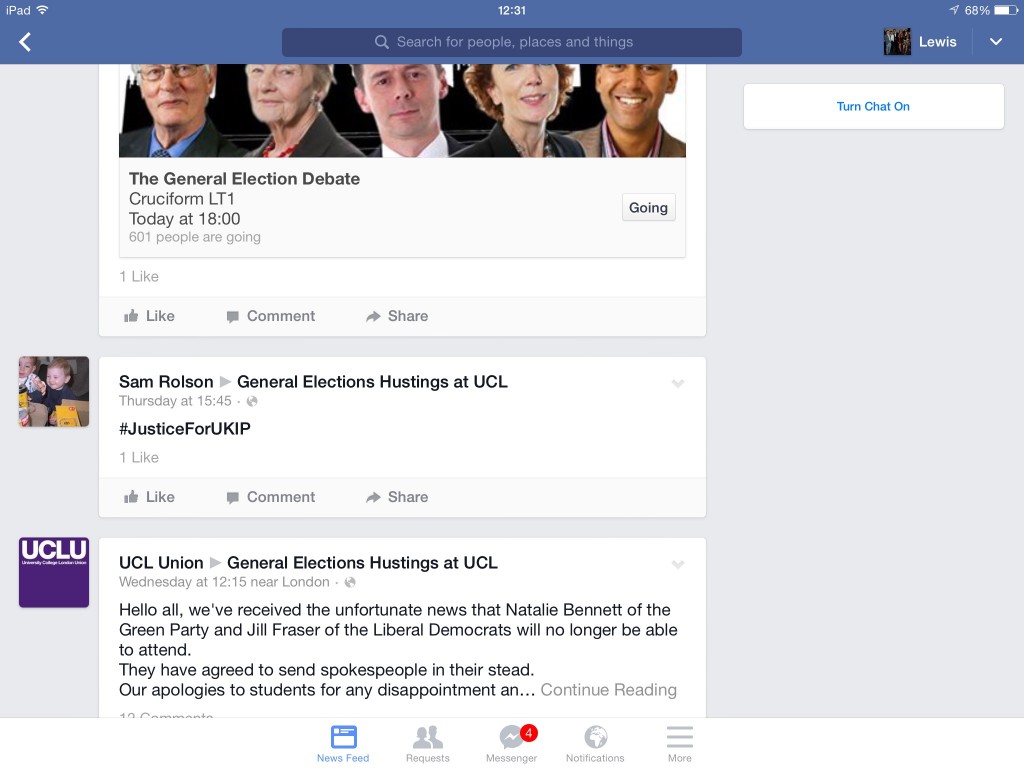 Bespectacled BNOC Vlad Goler von Ravensburg, infamous for a catalogue of unsuccessful election bids more tragic than Othello, was among those to let off steam and accuse the union of bias.

UCLU hacks did make a statement, explaining their decision was based on UKIP not being “a major force.” 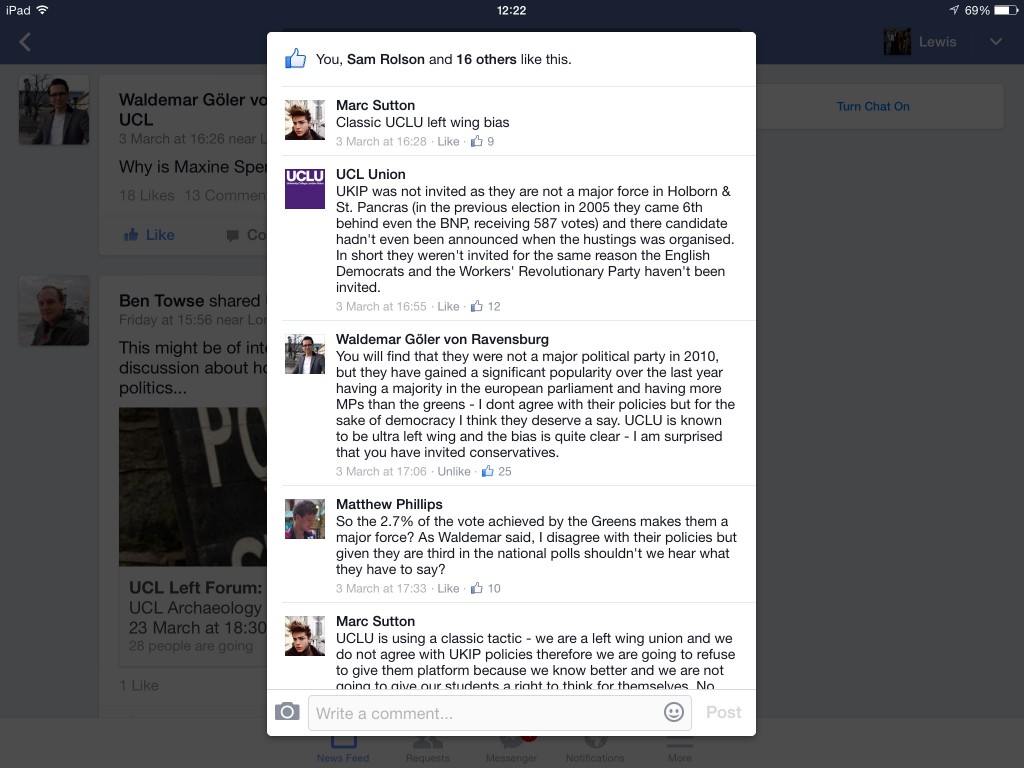 UKIP are currently polling as the third largest party nationally, at a number almost three times larger than the Green Party whose candidate and leader Natalie Bennett was invited but had to withdraw.

Many did not believe the reasons given for the Union’s decision and claimed “left wing bias” as the cause.

The Tab understands no complaints have been made to the Union and the debate is going ahead as planned.

Universities across the country have begun to no platform UKIP over the last year for its views.

In November Dougie Carswell slammed the “thuggery and violence” of crusty student protestors at a previous demo.