There were 40 of them

Around 40 protesters marched around campus demanding free education, the end of exploitation of postgraduate teaching assistants and cutting the rent in halls. 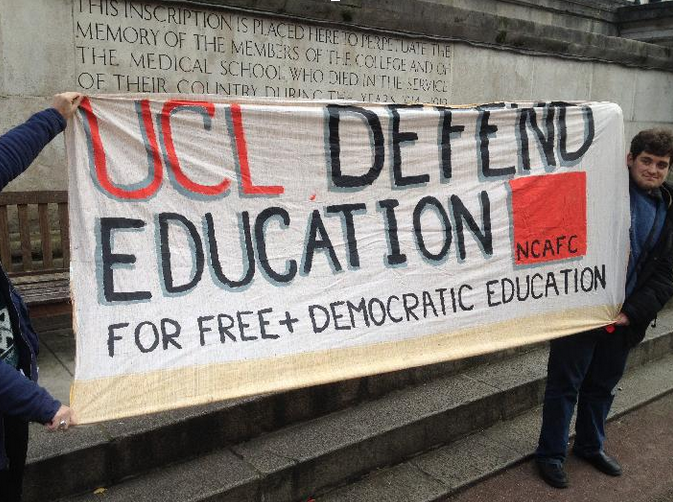 The protestors stopped at the office of Provost Michael Arthur, chanting: “When they say cut back, we say fight back. Education for the masses, not just the ruling classes.”

Speeches were made by UCL BNOC David Dahlborn and Omar Raii, External Affiars and Campaigns Officer, who criticised the provost’s six figure salary. 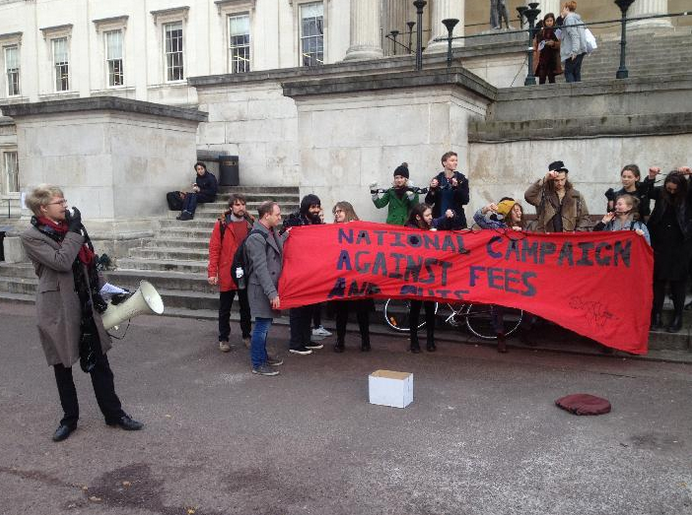 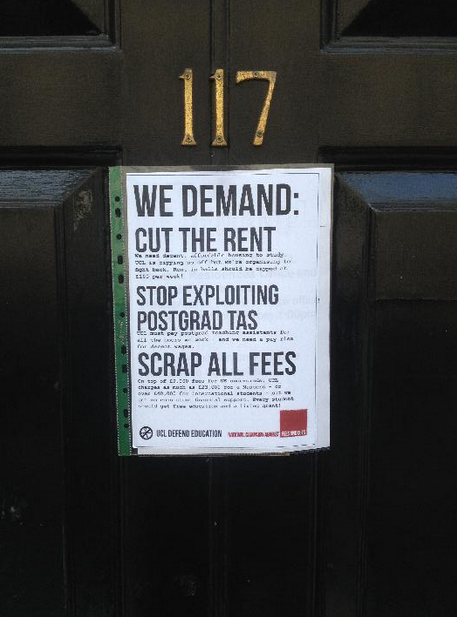 The demo then spontaneously joined SOAS protesters in forcing occupation to Woburn House.

Police were called and remained stationed outside whilst the protesters barricaded themselves inside the building. 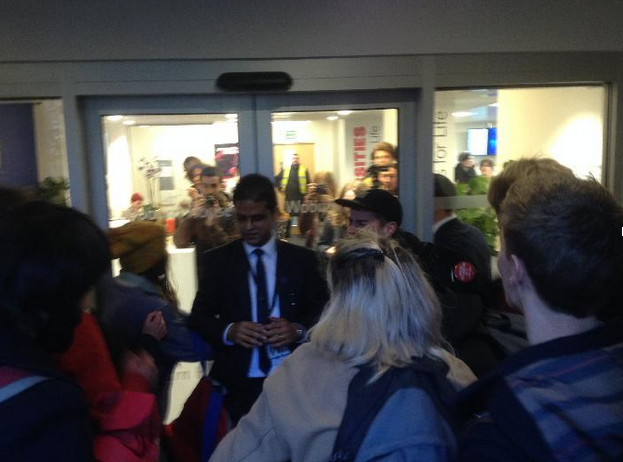 One protester had to be taken away by an ambulance due to a panic attack.

After two hours of discussions and lack of toilet facilities – the protesters then marched out of the building without any arrests having been made. 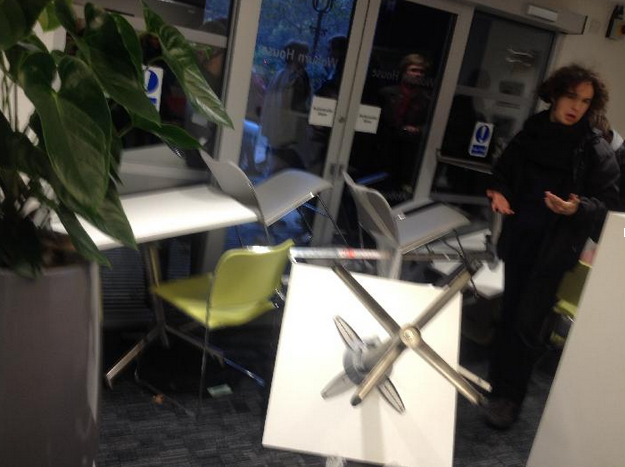 The protest took place in conjunction with several national protests in Manchester, Sheffield, Newcastle and Lancaster.