Geography fresher Hector Grenville has had a horrific start to his university life, after a mammoth mistake left him without a loan for three months.

Hector first noticed something was wrong when he called up confused about where his money was and running short on cash eight weeks after the initial due date for receiving the loan in September.

He says: “I thought they were just being slow, but after eight weeks it was becoming a bit ridiculous.

“They wouldn’t answer my emails so I had to call them up to complain.

“UCL were really helpful and agreed to delay my tuition fees and rent payments, but I was running out of money for food.”

Bizarrely, Student Finance England told Hector the problem was down to his passport not being processed for verification. Students have to prove they they’re UK residents to receive the loan.

They told Hector, who was born and raised in the UK, to wait, and that the loan would be in his bank account within two weeks. 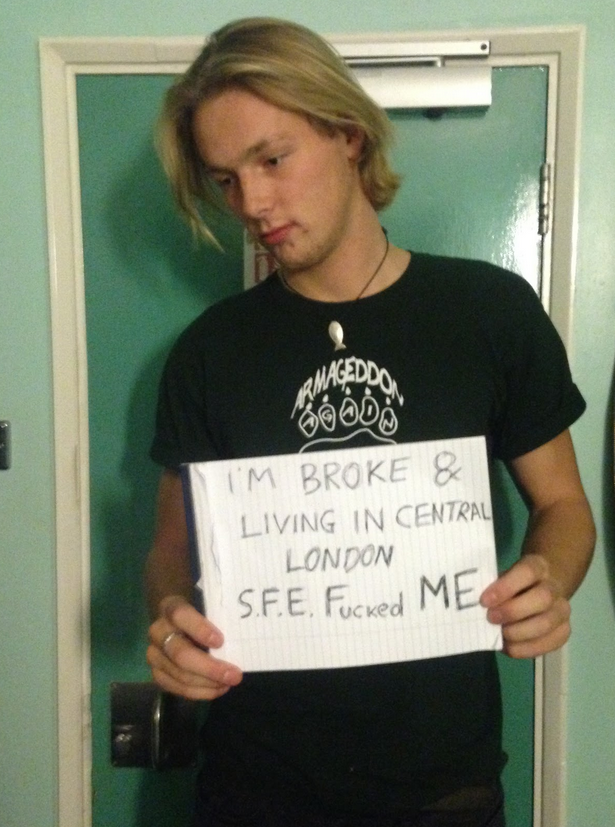 He even had to borrow the notepad for this photo

But the money still didn’t come through. Hector was forced to call twice again, when Student Finance eventually conceded that they needed more information from him and his parents, including confirmation of his parents’ separation and his actual passport.

The letters seeking the extra information arrived from Student Finance, but the loan is still nowhere to be seen.

The first-year says: “I told them my situation and explained that I wasn’t at all happy with what they had done to help.

“I’ve sent off the documents, but still no loan.”

In the mean time, the distraught fresher has had his final eviction notice from UCL.

Hector says: “My dealings with Student Finance have been a nightmare from start to finish – not that any conclusion has been reached.

“Having no funds and having to chase SFE constantly has really ruined my first term at uni. If they’re going to offer these financial services to students, they should do it properly.

“We base all our calculations on the loans they offer, so when they don’t arrive we’re left right in the deep end.”