Carswell said in an interview on Westminster’s College Green that protesters opposing tuition fees were not advancing “democracy”.

The MP for Clacton exclusively to the London Tab as hundreds charged Parliament Square.

Carswell said: “You’re probably not helping the case by doing that.

“I think violence and thuggery don’t really advance arguments in a democracy.

“You don’t I’m afraid have my support for doing that.”

His words came as protesters listened to a speech on the dangers of “racist UKIP” and even held burning effigies of party leader Nigel Farage. 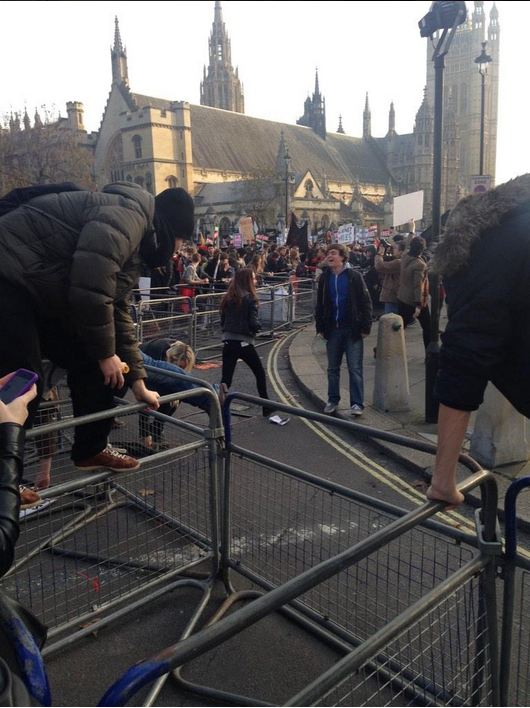 Nigel Farage had tweeted a statement backing the demonstration from Paul Nuttall, deputy leader and UKIP’s education spokesman, just half an hour earlier.

Organisers said some 10,000 students marched on Westminster for the abolition of tuition fees. Eyewitnesses say the figure was closer to 5,000. 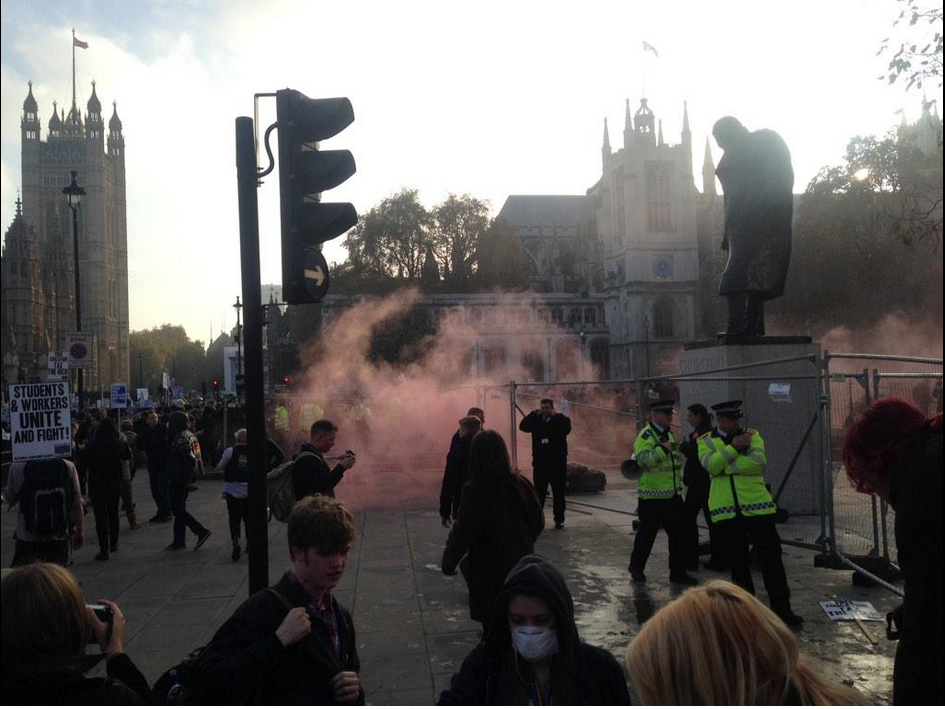 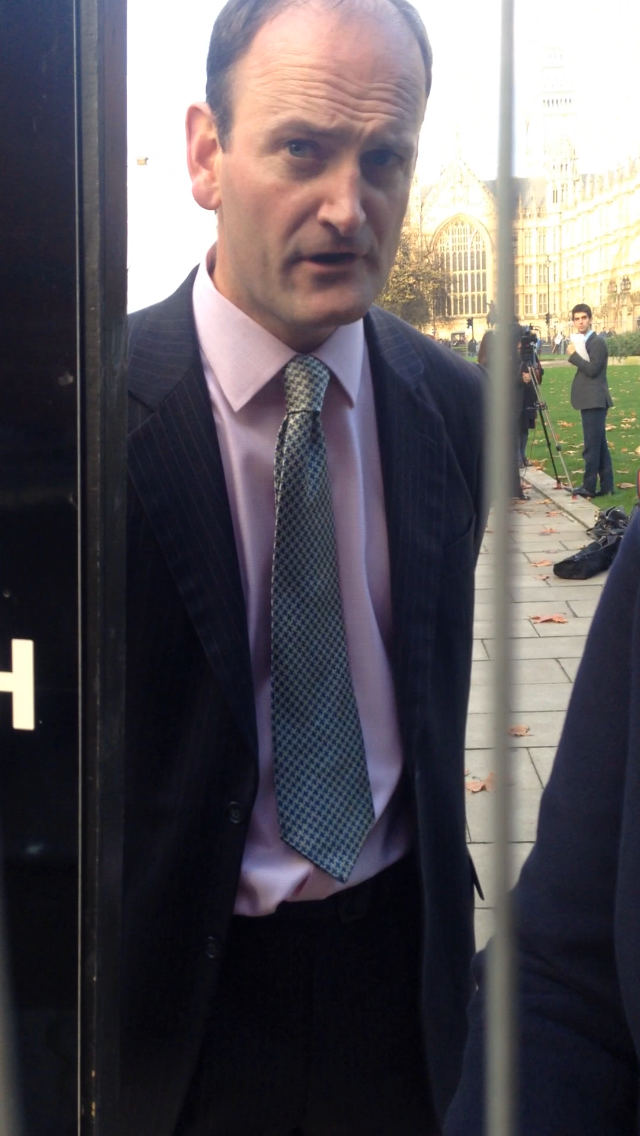 Tory defector Carswell shares his thoughts with the London Tab

Send in your pics and stories to editor@londontab.co.uk.