It was mostly just dancing to Backstreet Boys

A godless church service sounds like a terrible idea, frankly. 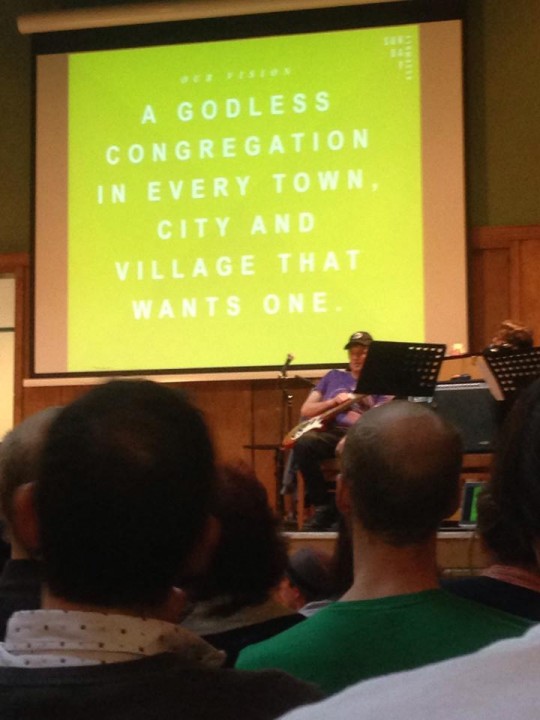 We arrived on Sunday morning accompanied by 200 other “worshippers”, eager to find out more.

The motto of The Sunday Assembly encourages is offensively annoying – “live better, help often, and wonder more” – but spending a morning with these unapologetic apostates was the most fun we’d had in yonks.

There were no moustachioed virgins or octogenarians chugging us – just friendly people interested in speaking to you.

Instead of a sermon, there was poetry. Instead of hymns, dance and talks. We sang and busted some groovy moves to the Backstreet Boys. 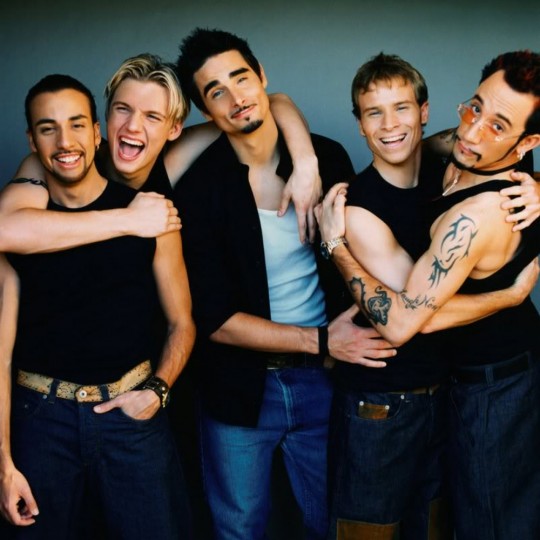 A lady next to us told us that because everyone there is a bit barmy, everyone feels included.

And Dawkins himself would’ve been sorely disappointed with the absence of religion bashing.

The assembly is open to people of all faiths as well as none. LGBT+ are especially welcome in this church, though they’re often excluded by others.

The atmosphere was invigorating, somewhere between dull Anglican service and Evangelical.

We still really wanted to meet the people who built this community. Was it a bunch of hippies who decided to put into action after a few spliffs?

Its establishment actually came down to London’s most sparsely supplied commodity, community.

This church is an exemplary community: one probably founded out of boredom, yes, but also a love for people coming together.

In this church, strangers jive and jostle without the theology. This happens on a Sunday morning in London. Its clientele aren’t exclusively clothed in knitwear either. 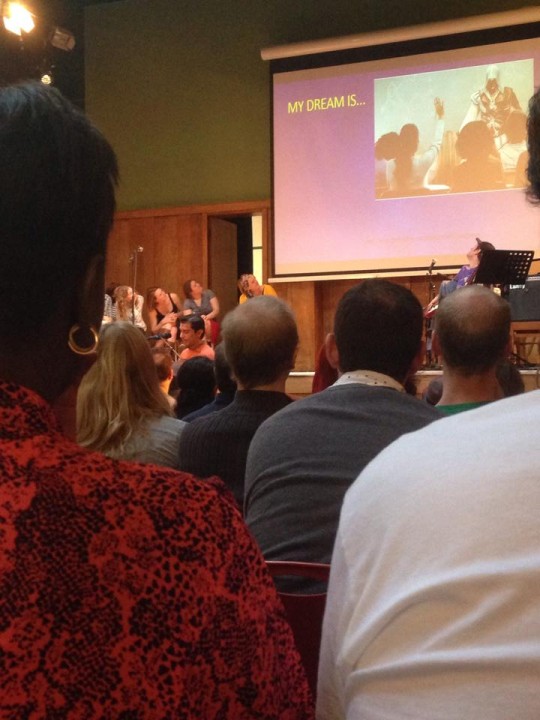 Celebration of life is the main objective. And it might sound cringe but you know what? It felt good.

It can be the Church – minus Jesus and your mum.