Bello-par uni management under fire as email fiasco rumbles on

UCL bosses have been caught up in a media storm and are facing harsh criticism from students after Wednesday’s now infamous Bellogate hit the national press. 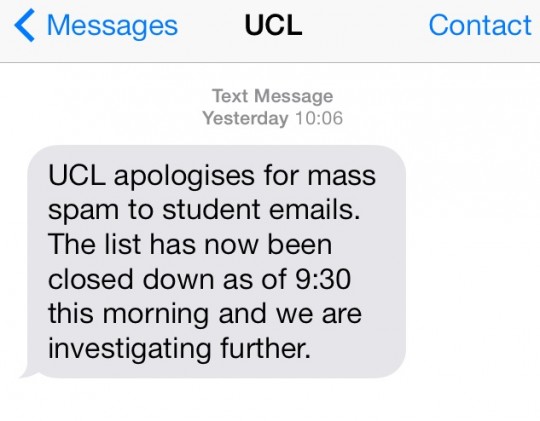 The text message, which was the first official communication sent to students in the aftermath of the email storm, represents the sum total of UCL’s efforts to clear up the mess created what has been described as a negligent approach to email security.

As of Friday, public promises of a system to delete the backlog of thousands of messages by uni IT director Mike Cope have amounted to nothing.

Cope, whose department failed to respond to the mounting chaos until almost 11 hours after the original message from the Provost’s email had been sent, offered a statement which concluded with the earth-shattering revelation that students responding to the chain were only “compounding the quantity of email being sent”.

While Bellogate and the onslaught of low-grade puns that it inspired attracted much dewy-eyed attention from the national press, union politicos have been quick to publicly criticise the unprecedented blunder.

Seeing the funny side, Democracy & Communications Officer Hannah Sketchley opened a statement on the fiasco with ‘bello!’, before criticising UCL’s “worrying breach of data security”. 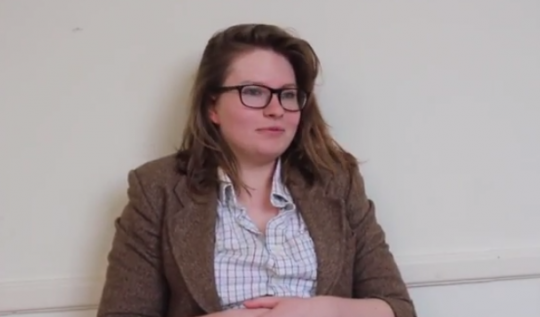 Sketchley loves a withering put-down, especially where men in grey suits are concerned

Sketchley went onto say that “being signed up to parties such as UKIP against your will is definitely not on.”

She added: “We will be encouraging UCL to get to the bottom of this as quickly as possible, and a student will be submitting an emergency policy to the Welcome General Assembly…to mandate us to take a firm stance on the issue. ”

However, given that the meeting was eventually cancelled, it remains to be seen whether the UCLU faithful will be rewarded with Sketchley singing “for he’s a jolly good bello!” at the next UCL Comms meeting.

The motion is set to be put to a union vote later this month, by which point they might have realised that Bello has already stopped being funny.