Chair of UCL’s governing body, Sir Stephen Wall, has told The London Student  “LGBT staff did not feel they had a chance to air their views” prior to the opening of UCL’s Doha campus last year. 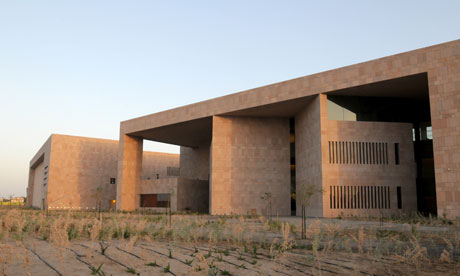 Whilst the University promises support for their staff in the case of “difficulties”, their entry into the country could mean “medical tests” as part of the government’s efforts to “detect” sexuality.

They were also warned that UCL “could not protect staff from having to observe the laws in Qatar”.

The country has been subject to endless attention given its stance on human rights, particularly since the announcement that they shall play host to the 2022 World Cup.

This is particularly relevant when it comes to LGBT rights. At present in Qatar, homosexual acts between males are illegal, and according to Amnesty International, dozens are charged with “illicit sexual relations”, leading to imprisonment or deportation every year.

Louie Spence was ill that day

At the opening of the Qatari Campus last year, recently retired Vice-Provost Michael Worton told the press: “our values match very much with Qatar Foundation”, adding “UCL Qatar is committed to fulfilling the ethical and social visions of UCL”.

Despite limited international criticism, the project has divided opinion on campus with many criticizing the project. However, a 4th Year SSEES Politics student said “In a country with different beliefs and values than London, it’s still important that people have access to excellent education”, adding that “by having UCL there it may make the country more welcoming to those of different backgrounds”.