A race against the clock to get back to UCL

19 teams have been dropped in the middle of nowhere and have 8 hours to make their way back to UCL, completing challenges along the way. The Tab, along with RAG Soc, will be bringing you live updates throughout the day from our very own team, Granger Danger!

7.10pm:Team Granger Danger are finally back at UCL! LOST 2012 is finished! 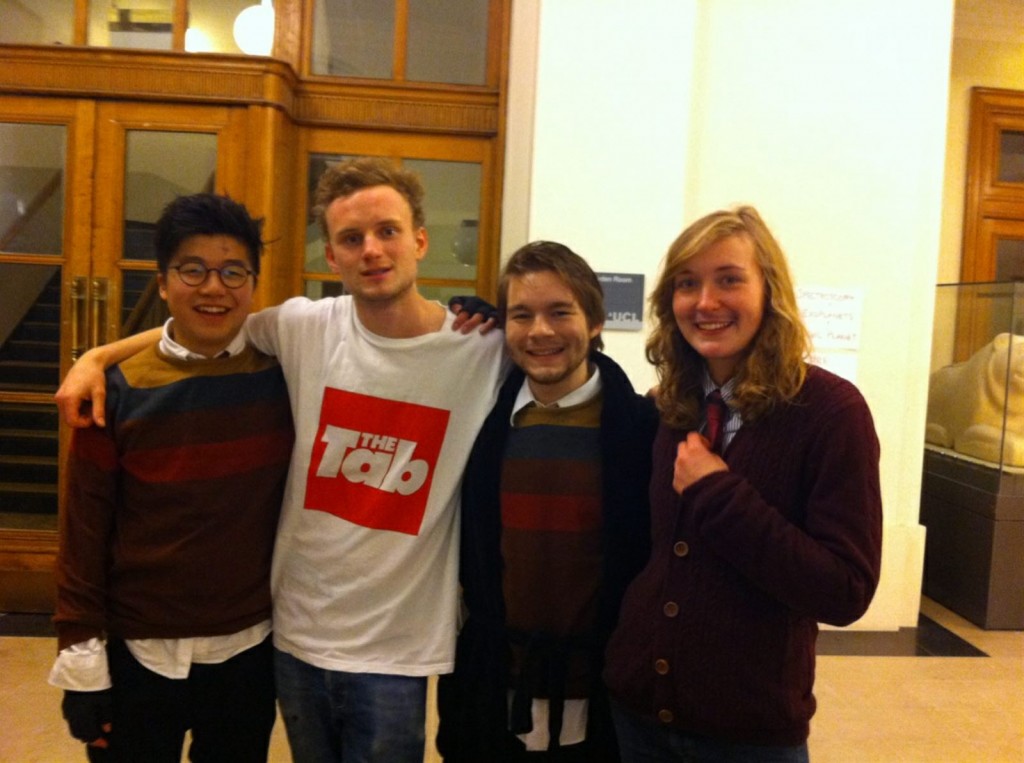 18:45: Our penultimate team has arrived! The Rabbits are here complete with helium balloons. It only took them 10 hours to get back… 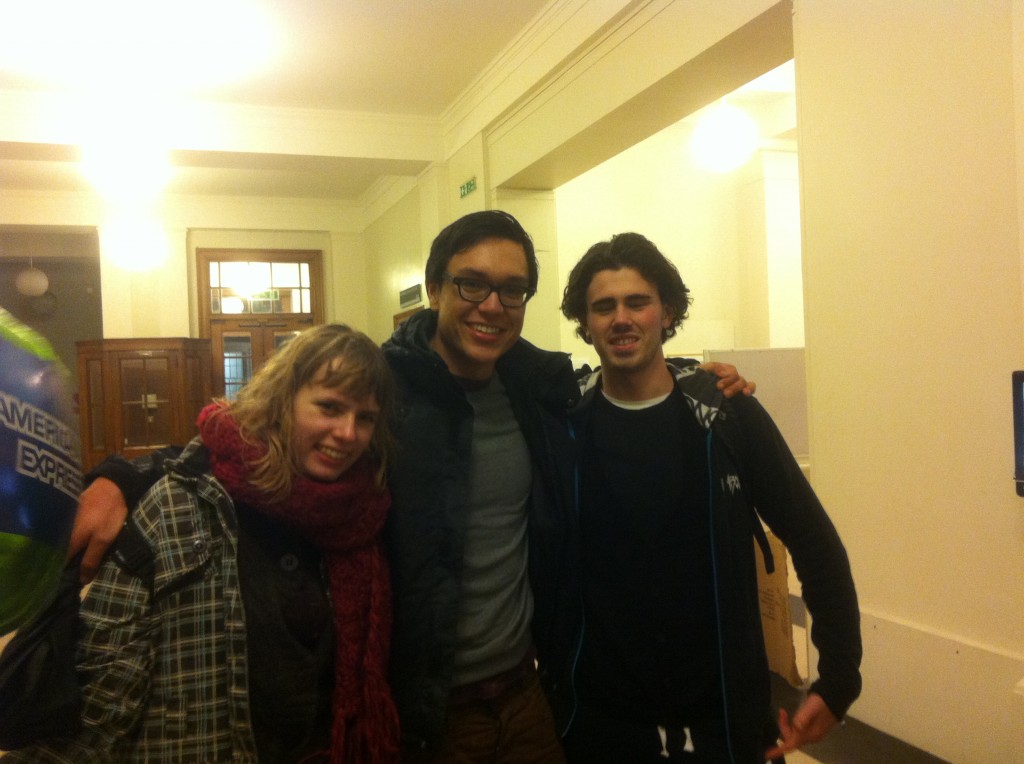 18:20: The Escapees- who accidentally went to Warwick, have made it back. And they’re not very complimentary about Warwick. They still got back quicker than a couple of other teams despite going quite out of the way. Fair play. 17 down 2 to go. Including our Tab team. Where on earth are they? We don’t know, perhaps they don’t either. 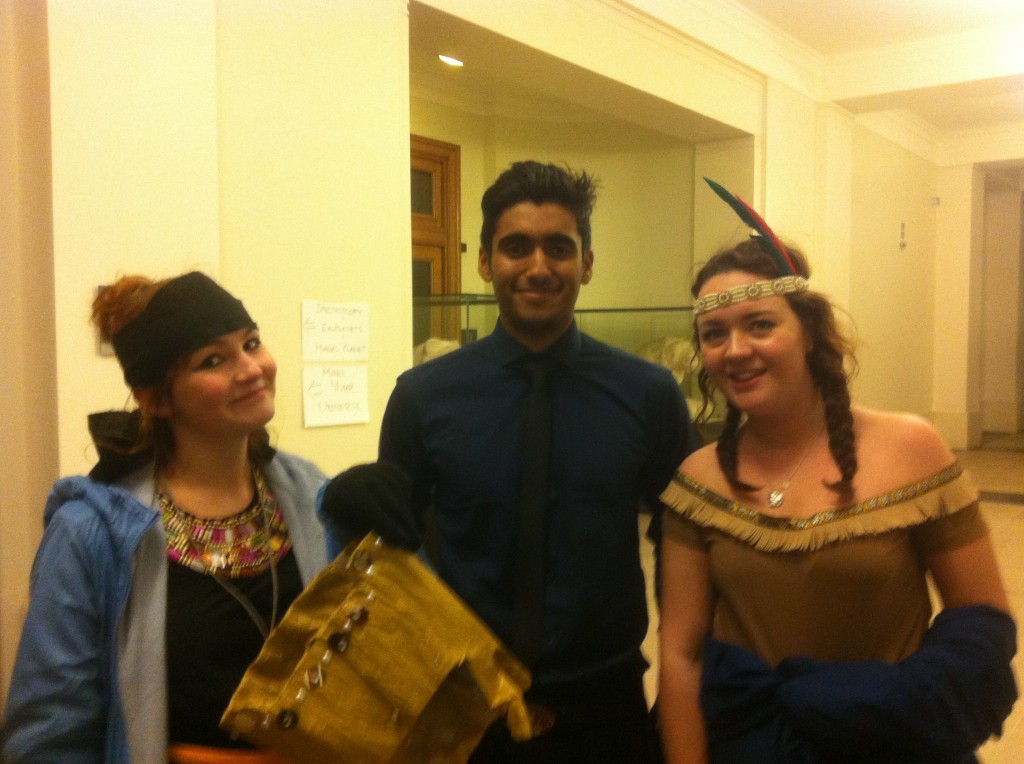 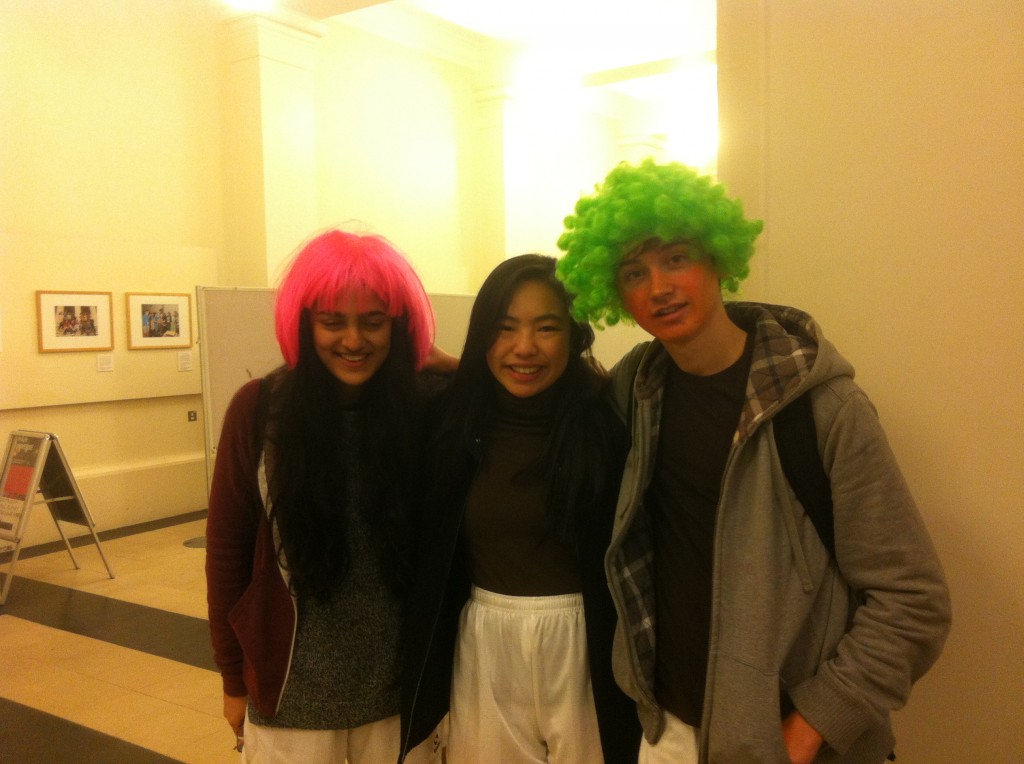 18:13: One more down, four to go. Above and Beyond are back. They had an easy ride to Oxford but have had a tough time from there. Still, another good day on the whole. 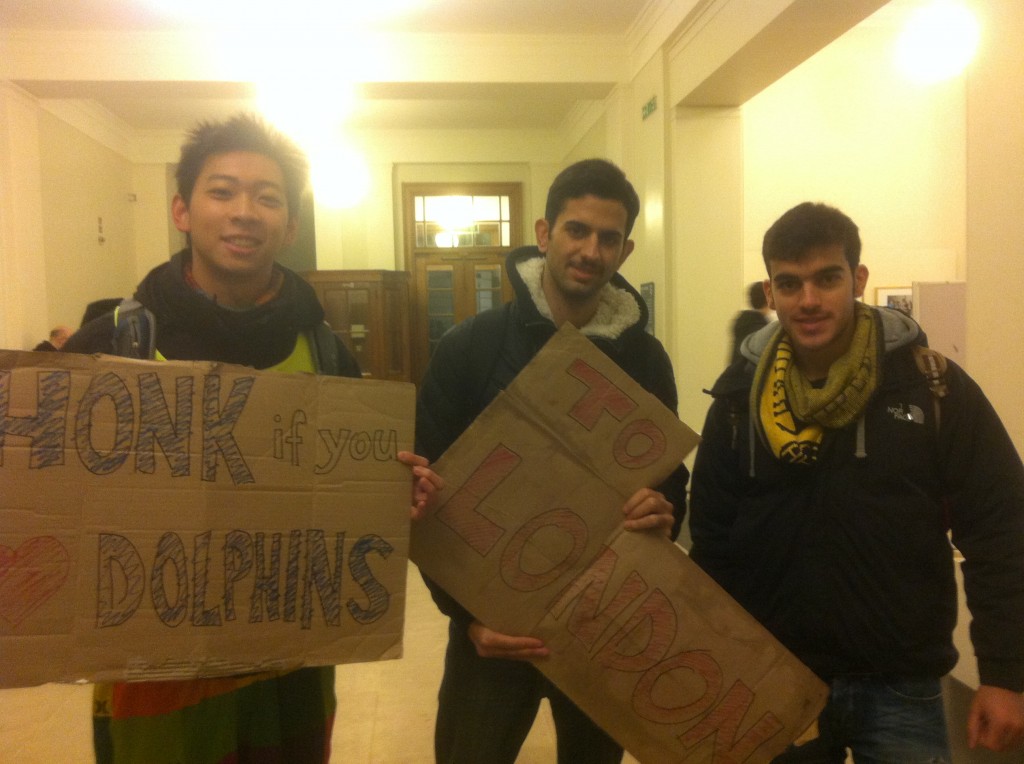 18:00: Team Where Am I? are back on campus. Getting late now though, and still 5 teams to come. Where are they? 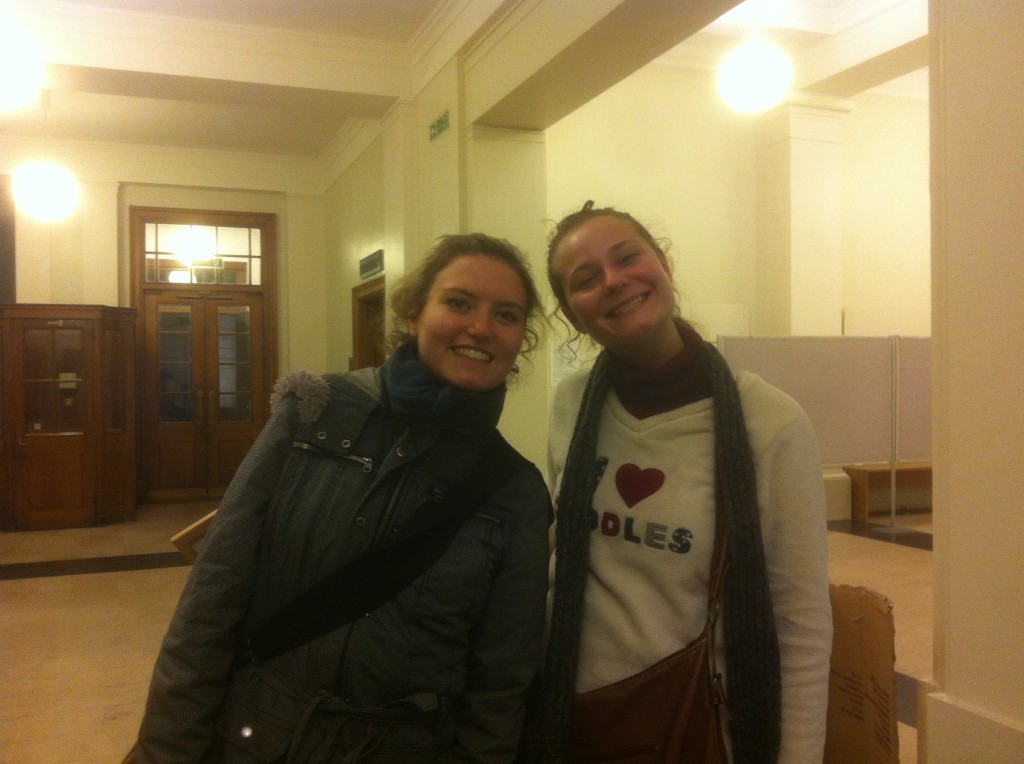 17:46: The Escapees are apparently on their way back after managing to go the wrong direction and end up in Warwick. GCSE Geography anyone?

16:55: Team 38 are back as well. Just as well since darkness has fallen outside but we’re still awaiting a few more teams. Getting there though. 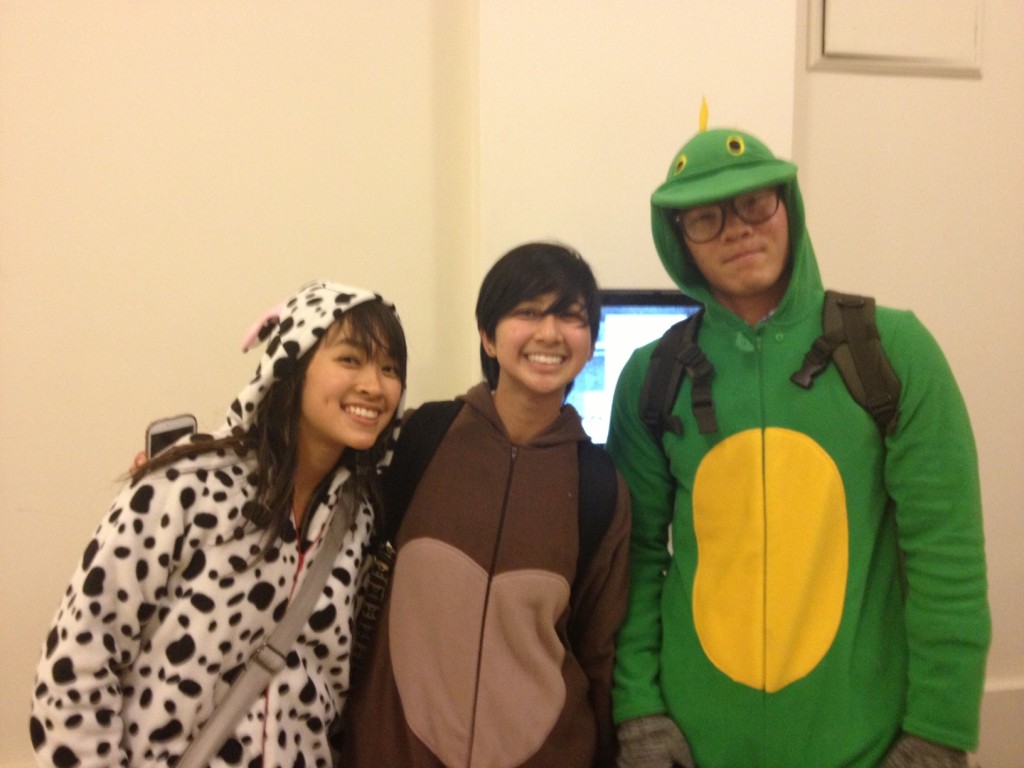 16:41: And another! This is worse than waiting for the 29 on a Monday morning. The Physicists have gravitated back to the South Cloisters. Gravitated… geddit? BOOM. They got some cracking help along the way too. A lovely member of the public went well out of his way to drive them to Oxford and donated £150. What a guy. The Tab salutes you! 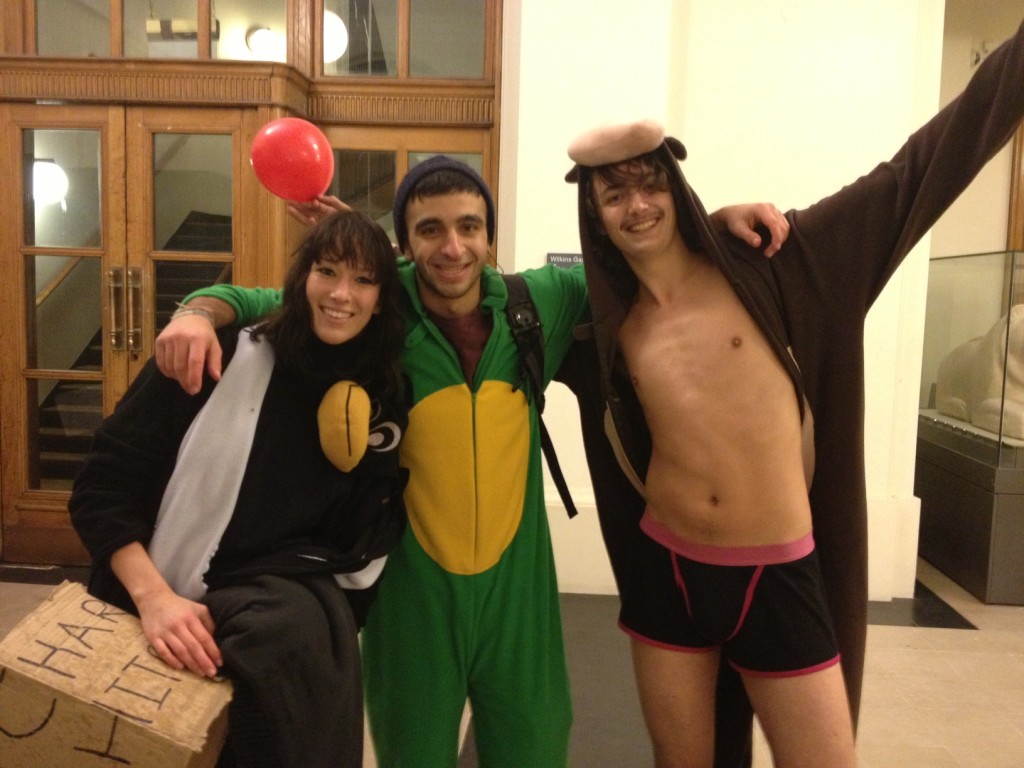 16:37: Like London buses we’ve waited ages for one team to come back and now two have come along pretty much at once. Dream Team have made it back as well. 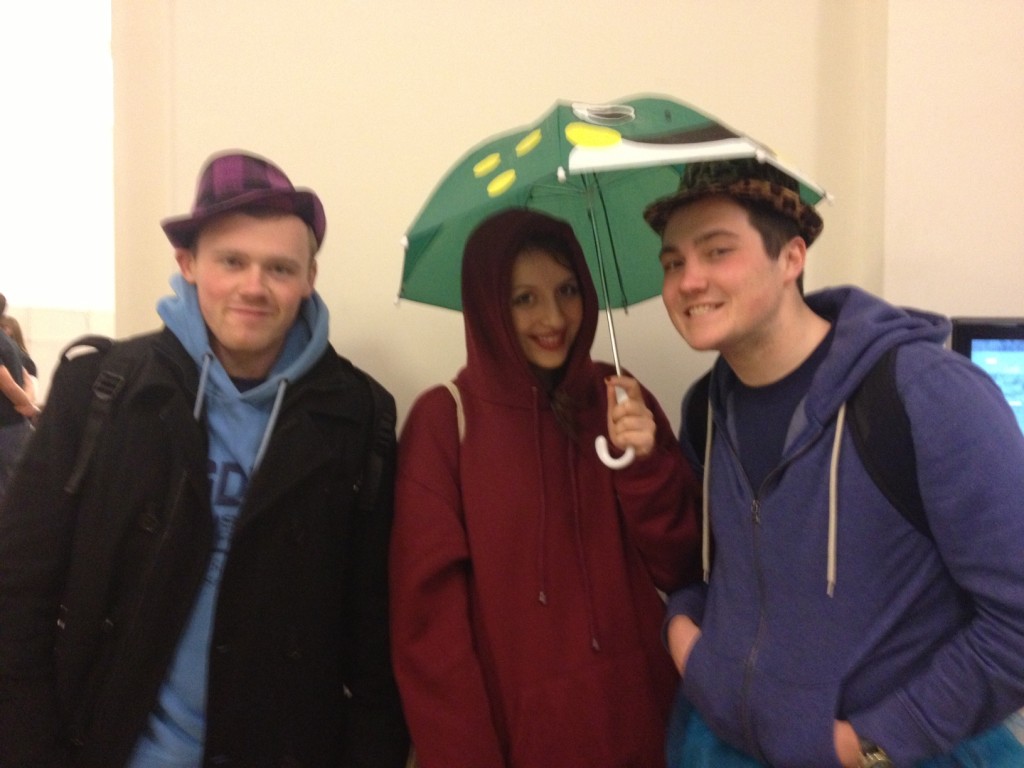 16:30: After a long gap another team has got back. Nitendudes are back on Gower Street in 10th place, which they seem pretty pleased with. Well done lads. 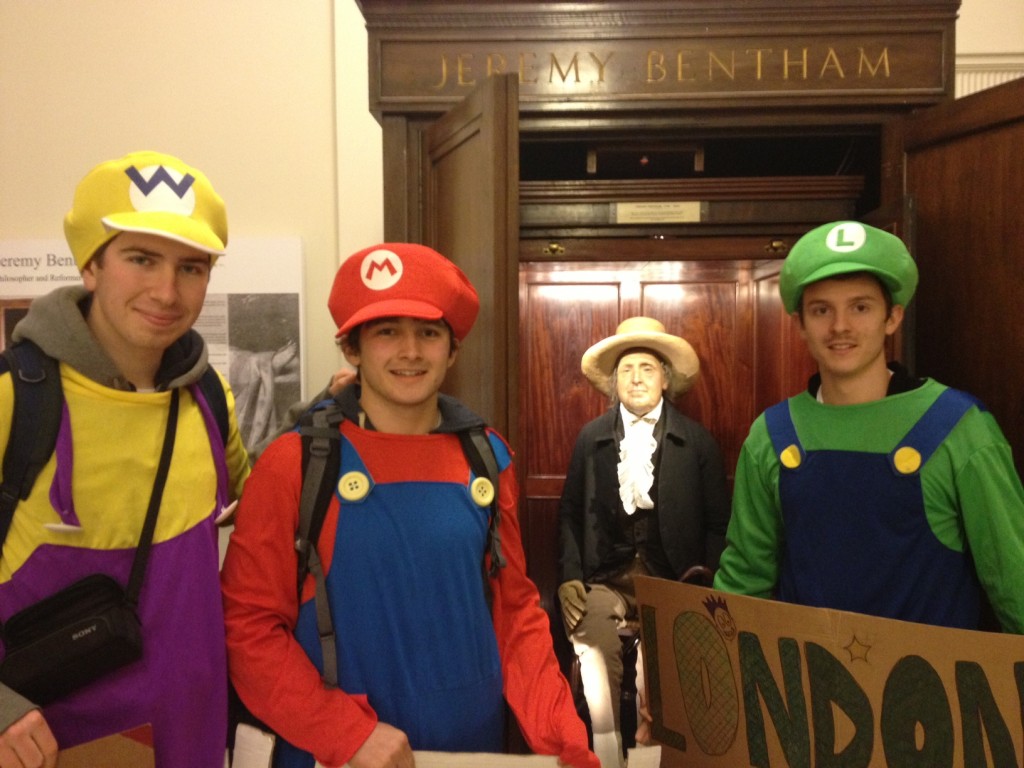 It’s worth noting that Jezza B wasn’t part of their team.

15:11: Escapees don’t seem to be happy and shiny at the moment , “People from Warwick are all assholes, sad f**king assholes.”

14:58: Lost Medics have returned safe and sound, with a plethora of challenges completed, including kissing a stranger, getting free McDonalds and driving a strangers’ car. Always good. 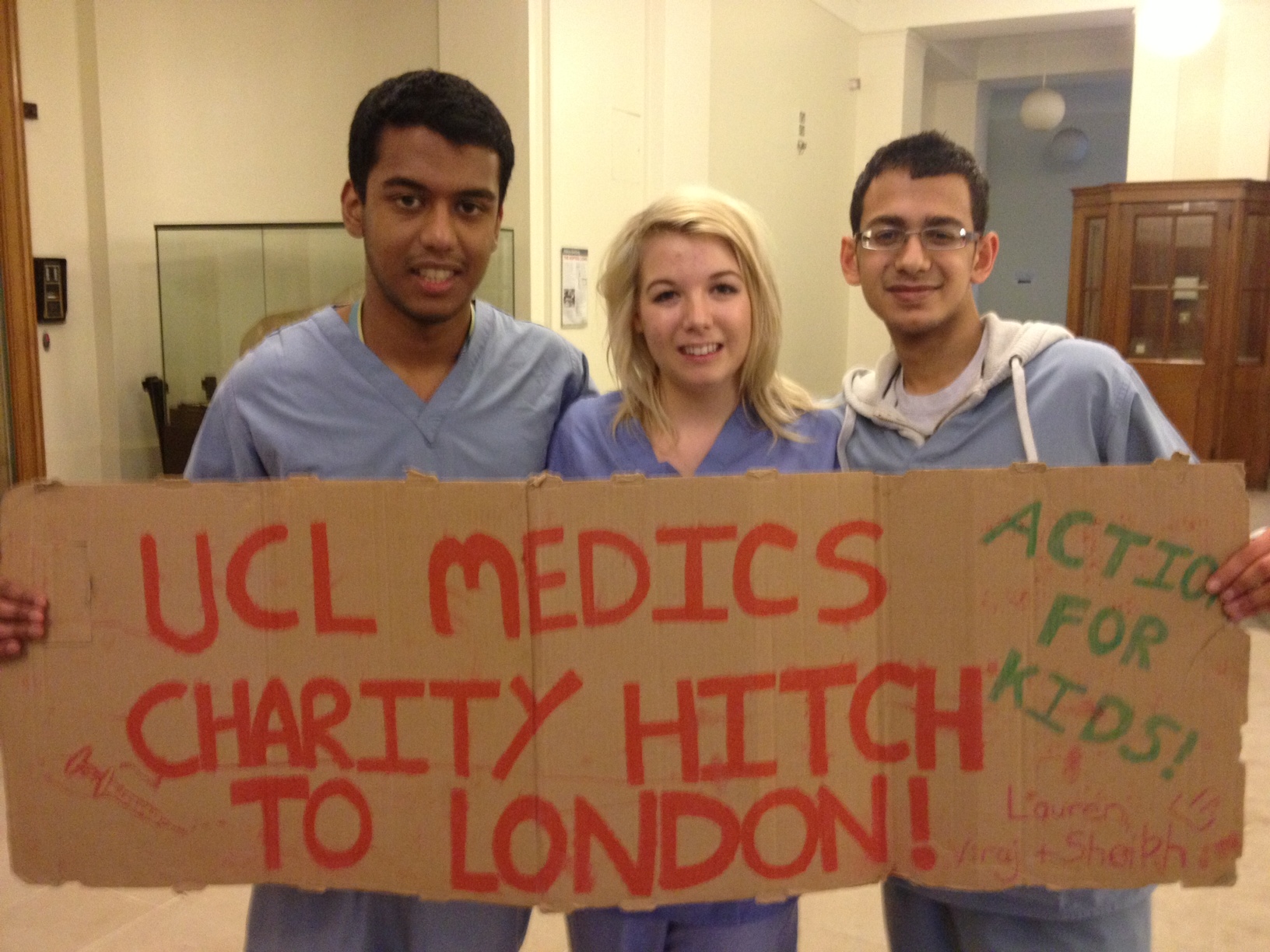 14:30: Team Rabbits: A break required from the trials and tribulations of travel obviously, “New pub discovered”.

14:15: Team Granger Danger: “Bus driver giving us a free lift into Oxford from a park and ride. People are Great! I feel like I’m a feel good indie road film, but with less celebrities.”

14.04: Team Granger Danger: “Okay we got another lift from a nice woman and are now at Blenheim Palace #classybutwet”. Our Tab team seemingly taking in all the tourist spots en route.

14.02: Team Vicious and Delicious, Spiderman in tow, managed to complete a lot of challenges. Will that be enough to win it for them? Probably not.

14:01: Team Granger Danger: “On a roll! Just got 3 lifts in a row! Faith in humanity re-affirmed. Nearly at Oxford. Shoes not getting any drier.” 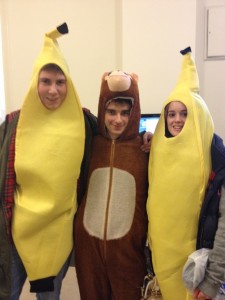 13.57: Team Vicious and Delicious back in one piece. 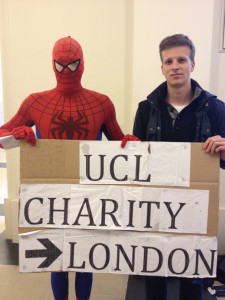 13.52: Team Granger Danger: “Playing a spot of Quidditch with Oliver Wood(stock)”. They must really be getting bored. 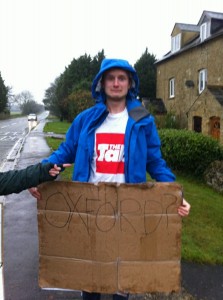 13.42: Latest arrivals to the South Cloisters the 68/69 Class of Chemical Engineering. They huddled around Jeremy Bentham, took some photos and then shuffled away. What is life?

13.36: Team Homeward Bound: “managed to get a free tube journey to ucl surely first place!” Not quite guys.

13.31: Team Allegra return with a picture of one of them climbing a tree. Double points for that. 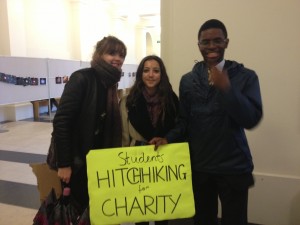 13.23pm: Those two consecutive updates from Granger Danger were due to a communication breakdown. We have no idea what provincial backwater hell they’re currently suffering. 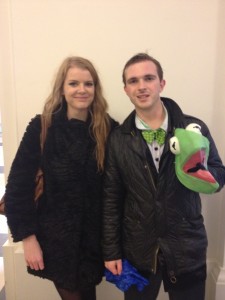 13:16pm: Tab-sponsored Team Granger Danger: “Are now in Chipping Norton. Lots of places beginning with chipping out here.” Sounds like they’re really in the wilderness, may God have mercy on their souls.

13.15pm: Team Granger Danger: “Managed to get a lift from Moreton with a lovely man who has Saturday off and has already done the housework so was looking to kill some time. He has a packet of jazzles in his car. Didn’t know they made them anymore.”

13.02pm: No one’s returned back to the Cloisters for awhile, and there are only two  brownies left on the RAG Organizers table. Something’s gonna give.

12.49pm: Latest update from Team Granger Danger: “Out in the Forbidden Forest – one step closer to Platform 9 3/4.” Not sure what to make of that.

12.38pm: Team Get Lost Umit the latest team to return, in a courageous 4th place. 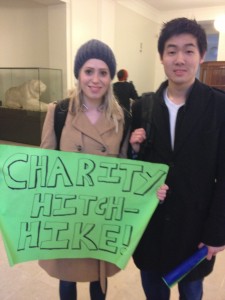 12.29pm: The Committee RAG team back in the Cloisters. 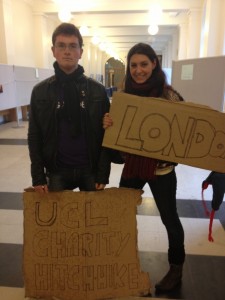 12.16pm: Team Homeward Bound in Hammersmith, closing in on UCL. 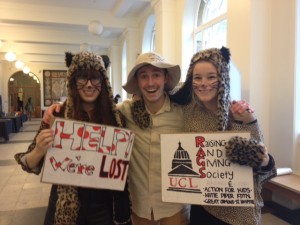 11.58am: TEAM RAGING GANGSTER ARE THE FIRST TEAM BACK AT UCL!! WELL DONE! 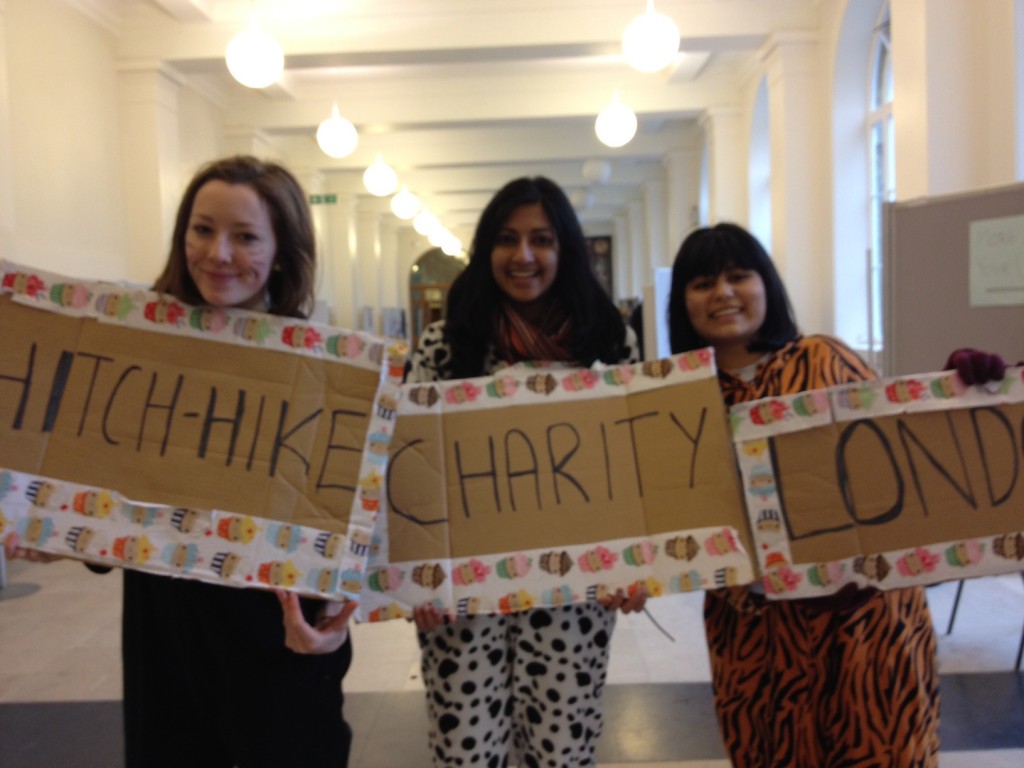 11:39am: Team Raging Gangsters: Getting on a tube to Euston Square!

11.38am: Team The Committee: In a car with Fossil Collective!

11.30am: Team Carrots: Stuck beside a roundabout and can’t get a lift!

11:29am: Team Granger Danger: Asked at a church. no luck. #nosamaritans

11.20am: Team The Committee: cold and wet outside, warm and dry inside, with a famous singer – WHO IS IT TEAM COMMITTEE?

10.58am: Team Granger Danger: Still trying to get another lift. Eating some biscuits. Starting to rain.

10.34am: Team Cherie and Soumya: jumped the barriers at the station and getting train to paddington. Hopefully won’t get thrown off!

10:24am: Granger Danger: kissed an old woman and hugged an homeless man. Trying to get a lift!

10:19am: Team The Physicists: With some random dude. Dug a hole, rode a horse already!!

10.10am: Granger Danger: so we went the wrong way, met a farmer with a very bulbous nose, got a lift with a bummie renovating a mirror and are now in a village called chipping campden!

9.50am: Team IRD has just picked up a train to hammersmith! looks like they’re on their way to the finish line!