Why Hallowe’en is the best night out of the year- if you really go for it.

It’s underrated, and sometimes derided for being “Americanised” but when you think about it, it’s hard to see past Hallowe’en as being one of the best nights out you’ll ever have. If you embrace it that is. 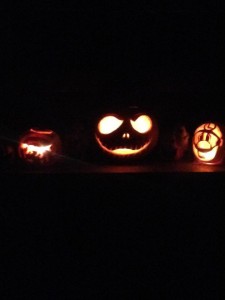 For starters it isn’t American, it’s Celtic and therefore British (to some extent anyway) and another one of our great exports to the United States- along with the English language, St Patrick’s Day and Piers Morgan…

So it’s part of our cultural heritage, which is always a good thing to celebrate on a night out. But more importantly it’s the only night of the year where you can legitimately dress up like you’re five years old again and get away with it.

The difference from being five years old of course is that you can drink alcohol, which adds a fun new dimension to things. My Hallowe’en party experience last Friday taught me that Luigi is much more fun when he’s had half a bottle of vodka than when he’s jumping down manholes and racing Mario around a desert-themed racetrack.

And that’s the thing about Hallowe’en as far as costumes go- you don’t actually need to be wearing something scary to scare the life out of people. A perfectly sober vampire is a lot less scary than an inebriated Catholic priest (particularly if the vampire in question is one of those pasty-faced prats from Twilight).

That fear is probably intensified if you’re an innocent member of the public trying to get home on the N29 and several members of the walking dead hop on the bus, carrying the oyster cards of their latest victims. That in itself is one of the most enjoyable aspects if you’re one of the zombies in question- the looks on the faces of everyone else around you. A few snaps by bemused Japanese tourists on the Northern Line and you’re laughing.

You don’t get that sort of fun at Christmas, even if you do venture out in a Santa hat complete with beard (and maybe even a pillow up your jumper) who’s going to be scared of that? Or even mildly confused by it? In fact the worst case scenario is you’re going to ruin a child’s dreams of Father Christmas forever by slurring your words at him after a few too many cups of mulled wine.

So embrace Hallowe’en, smear your face with red food colouring and try your best to terrify the general population of London. It’s the perfect excuse to go a bit mad and blame everything on your persona for the night. You can’t do that at any other time of year. Face it- who’s going to believe it when you tell them the Easter Bunny was the one who vomited in the sink?