Women’s Rugby make decision to pull out of Premiership

Three years of BUCS league successes have screeched to a halt for one of the most successful sports clubs of UCLU this week.Women’s Rugby made the regretful decision to pull out of BUCS Premiership South after just two games into the new season.

Despite having won with score differences of up to 50 points in previous years, Women’s Rugby knew Premiership was to be no cake-walk. They started preparing for the jump in playing standard from Christmas of last year when they were mid-way through their eventual undefeated Tier 1  league season, predicting the latter far in advance and what it would mean in terms of promotion.

Improved access to physiotherapy, discounted access to Bloomsbury Fitness and a larger grant from UCL Union in order to fund better coaching were just a few of the items on their wishlist.

UCL Union’s staff team provided extra support as best as they could with free team fitness sessions for club members in the first few weeks of this term, run by one of the UCLU Elite fitness coaches, and the setting up of free drop-in sessions with physiotherapists for sore players.
However their extra support and planning didn’t pay off. In the two Premiership matches they did play they lost with scores of 10-28 and 10-43 against Chichester and Cardiff respectively. The decision to pull out of Premiership came to a head when they were unable to pull together a team to play Cardiff Met, a notorious team in the world of women’s university rugby who have won the league consistently for the past 6 years and beat Oxford, their first opponent of this year, 115-nil. 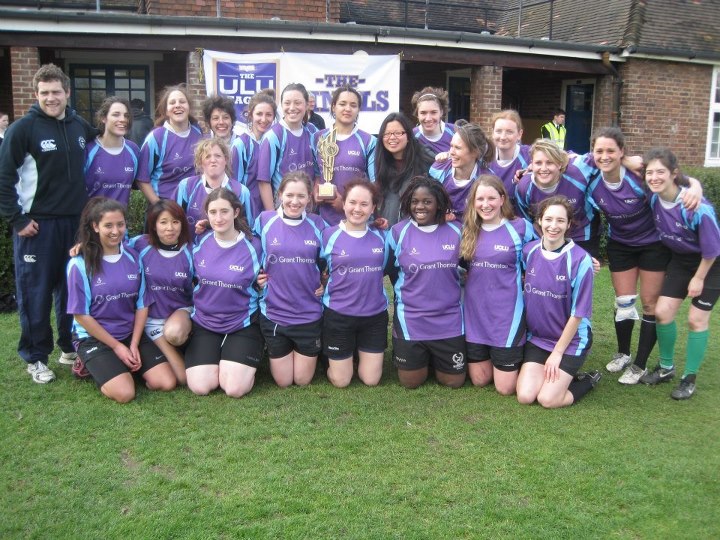 Yet the team are in very high spirits. LUSL (the new and improved ULU) games are still on the cards with their first match against St Georges this Sunday. To fill the newly-made gaps in the schedule Captain Jess Gregory is planning to arrange friendlies with local non-university club teams. President Anthea Taderera told The Tab,

“Our season has only just begun. We have two primary aims: firstly to have as much fun as humanly possible both off and on the pitch, and secondly to ensure Strand Poly never etches its name on our Varsity trophy. We’re in a great position to achieve both!”