Booze? No thanks, I’m a Fresher

Hugh Bassett finds out why the idea of getting wasted has wasted away. 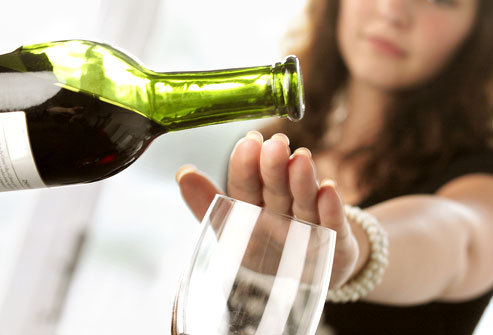 Yet new figures currently emerging suggest that instead of drinking and doing drugs more, the youth of today are in fact contributing less to the vilified ‘Binge Britain’ culture we have come to accept in this country. Whereas before statistics for alcohol consumption amongst people in their teens and early twenties seemed to be increasing exponentially, they are now dropping off.

The Office for National statistics states that in the past five years it has seen the ‘most pronounced changes’ to levels of drinking among men and women between the ages of 16 and 24, the demographic which had previously been causing the figures to skyrocket. In that particular age group binge drinking (consuming more than 7 units in a day) has fallen by about 10% since 2005. The percentage of young teens who have tried alcohol at all has also decreased a considerable amount.

And it’s not just the drink that young people are laying off, consumption of tobacco and illegal drugs are down too. In general, studies now show a change in attitude among adolescents, more of whom now view binge drinking amongst themselves as unacceptable.

A general trend has been that more and more students turning up to higher education are refraining from drinking completely. But what’s it like to go through Fresher’s week sober? Is it even possible to enter The Roxy without vodka pulsing through your veins?

This week I spoke to Anna, a first year student here at UCL who chooses not to consume alcohol, to see what her experiences of booze-free university have been like.

So have you ever tried alcohol?

Yeah, I’ve tried most things, but only a sip really here or there. In total, I’ve probably had a few shots, one glass of wine and one glass of champagne. I’ve never been anywhere near being actually drunk though.

Is there any particular reason why you choose not to imbibe?

Fair enough. Did you feel a lot of pressure to drink during fresher’s week?

Not really, most people were totally normal about it. Apart from one guy who had a big rant at me about how he found it ‘offensive’ that I didn’t drink and shoved a jägerbomb in my face.

He sounds cool, make sure you hang out with him!

Yeah, he was awesome. I think there’s actually more pressure to drink before Uni, since most people are used to alcohol by the time they get here.

Do you ever feel excluded from social activities because of your choice?

You are obviously more involved in nights out if you do drink, but on the whole I still join in drinking games and stuff, it’s just I’m not actually downing booze. I think if I were really into sport it might be different, having to take part in initiation ceremonies etc.

Would you say that in general there has been a move towards less young people drinking in general?

I’ve definitely met a lot of other people who don’t drink here which is probably different to previous years, but not sure if that counts as an overall trend.

Well there you have it; one person’s alcohol-free experience in the usually liquor-soaked realms of higher education. Perhaps even the next series of Skins might just be them sitting around drinking cups of tea. Maybe then I might start watching it again.