The commitment-phobe’s dream or a relationship nightmare? 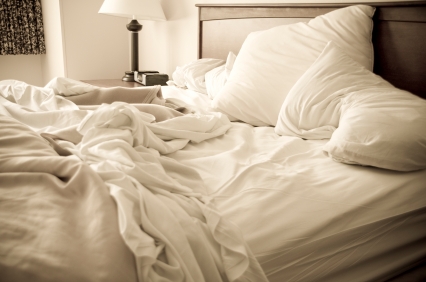 That word; commitment. It sends even the best of us running, running faster than our cowardly legs can carry us. Running straight into the arms of casual sex whilst you mutter under your breath ‘What could go wrong?’. And before you know it, you’re in a vaguely comfortable situation, reaping benefits from a friend on a bi-weekly basis and wondering why you ever thought that having a booty call could get complicated.

However unlike the one night stand, having a fuck buddy is not merely saying ‘I want to have sex’. It’s saying, ‘I want to have sex…with you…more than once’. And essentially, this acts as a bridge between wanting consistency and wanting monogamy. Now although my obvious experience-based cynicism is groaning to the tune of ‘Friends with Benefits doesn’t work’, the inevitable end doesn’t necessarily have disastrous consequences. If you were ‘never that close anyway’, it’s perfectly possible to deal with the occasional awkward rendez-vous in the Cloisters without running home and crying to Adele on repeat.

Therefore, to avoid damage it’s only possible to have ‘Friends with Benefits’ with someone who’s not really a friend. Maybe a friend of a friend or an acquaintance will enable you to enjoy the physical intimacy without the emotional baggage. The moment you begin to really care about that person as opposed to seeing them as an object of sexual gratification, it will become apparent that you’re not fuck buddies but rather two people who are too afraid to admit their feelings for each other.

Let’s take a moment to look at Justin Timberlake and Mila Kunis. 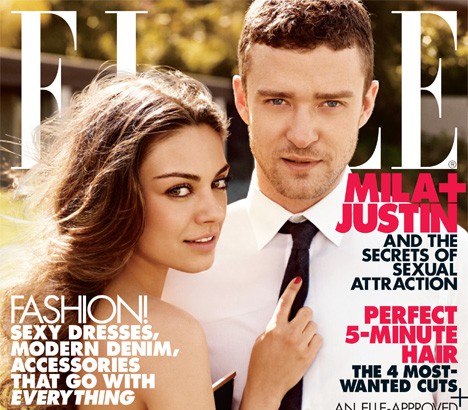 Ok there was a purpose to that other than the delectable eye candy. The movie ‘Friends with Benefits’ may as well be called ‘Watch these sexy people be naked, exchange awkward dialogue, feign romance and fall in love.’ In reality, this best-case-scenario is less likely to happen than you shagging Justin Timberlake tomorrow. And anyway, if you were involved with Mila Kunis who bloody cares if it’s fuck buddies, relationship or marriage?! You give Kunis what Kunis wants.

So although in Hollywood they all live happily ever after, chances of that happening are significantly lower in Bloomsbury. The inherent flaw in the ‘no strings attached’ approach is the fact that there are definitely always strings attached. And these strings, flimsy things of a dental-floss-like texture, dangle over your situation becoming more and more knotted with each orgasm until the only way out of this metaphorical mess is to quickly cut loose or painstakingly detangle.

Having said all that, having a fuck buddy isn’t unhealthy. The problem of finding yourself inexplicably physically attracted to someone, but not wanting a relationship at the moment is solved by having a fuck buddy and using each other for sex may provide an opportunity for experimentation and, where necessary, improvement. However, whether your arrangement has catastrophic consequences or not depends on how you define it.

For me, the terms ‘Friends with Benefits’ and ‘No Strings Attached’ are too problematic for their own good as not only do they make shit movies, but they also make shit of friendships. To remain emotionally detached, it’s not about liking them less or wanting them less; it’s about knowing them less. So if you have very little in common, limited conversation and fundamentally different values you should get by fine with regular fucking. Indeed it may get messy, and so what, relationships are messy too. But although it may be worth risking a friendship in the hope of a long-term romance, it’s probably not worth risking for short-term satisfaction.

So I say do it. Or rather, do them. But choose your ‘buddy’ carefully. Even if they say ‘they’re not looking for anything serious’ and that they ‘promise it won’t be awkward’, be aware that after a few weeks of great sex you’ll no longer be able to look this person in the eye. So if that bothers you, if that person is too important for you to avoid or if that person understands you as well as your hormones, I suggest that you either ask them out or go to The Roxy and find someone else to fuck.