King Charles was once quite the prodigy. He won the International Songwriting Competition when he was just 17. He studied Sociology at Durham University. He dropped out. He formed a band and supported Laura Marling and Mumford and Sons. He was signed to a big record label. Where is he now? Performing to a packed out KOKO in late September. Good for him.

However, this show in particular was just baffling.

King Charles entered the stage accompanied by a grand fanfare of horns and trumpets. His loyal subjects whooped and hollered as he picked up his guitar and the rest of the band began to emerge. What followed was a barrage of aural eclecticism and general weirdness that lasted a good hour or so.

Songs that the fans would normally recognise had been chopped up, turned inside out and transformed into flights of sonic discovery that lasted a really, really, really long time. Guitar solos meandered for several minutes, samples looped over and over again and the backing singers wailed until their faces were red.

Looking at the people in the crowd, the reaction to such a change in direction was obviously pretty mixed – some were dancing and jumping around like festival-goers in the sun; others wore looks on their faces which suggested everything ranging from feelings of confusion to disappointment to downright fear. King Charles is arguably more known for his sweet, subtle anti-folk sensibilities, not whatever this was.

Why your Majesty, you do have awfully nice hair! 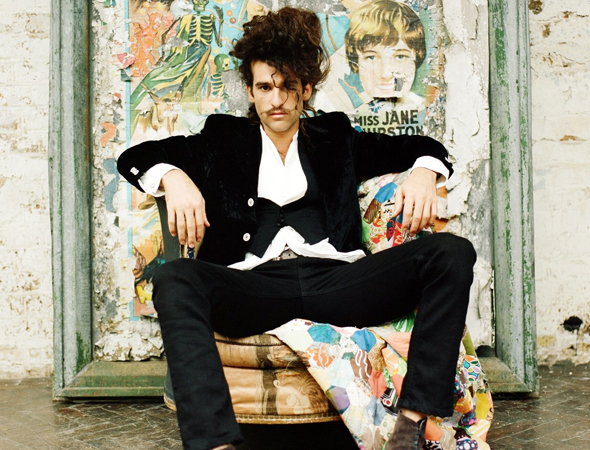 Why your Majesty, you do have awfully nice hair!

Slower, mellower songs like ‘Love Lust’ went down incredibly well, managing to rouse a cheer from even the most nonchalant of onlookers. In fact, his performance of ‘Love Lust’ in particular was about as good as it gets, sounding just as bitter-sweet as it does on record, only with extra bite.

As the end of the show arrived, Mr. Charles (his first name is King, right?) left the stage and, to nobody’s surprise, returned for an encore. What was surprising, though, was that he was alone. He played a brilliant, quiet, Jeff Buckley-esque solo number which must have left a lot of people wondering why he doesn’t just stick to this type of material for the whole show. It was very good.

Afterwards, the band reappeared and launched into a cover of ‘We Didn’t Start The Fire’ that had been “updated for this generation”, which would have been great if the lyrics didn’t sound like they’d been written by a Year 10. When we heard something about “Wills and Kate together ’til death”, we left.

Despite this, King Charles is a solid songwriter. His guitar-work is resourceful and innovative, and his stage presence is undeniable. However, if this show at KOKO is anything to go by, it seems as though his talent is muddied up and obscured by those on stage with him. If he stuck to truly being a solo artist, maybe we would see more of the International Songwriting Competition-winning boy he was a decade ago and less of what he is now, which isn’t bad, but isn’t that great either.