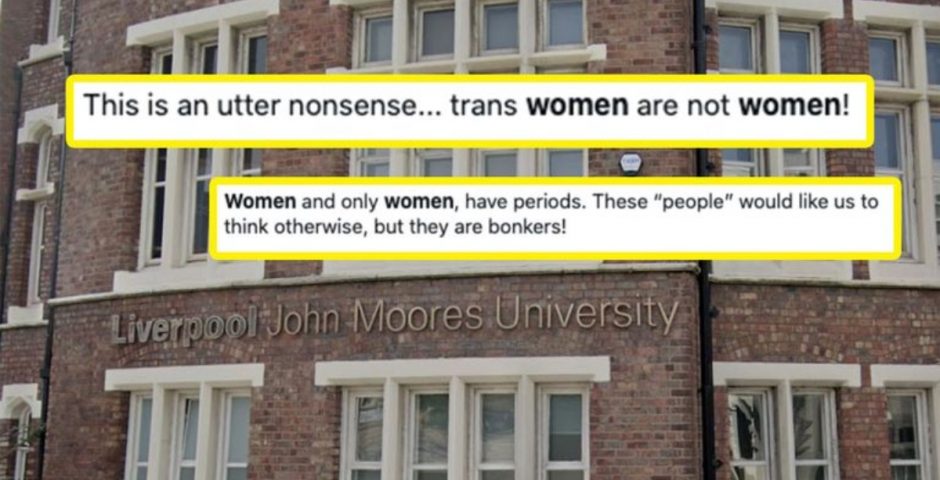 He said ‘trans women are not women’

A lecturer at Liverpool John Moores University has been accused of transphobia, after posting multiple tweets denying transgender individuals their respected identities, including saying: “I do not accept that a trans woman is a woman, they are simply not”.

Dr Paul Greenall, a lecturer in forensic psychology who specialises in offenders with a past of sexual violence, has tweeted saying “women menstruate men do not”, “a man cannot give birth”, and “trans women are not women”.

The matter was raised on the Liverpool student Facebook group Smithdown Ticket Exchange after a user shared the tweets, saying: “No teacher should teach a course about mental health whilst being discriminatory towards a social group who suffer from mental health.” 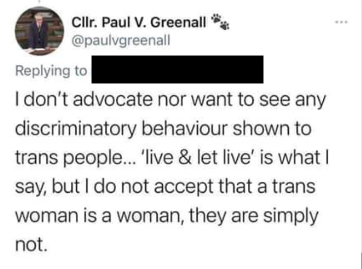 One of the tweets says: “I don’t advocate nor want to see any discriminatory behaviour shown to trans people”, but continues: “But I do not accept that a trans woman is a woman, they simply are not”.

Greenall replied to a news story about a trans man who gave birth, saying: “Simple human biology… a man cannot give birth… that privilege is reserved for women!”

Before deleting his Twitter, the lecturer’s bio read: “You take offence, I don’t give it!”

He responded to a tweet where someone says they will not educate their children about their being multiple genders. Greenall said: “In my house, there are two genders; men and women.”

In another, he replied to a photo of trans people menstruating, with the caption “people have periods”. He said: “Women and only women have periods. These ‘people’ would like us to think otherwise, but they are bonkers!”

The Tab Liverpool reached out to the GYRO-LGBTQ+ Youth group, an all-inclusive LGBTQ+ youth group based in Liverpool that provides educational sources and support for LGBTQ+ members. A spokesperson for the group said: “We completely disagree with every statement he has made here as they are transphobic and misogynistic.

“I am hoping that you raising this and shining a spotlight on it has the desired effect.”

A spokesperson from Liverpool John Moores University told The Tab Liverpool: “The tweets have been brought to our attention and we are looking into this.

“LJMU is an equal opportunities organisation, which stands against all forms of discrimination.  The tweets do not reflect LJMU’s position or the manner in which we believe respectful debate and discussion should be held.”

When to clarify if this meant the university is investigating the tweets, a spokesperson responded: “We’re looking into it and taking it seriously.”

The Liverpool Tab contacted Dr Paul Greenall for comment. He is yet to respond.

More screenshots of the tweets can be seen below: 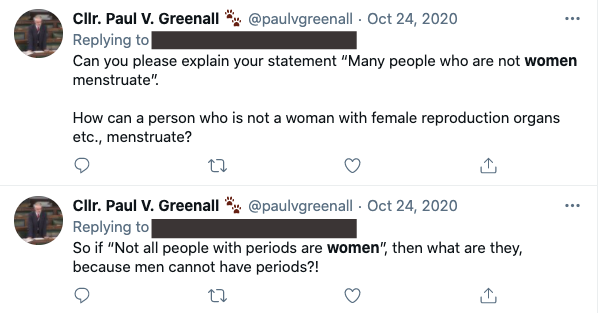