A Ghanaian Liverpool student has been subjected to racist abuse by strangers in a number of different group chats.

Esther Adjei, a second year Chinese and communications and media student, told The Liverpool Tab she was repeatedly added into chats on WhatsApp and iMessage, where participants wrote messages such as “bleach your skin n***o” and “are these more chimps that I can tame?”

“Every time my phone vibrates my heart starts racing,” Esther told The Liverpool Tab. “I definitely think I’m being targeted because they won’t leave me alone.”

Update: The University is now appealing for information regarding the group chats. In a comment to The Liverpool Tab, Pro-Vice-Chancellor Gavin Brown said: “Both the University and the Guild of Students are absolutely appalled by the racist abuse Esther has reported and have been in touch with her to offer support.” 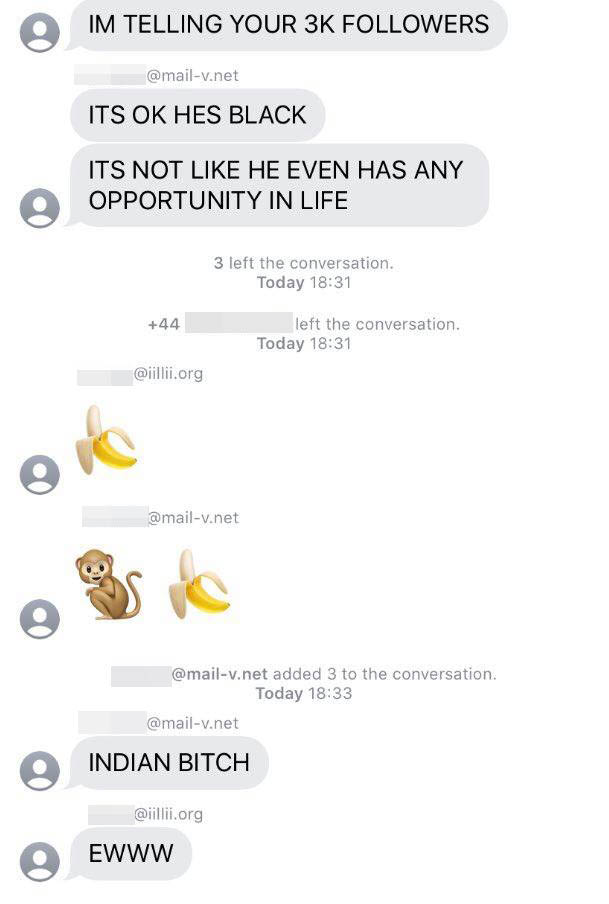 The harassment began in May 2019 when Esther was added into a WhatsApp chat called “be on lookout” without her consent. Screenshots seen by The Liverpool Tab show members of the chat sharing images of black men accusing them of rape and murder.

“Whenever I left, they kept on adding me back to new group chats,” Esther told The Liverpool Tab. She said she reported the chat to WhatsApp.

Esther was added into another chat last week, this time on iMessage, where one participant said: “It’s okay he’s black, it’s not like he has any opportunity in his life.”

She told the Liverpool Tab: “I don’t know who was adding me. It was random numbers. I didn’t report it to the police because I was already stressed with exams.” 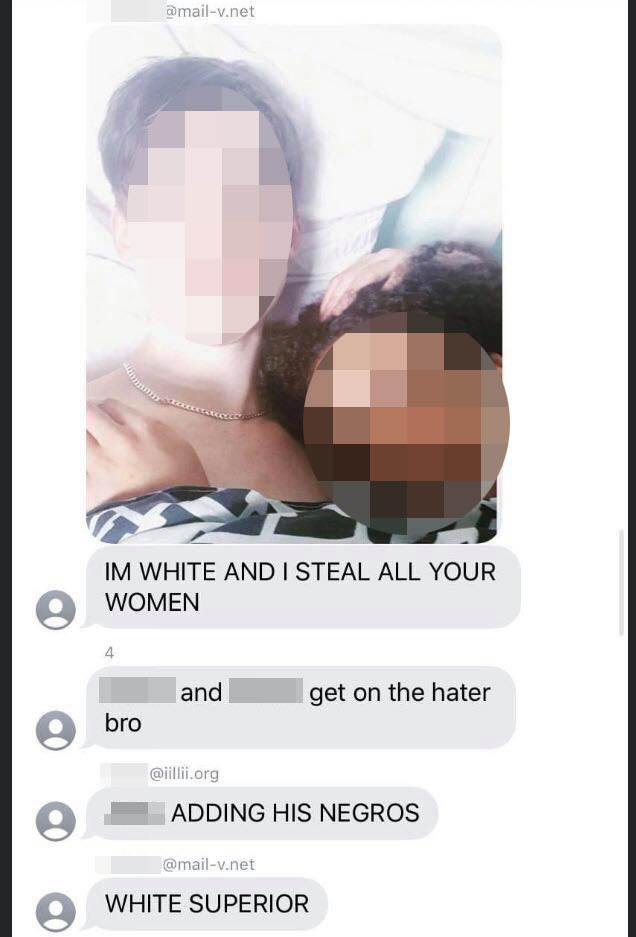 Members of the chat used random email addresses, and regularly add people into the groups without their consent to subject them to racist abuse.

“They haven’t said anything directly to me – I think they’re talking to some guy,” she said. “The abuse started being aimed at him after he started replying back, but at the beginning it was directed at all of us.”

Screenshots taken from one of the chats were shared online by Esther’s housemate with the caption: “My housemate has received countless messages of this nature. In one of the texts they mentioned the club INK so we know it’s Liverpool based.”

Messages shown in the screenshots show participants writing messages such as “what took you so long blacky?”

One participant shared a photo of two people in bed together with the caption: “I’m white and I steal all your women.”

Another wrote: “I’ll bash your bro’s head open. I’ll piss on him and rape his body.” 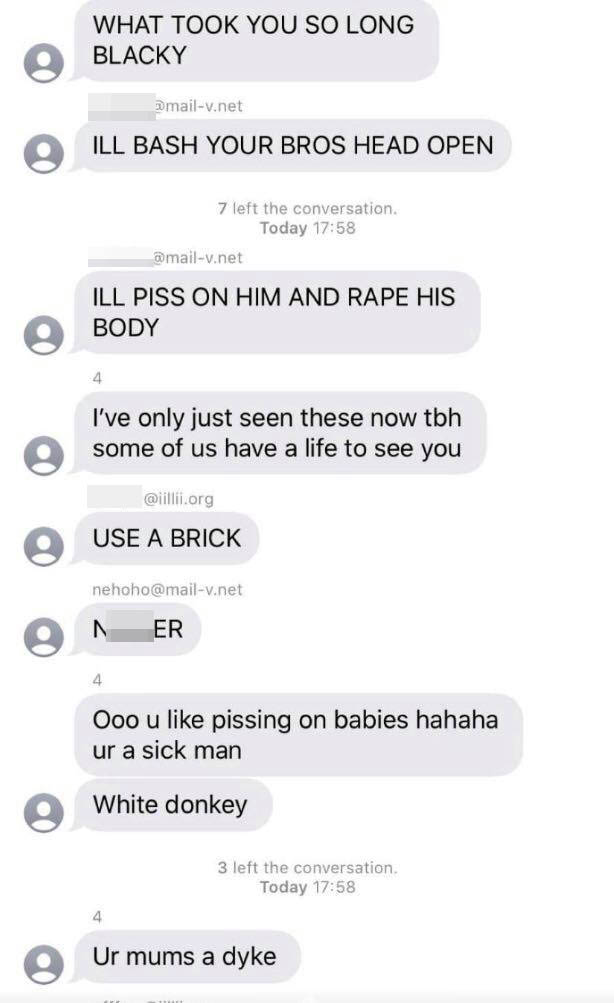 Esther told The Liverpool Tab she does not know how the members obtained her phone number and says she has attempted to leave the groups multiple times.

She said there are three people using the offensive language and 10 to 12 victims, who Esther says are mostly from ethnic minorities. 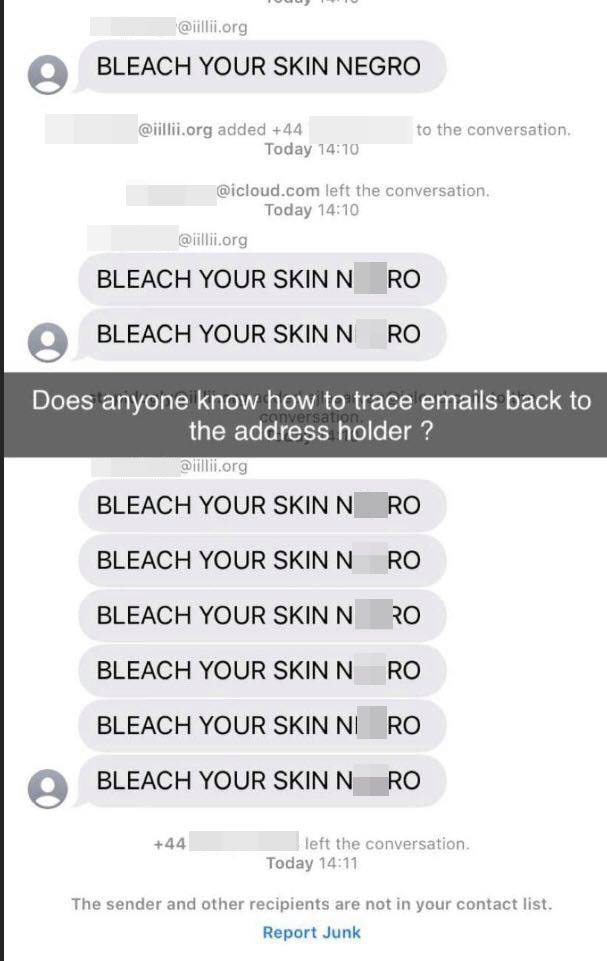 Esther said the chats have made her anxious about checking her phone in case there is another racist message waiting for her.

“I always get a sinking feeling at the bottom of my stomach when they message. I can’t lie it’s disrupted my studies – two days ago I was in the middle of an essay when they started again and it completely threw me off course.” 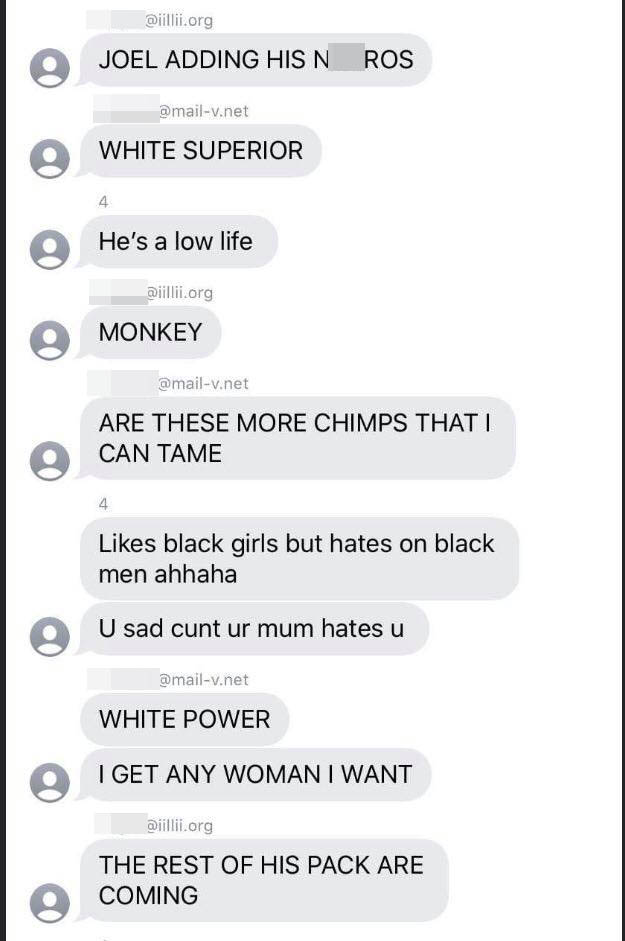 Esther has been added into a group chat as recently as today, and screenshots seen by The Liverpool Tab show participants using the n-word.

Esther responded to the chat: “Can you stop? What do you gain in this?”

The reply read: “Show us your pussy, slut.”

The Pro-Vice-Chancellor told The Liverpool Tab: “If anyone has any information which could be useful to our investigation, please contact [email protected]”