The carcass was found near Fazakerley Hospital

The remains of what appears to be a crocodile have been found near Fazakerlely Hospital in Merseyside.

People were left alarmed and confused after stumbling across the large reptile.

The animal, which appeared to be cut in half, was first discovered on Wednesday evening by a woman who thought it was a discarded branch.

Many questions have been asked about a crocodile on Liverpool's streets. Now the ECHO can reveal the answers https://t.co/0zflE1AaA9

One witness told The Liverpool Echo she and her boyfriend thought it was a toy, but upon closer inspection they saw the bones and teeth of an animal.

After posting on social media, the woman received responses from people who had reportedly seen the reptile earlier in the day on a grass verge, and fully intact.

She said: 'Some people think that maybe someone kept it as a pet and it got too big so they've let it out and it has died,' but it still remains a mystery as to how the croc-like creature made it to Merseyside. 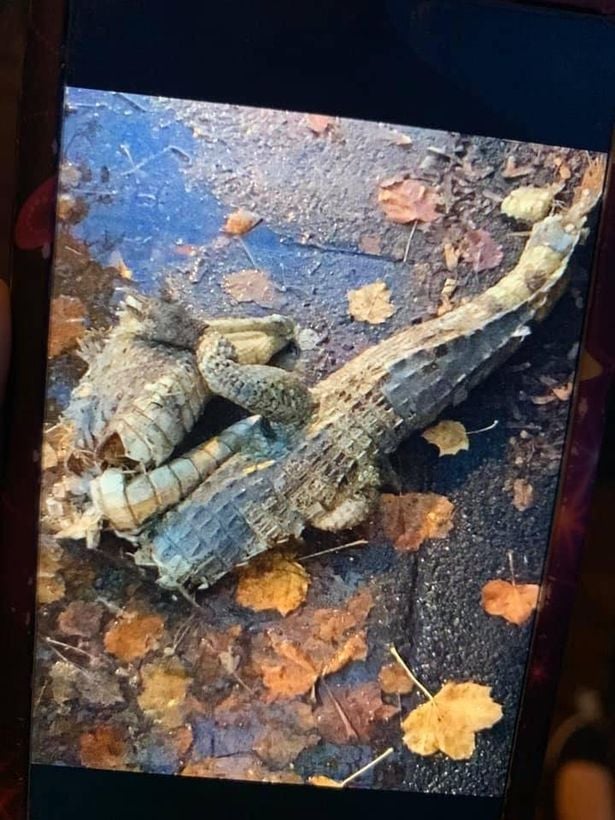 Theories about the croc have been circulating, with one Echo reader suggesting the reptile may have been picked up and deposited by a tornado. The legitimacy of this particular theory is yet to be confirmed…

However, it would not be the first time something like this has happened. National Geographic stated: 'A waterspout might sweep up animals that dwell near the surface of a body of water and bring them to land.'

A more reasonable theory suggests the remains are that of an already-stuffed animal that has been dumped.

Some Echo readers, however, are still maintaining that it is in fact just a log that has been misidentified. Caroline Soul wrote on Facebook: 'It's actually a log. People have been out and checked.' But, this theory fails to provide an explanation for the appendages and claws shown in the images that have been taken.

We may never know for sure how the 'croc' met its end, or why it was in Liverpool in the first place, but speculation continues.