She went along with the Strength and Conditioning Society, who she says are 'the best club that deserve the Nando's sponsorship.' 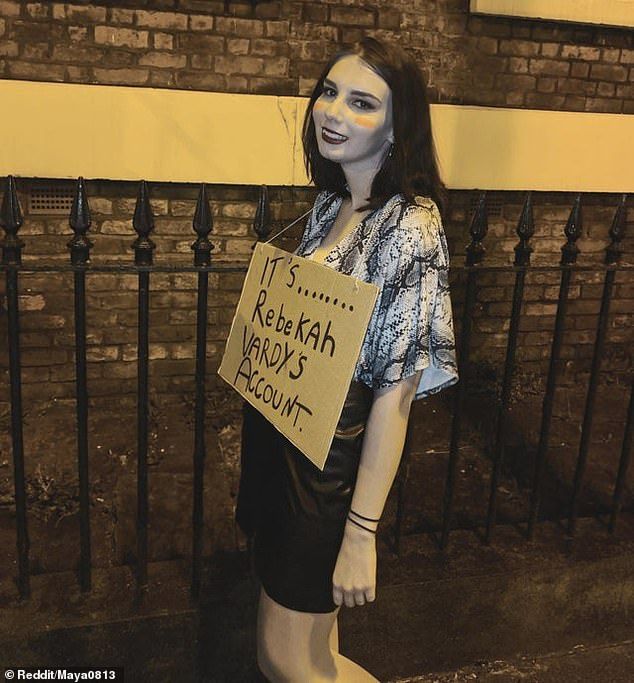 This is peak meme culture

The outfit referenced Coleen Rooney's accusation of Rebekah Vardy for sending her private information to newspapers via social media.

Maya posted her outfit to Reddit, where she said: 'My half assed fancy dress turned out to be pretty popular last night.'

After the story was picked up by several news outlets, Maya said: 'The "fame," if you wanna call it that, is really funny. I didn't even know the papers had published it until someone sent me a link two days later!'

She said the reaction to her outfit 'was about 50/50 really, some people loved it and thought it was hilarious and some people had no idea what it was referencing.'

'It was a great night, I'd love to go to the next one but I don't know if I can beat this outfit so I might give it a miss.'

Unfortunately the iconic outfit most likely won't be worn again. Maya added: 'I would if I could but it'd definitely be milking it a little bit! I reckon the whole WAG drama will be forgotten about in a few weeks time anyway.' Such is meme culture!

Settle in for an FBI level investigation