‘Warm water’ was leaking from The Raz’s ceiling last night

It was described as ‘a bit grim’

At around midnight last night, the ceiling in the basement of The Raz started leaking onto clubbers.

Check out the full video on our Instagram story.

Edward, a second year History student at UoL, captured a video of the leak. He told The Liverpool Tab: "It was definitely one of the craziest things I've seen on a night out in Liverpool." 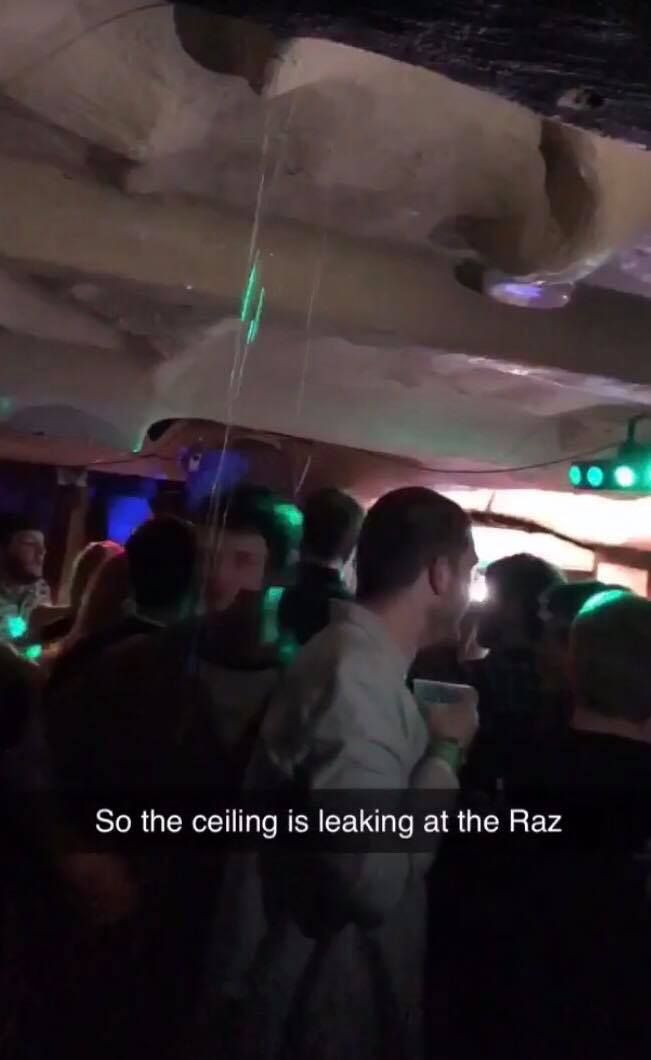 How's that for a wet look?

He added: "The water was just kind of left there and it was warm as well which was a bit grim".

The footage shows a steady stream of water leaking onto the clubbers. The recording was uploaded to Snapchat with the simple caption: "So the ceiling is leaking at the Raz."

Ellie, a second year English Literature student, was there when the water started pouring.

She told The Liverpool Tab: "I was so drunk, I didn't realise what was happening, then all of a sudden my hair was soaked and the floor was so slippery."

The full video for the leak is on The Liverpool Tab Instagram story.

• How to dress for a classic Monday night at The Raz

• Everything that will ever happen to you at the Raz