These are all the stages of a Liverpool AU Night

The many stages of an AU differ from friends, to sport teams, to your own level of self respect on the day. We’ve tried to narrow down the different stages of an AU and describe to the individuals who have never been to witness what the event is really like.

It begins like most socials; an announcement is made a week before dictating a theme, segregating freshers and seniors. There’s generally an overarching theme for the whole event but sports teams take their own twist on each one. The one thing they all have in common is making freshers dress like idiots (no shade to anyone who’s dressed up. It’s not you, it’s the theme.)

The outfit and bevs

The next stage is the buying of the outfit and the 'bev requirements'. If you’re lucky there’ll be a link to the costume you should buy (really nailed that when we wore hospital gowns. Thank you to whoever made that easy). Otherwise, it's actually piecing together crap from your wardrobe so you don’t have to spend money (angel wings make amazing chicken feathers, right?) Who said uni doesn’t give you transferable skills? 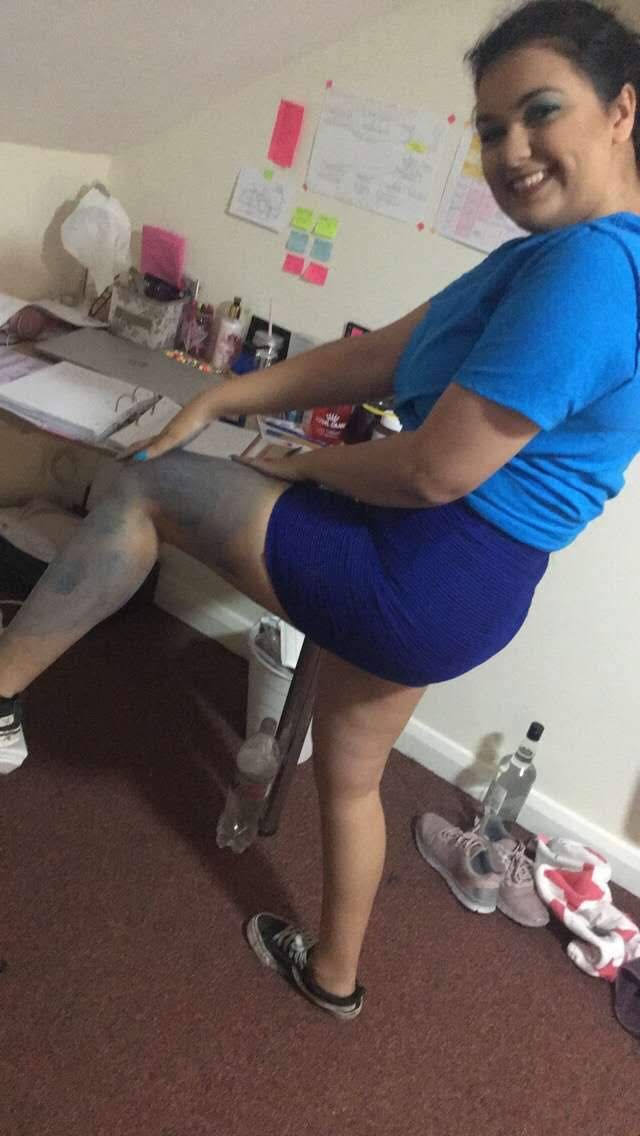 A nice shade of blue and one drinking requirement (note this is taken before 'The Storm').

Bevs are generally asking for a bottle and four cans. No escaping this, so definitely no point in arguing.

Potentially the most relaxing stage is the actual getting ready itself. It’s the calm before the storm. Whether you’re making last minute headbands (doesn’t work well on a time crunch), or painting yourself blue, your group chat of mates will be sharing tips and tricks on how to look less like an idiot, and reassuring you that you’re in this humiliation together.

Pres: this is where the danger zone starts, then stretches till the end of the night. Seniors love a game (honestly it’s actually really fun to play, but the first few ones are scary). Freshers can’t talk. Freshers can’t go on phones. Freshers can’t stand up. It’s all and all a great bonding experience and definitely teaches you how to drink in a very pressured environment. The games themselves include Mr & Mrs, Take Me Out and Never Have I Ever, all of which allow a frequent consumption of alcohol. Some of the pres are rougher than others, but all I’m saying is the revenge on next years freshers is going to be rough. 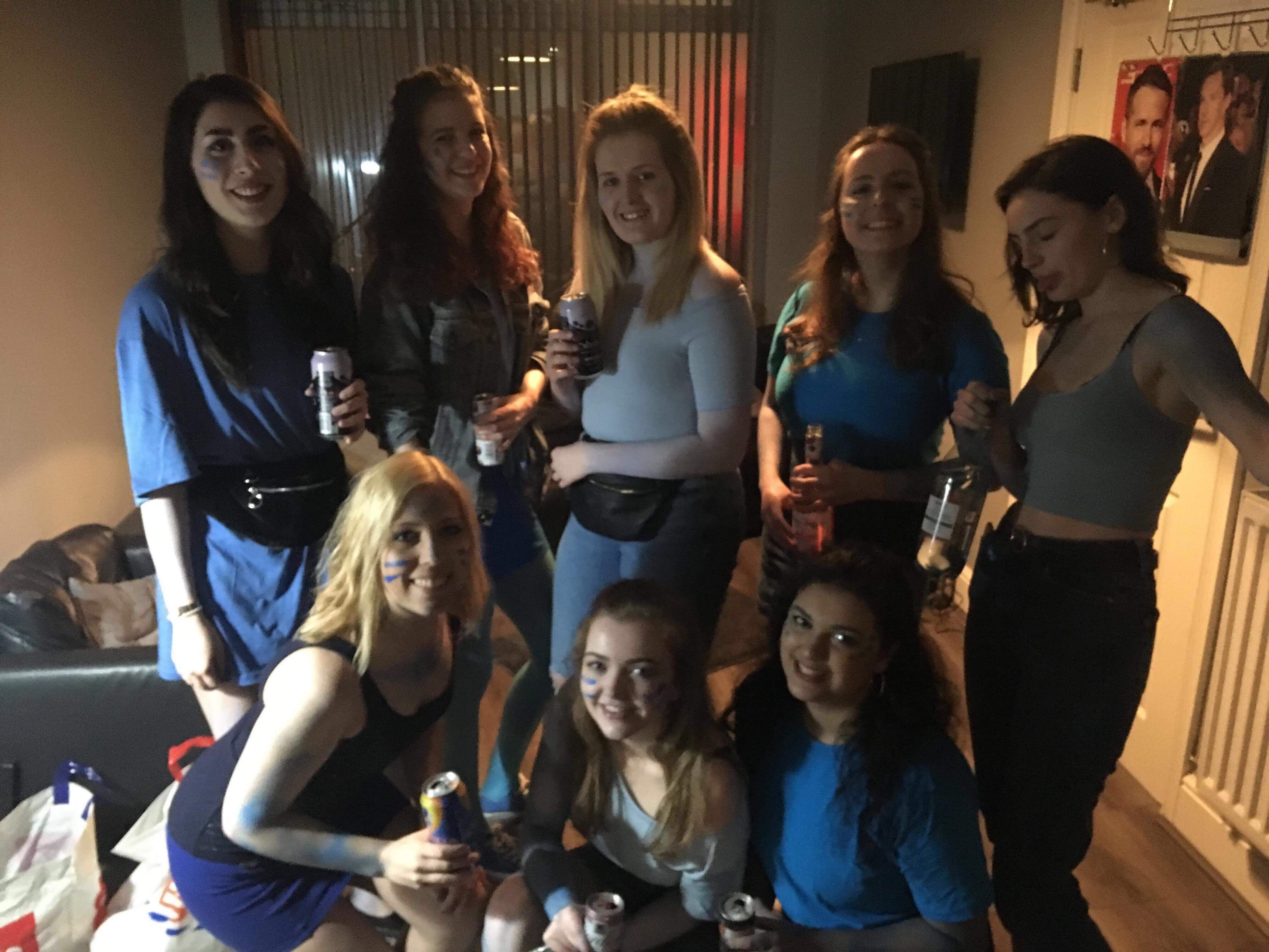 Pres – before drinking games and funnels

The actual going out

The night becomes hazier at this stage (what are we calling this? Stage 3? 4?). Leaving the individuals house who hosted pres (a poor soul) after sufficiently necking all alcohol, peeing at least 3 times, getting your outfit ranked and judged, and singing on the bus, we head to Faculty. The problem here is self-resistance. It’s 99% impossible to refuse a friend when they shout “QUAD VOD?!” over three people's heads. It would be impolite and rude and definitely would not help with the regret you’ll feel the next day. Faculty is pretty fun on AU, because it’s full of other teams and their random, non-theme related costumes. And generally speaking, there is the guarantee of losing one, if not all, of your friends for an extended amount of time, due to how bloody busy the place is. 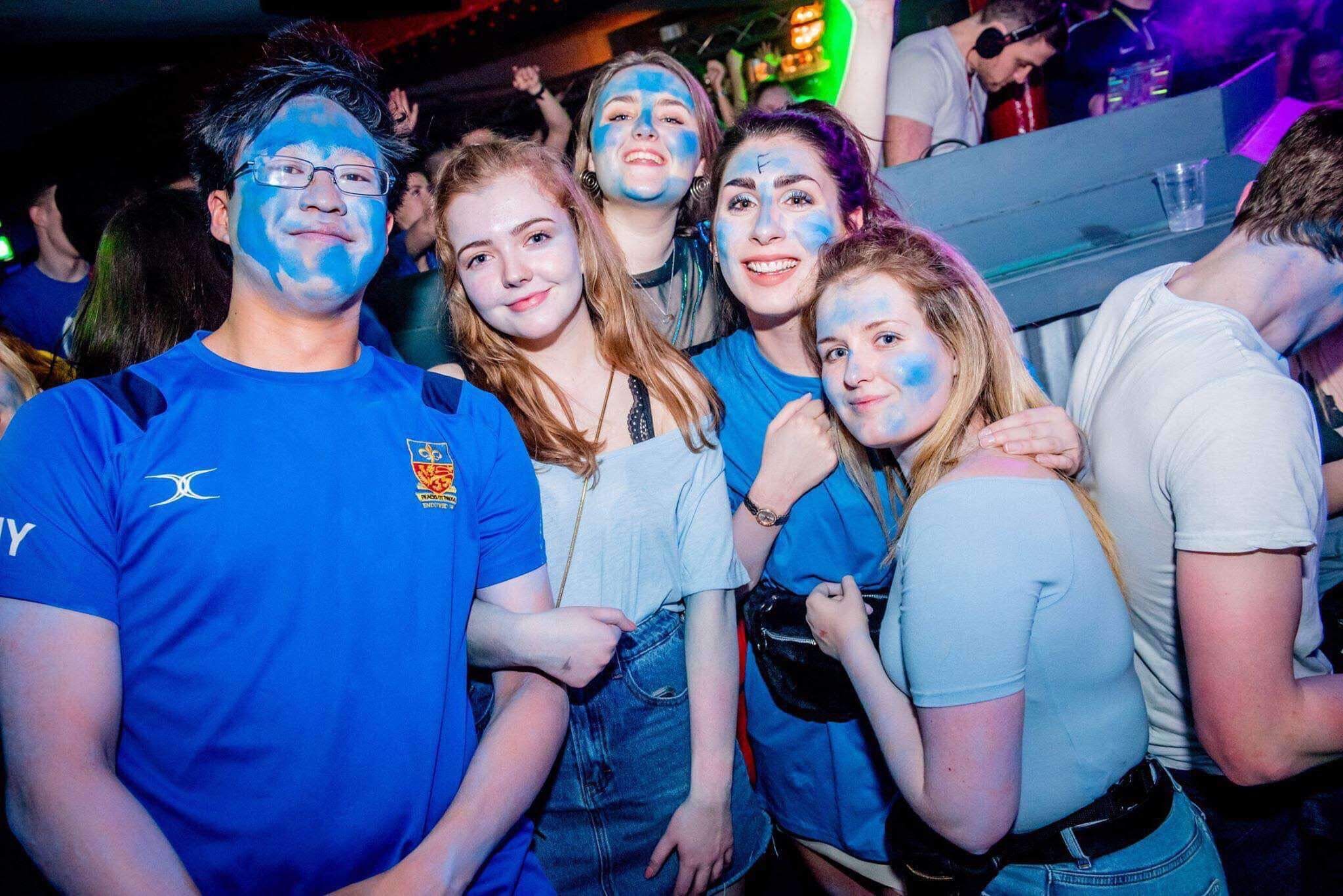 Not quite Faculty but didn't manage a picture there. Electrik > Level.

The rallying call of “LET’S GO TO LEVEL!” is the only way to escape the claustrophobia, the quadvod and leads us on to the next stage: Level. Now Level as a club is only good on certain occasions and I’m talking rare occasions. AU night is one of them. It’s blurry but fun to belt out 2000s bangers on the dance floor. But also this is the point of no return – you lose the majority of the team you came with and can barely see long enough to know if all your friends made it. Last AU they changed venues to Electrik and we waited 30 minutes to find three of our friends who got lost from one floor to the next. This also happens to be the stage of regrets, if you catch my drift, and could alter the next few stages listed (we went for the more wholesome night).

Around the early hours someone usually calls for their fast food of choice (me last time, soz gals) and your group leaves. This leads to food, taxi, home (yours or someone else’s), taking off your terrible outfit, and thus the beginning of a horrendous hangover.

Now, Thursday training turns into a prime example of natural selection after an AU Wednesday. It’s embarrassing not to turn up, but AU hangovers are potentially the worst hangover there is and I’m sure many would agree. I don't know what's worse: the torment if you don't go, or puking during drills? 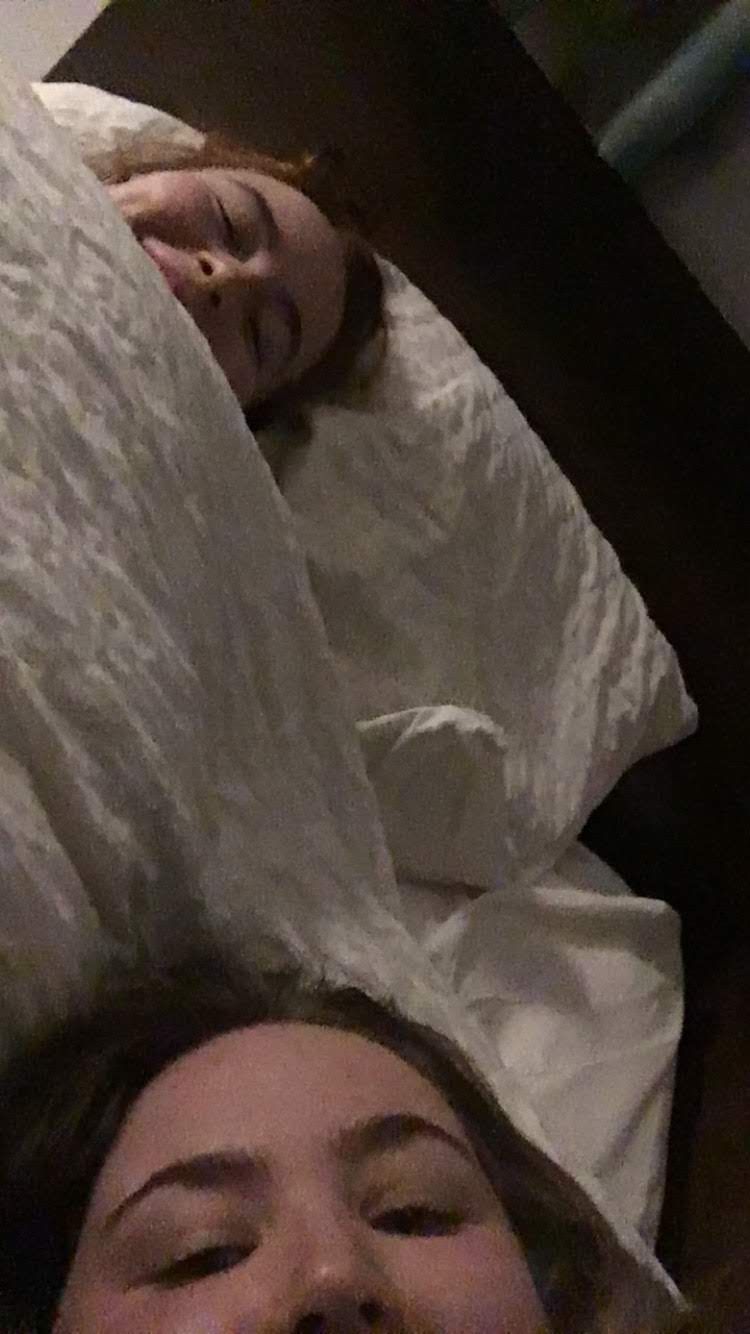 So, AU night, you may be full of regrets, but we sure are ready to do it all again next year.