A Level bouncer was filmed punching and kicking a club goer last Wednesday.

Footage obtained by The Liverpool Tab shows four members of Level's security team detaining a young male, and one member of security is seen to repeatedly kick, and then punch the detainee.

You can see the full video on The Liverpool Tab's Instagram highlights.

Level use an external agency to provide their security staff, and the club has told The Liverpool Tab that the bouncer in question will not be returning. 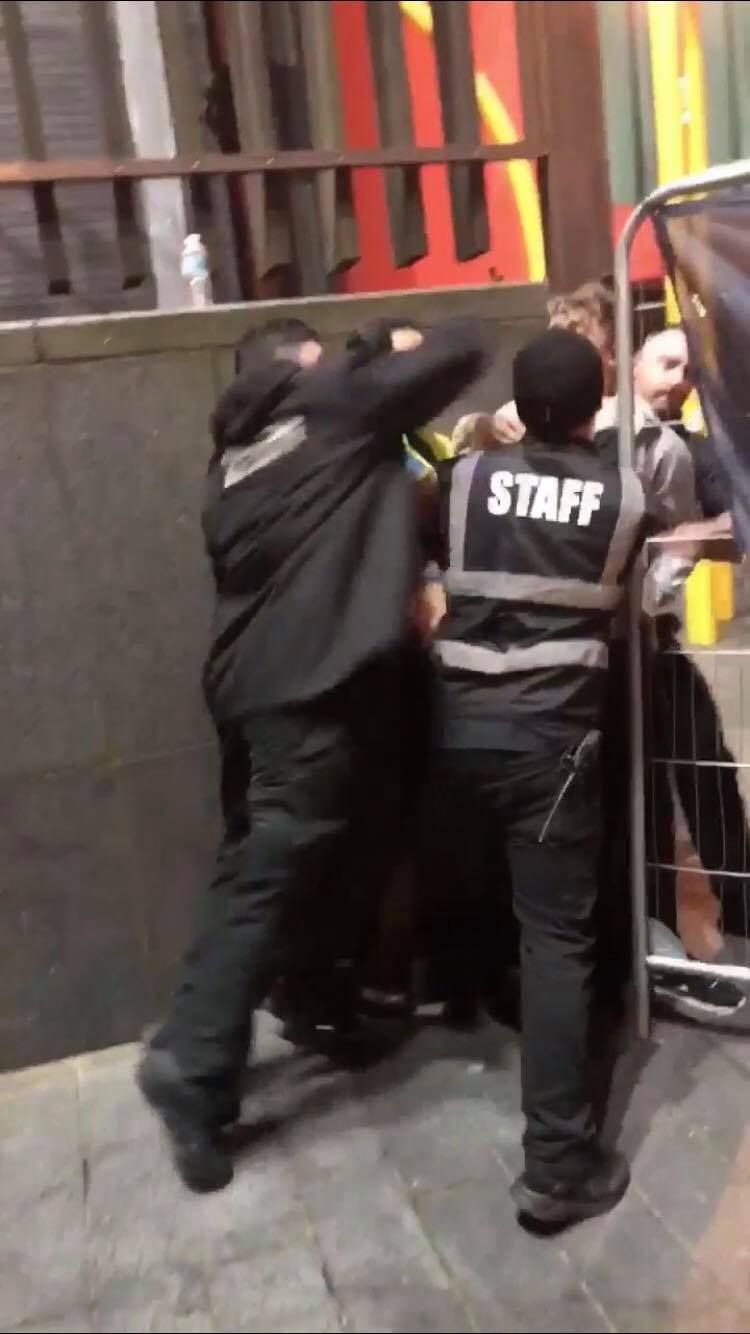 After being kicked out of the club for "violent, threatening and abusive behaviour", a young male, who appears to be in his late teens or early twenties, attempted to force his way back into Level nightclub.

He was met with swift opposition from the club's security team. Footage shows one member of the security team kicking and punching the clubber.

A spokesperson for Level told The Liverpool Tab: "We use an external agency to provide our security staff, who are all required to provide a level of service equal to, or better than any level expected of our own employees.

"Having investigated this matter further and having reviewed the cctv footage, it is clear that this was not the case on this occasion.

"We have notified the external company that we do not wish the individual involved to return.

"We do not condone the action of the lone security member, and does not represent Level in anyway.

"We are currently reviewing the vetting procedures adopted by us and our suppliers to ensure events such as these do not become a regular occurrence."

Head to The Liverpool Tab Instagram for the full video.