Shit Indie Disco: Is it the best club night in Liverpool?

If you're living under a rock and have never gone out on a Thursday night, or if you still need to explore all of Liverpool's endless clubs, you should shove all other events aside and head to Shit Indie Disco. The music's great, the atmosphere's loud and the drinks (the most important part) won't break the bank. A recipe for success.

If you haven’t left the house in a while, or if you haven’t been on Instagram in the last month (one seems more likely than the other), then you may not have seen the new Shit Indie Disco posters around town declaring “Now Then Mardy Bum”. Shit Indie Disco (affectionately dubbed ‘Shindie’ by every man and their dog) takes place at Arts Club every Thursday, and you need to go ASAP. It’s not only a super Instagramable poster, but it’s also the best club night in town. If you like belting out artists including DMA’s, Arctic Monkeys, Oasis and Catfish and the Bottlemen, or if you’re into free posters and hats then Thursday's Shindie fix is for you. Full album specials are common, so just remember, if you don’t get in with your tickets early then you won’t make it in at all *sob*. 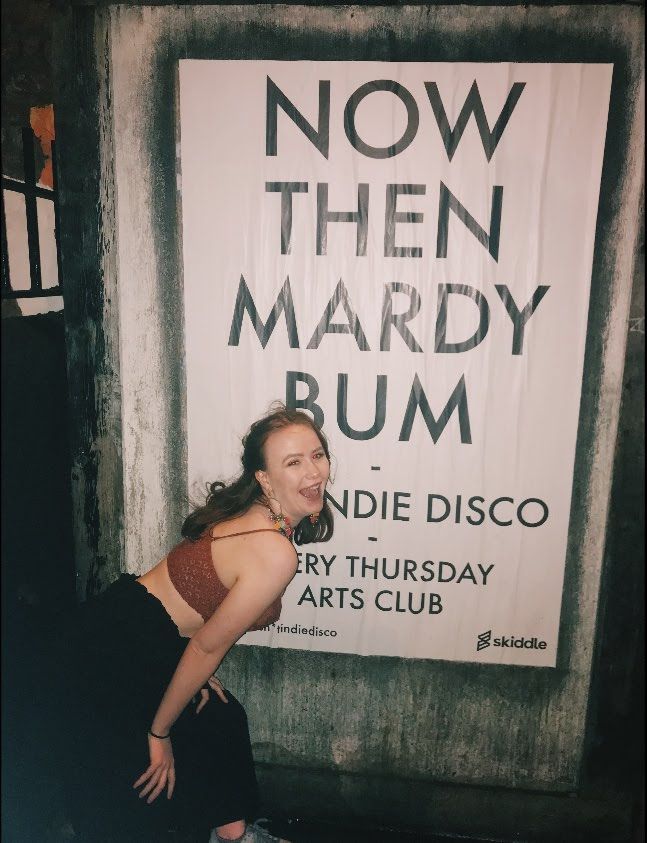 An opportunity to be an embarrassment

My experience at Shit Indie Disco has ranged from being trampled in a mosh pit, to appearing on their Instagram stories, and climbing on stage and flashing (just a little). The DJs that run the nights know how to make a crowd have fun, and even drink beer alongside us lairy students. It’s not quite like other clubs in the classic setting of too many floors, too much house, and the excessive need to drink to actually have a good time (no shade, but we can all think of a few places round Concert Square you need to be hammered to even contemplating going to). 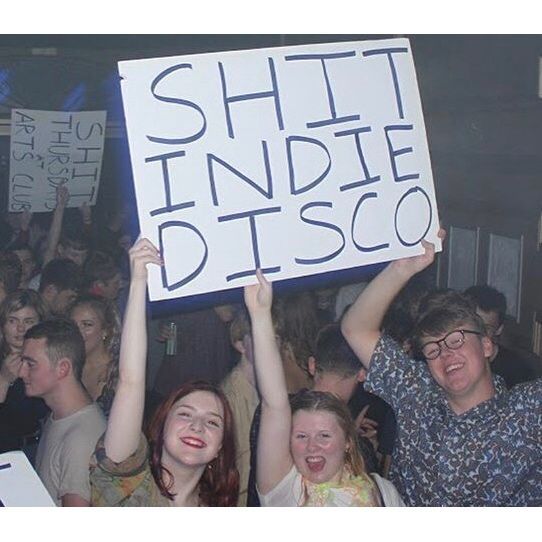 So, a typical night-out at Shindie – you arrive, buzzed and ready to scream out your fave artists. You see 90% of people you know, who have good taste, or you make friends with the group right at the front of the stage and get smushed against the barriers together (nothing like bonding). The Courteeners come on, it’s Not Nineteen Forever, and you do the classic “I love this song!” scream. The whole crowd is just as buzzed as you, and as you belt out the chorus the confetti cannons go off and posters come streaming out alongside. You snag one that says “She’s a belter” and hold it up as everyone goes wild around you. It sounds good right? Makes it better that the drinks are cheap and the atmosphere's loud af. 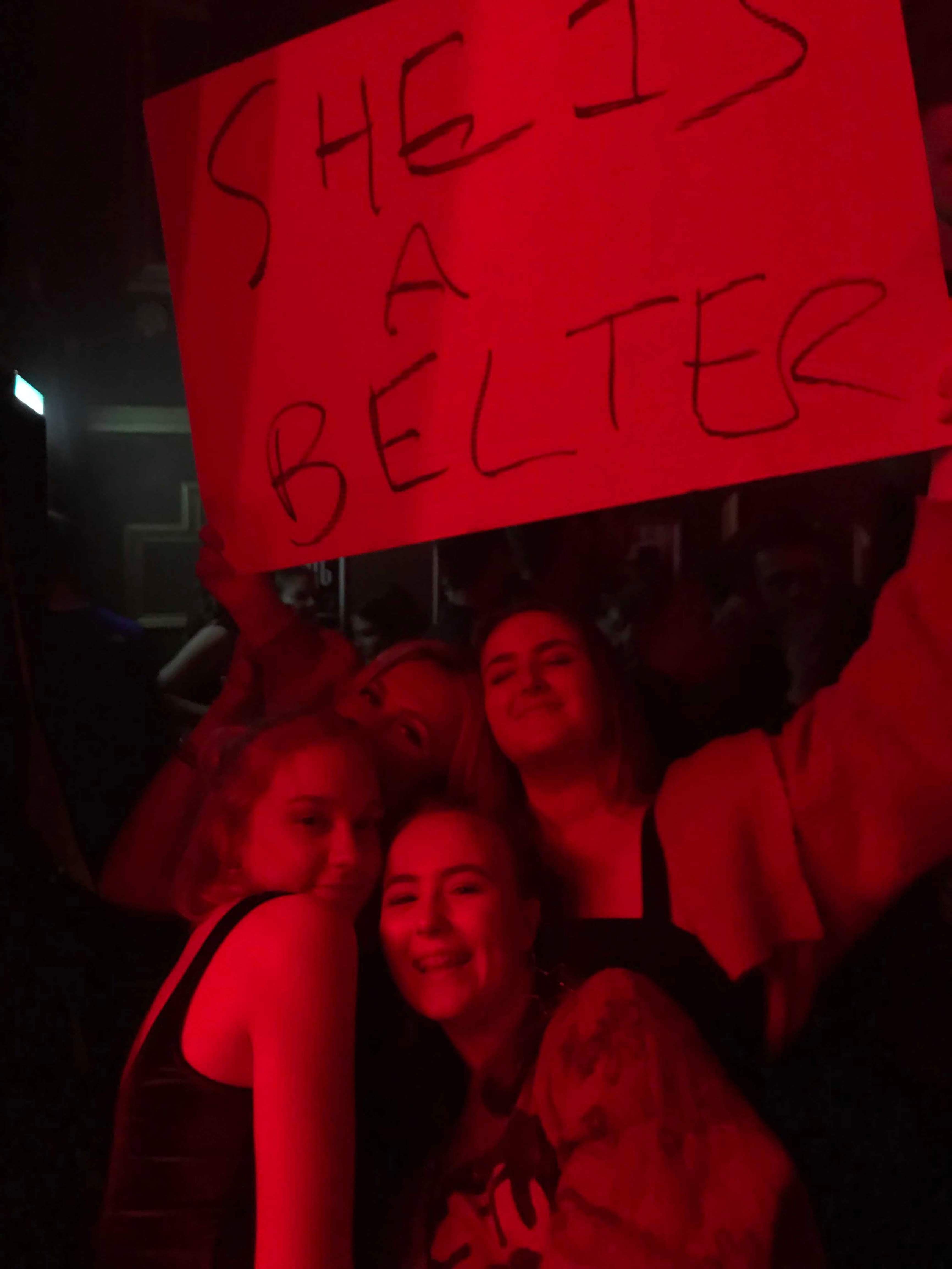 Shindie has seen some of our wilder nights and anyone who is familiar with the club is included in that. The walk home almost always occurs no earlier than the lights turning on and after Bohemian Rhapsody has played. It usually includes several posters, party hats and very dirty shoes to take home as memorabilia until the week after (I’m serious, never wear white shoes, they will get stood on in a mosh pit). 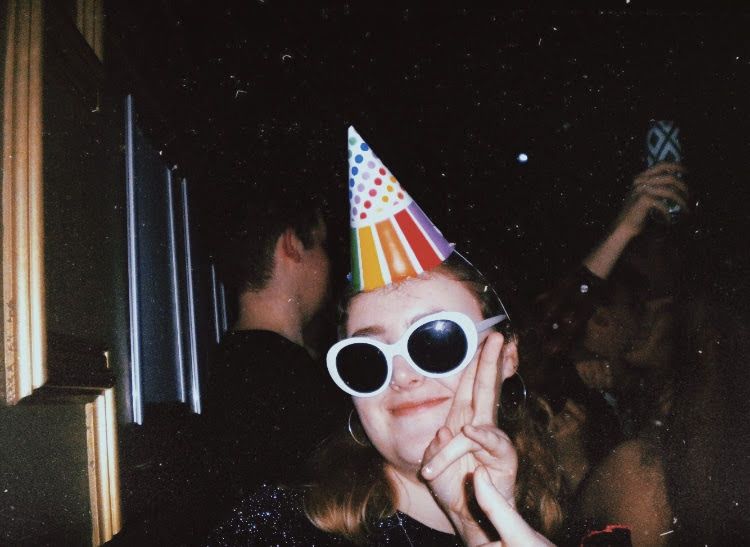 So, thank you Shindie for playing bangers instead of house and being easily the best night in town. xo