The not so glamorous truth behind being a cheerleader at university

What really goes on behind the gallons of hairspray

In the world of sport it's not often you would take cheerleading very seriously. In every movie or TV show, the cheerleaders spend their time being dumb, bitching about people and wearing next to no clothing. While as a collective group we’ve probably all been a bit ditsy, had a good bitch and, speaking for myself, gone out in very questionable lengths of clothing the stereotypes do not at all match the reality. So here is some enlightenment into our world

They might look quite glam and I’d be lying if I said I didn’t enjoy strutting around campus in it during Freshers Fair, but during a routine they are your worst enemy. The shorts underneath, supposedly giving you some extra dignity, have little purpose. As soon as you step on that mat, the next three minutes will be spent either with your bum entirely out or with you trying to sneakily pull your skirt down to cover the awful tan lines across each cheek.

The bows also cause several issues, if your hair was a firefly the bow would be the light it rushes to. A vast majority of the photos taken at competitions will just feature a body and a ball of hair, your hair sticks to the bows and by the end you’re looking at the mat through a blonde or brunette curtain.

Thought that was the end of it? We might look appealing in the uniform but we most definitely don’t smell good. The routines are short, but they sure do make you sweat. There are bright lights pointing right at your face, the whole arena is filled with a warm musk and the uniforms grip to your skin. Hand-washing them takes time that most students would rather be having a pint at the Brookie, so if I were you, I’d hold your breath when standing near us. 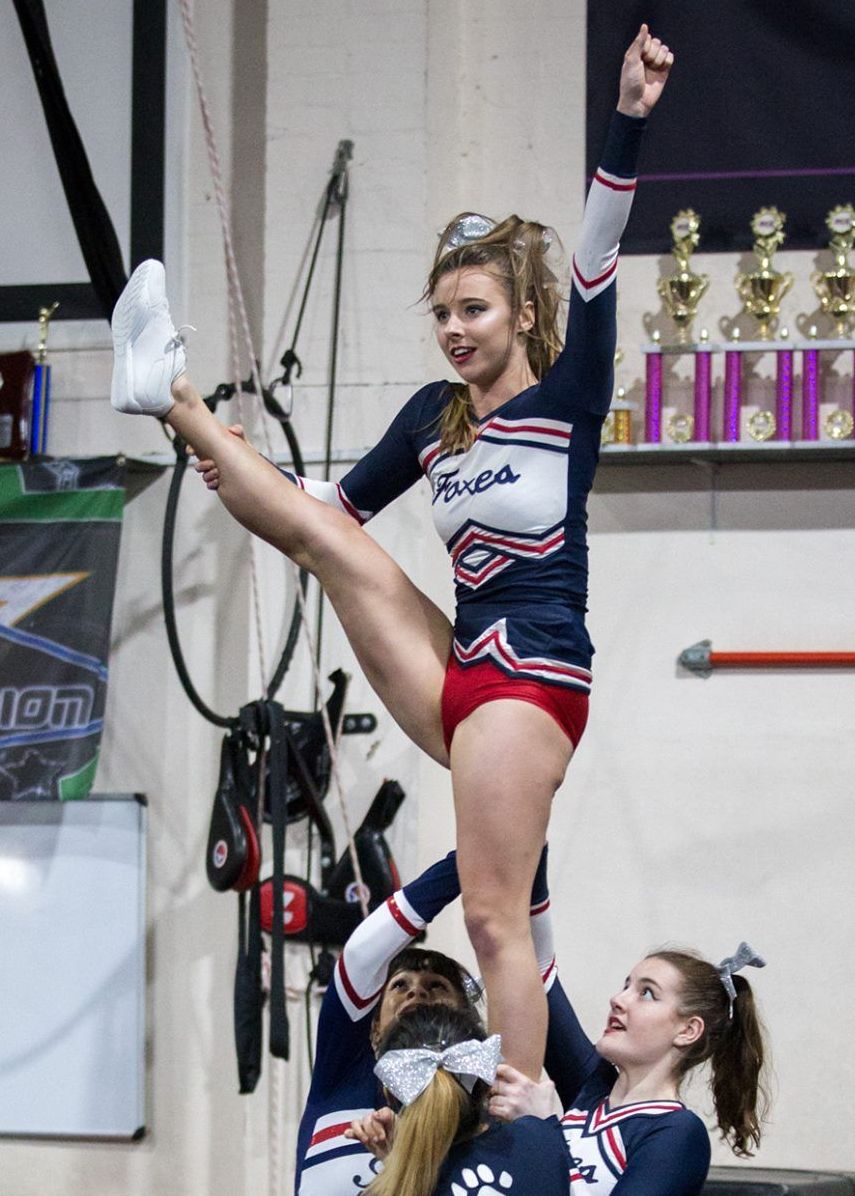 Not even sure how these qualify as 'shorts'

Those two words are fitting of the Queen or Joanna Lumley, but they are far from fitting for a cheerleader. If you’re not comfortable with human contact, then this is not the sport for you. In cheerleading a stunt group is made up of four people: one flyer, two bases and a back. The back helps keep the flyer stable in the air, however if the flyer falls the chances are their bum will come crashing down on the backs face. If a flyer wobbles, a back will grab anywhere they can to make you stay in the air and occasionally that means grabbing a bum, and with the lack of material on those shorts the hand doesn’t always stay over the material.

Bases don’t get it easy either, it’s a foot to the face or a boob. One hurts and can give you a bruise even make-up can’t cover, and one gives your flyer a lovely orange mark to sport all the way home to Smithdown. Sometimes if a base catches the foot wrong it will land on their chest and while people might just think you’ve had some flirtatious fondling from hands as big as the ones in Donald Trump’s dream, it’s really a five foot two girls foot just giving your upper body a black and blue makeover. 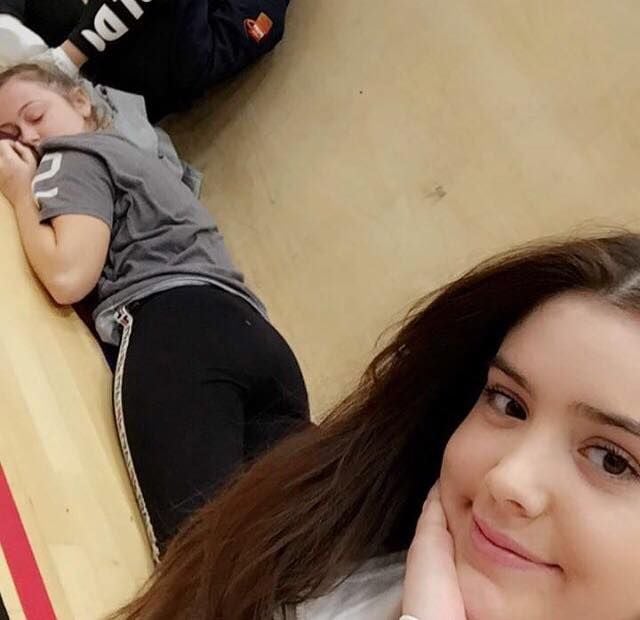 First full out of the year got us like….

People can make fun of cheerleading all they want but there’s a reason it is now an olympic sport, its bloody hard. Imagine being at the gym, lifting 65kg while running on a treadmill, and then add jumps, tumbling and a fast dance. That is kind of what cheerleading is like, except you do this over and over again for six hours a week. Having the stamina to do this takes effort, having the core strength to hold yourself in the air and not fall with a loud bang to the floor takes determination and having the drive to continuously train even when the sports hall feels like a sauna and your legs are covered in bruises takes a strong-minded person.

The sport itself might not be seen as one of the most important or hardest, but I'd love to see a netball player or rugby player pull a heel stretch in the air or lift someone above your head repeatedly after doing a backflip or dancing Ru-Paul Lip Sync style. 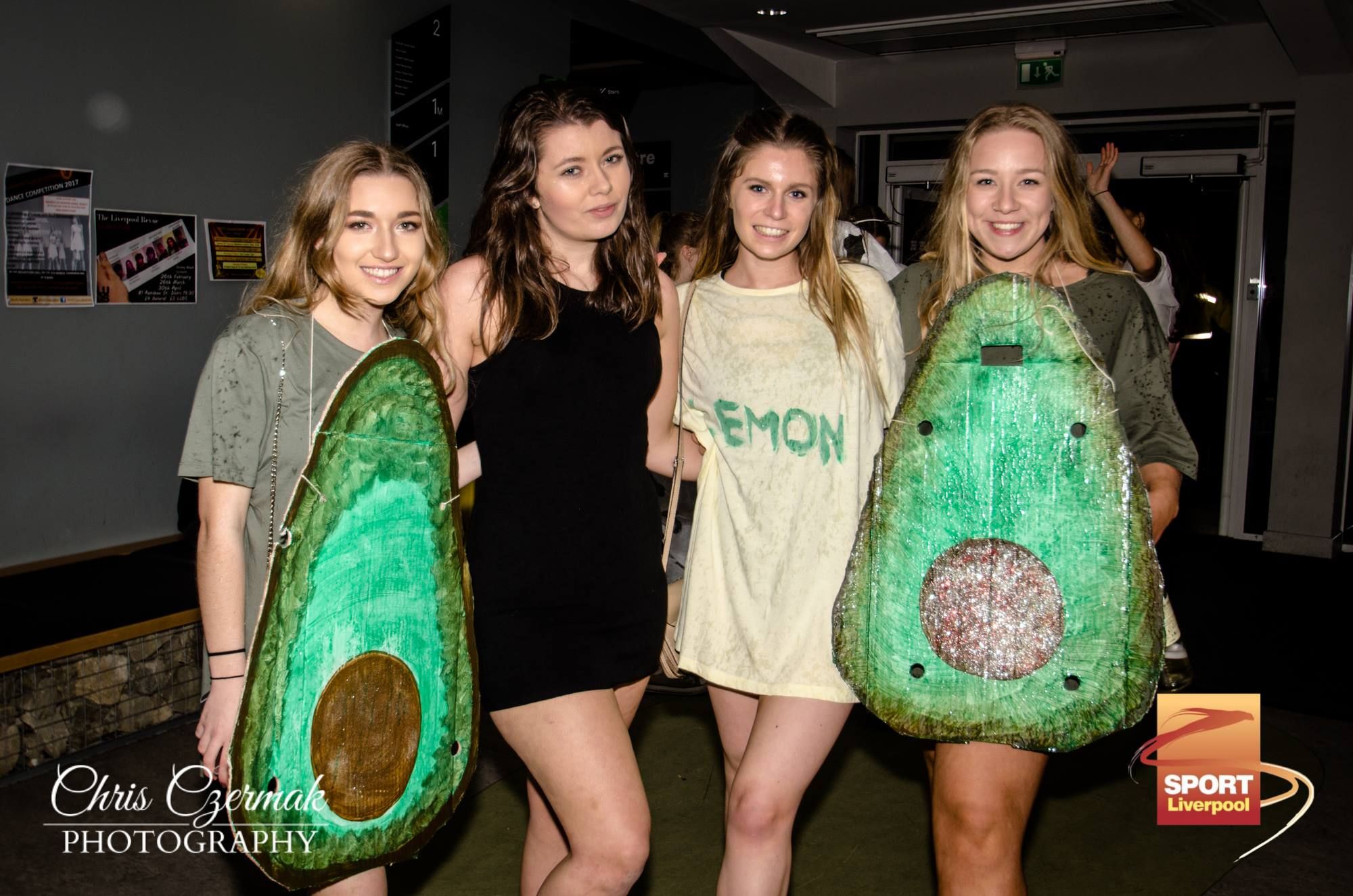 'The Hulk' i.e the girl in the half-hearted lemon costume

To be able to deal with all of the above and not feel worried for your safety or uncomfortable, you have to have complete trust the people in your team. Cheerleaders might have a reputation for being dumb and bitchy but in my two years as a fox, I’m yet to come across a girl that fits the stereotype. There isn’t a stranger, grosser but more beautiful group of women across campus in my opinion. Training is where we come to win National Titles (not like we’re milking it for all we can), however it’s also where we come to escape the stress of Uni or that annoying flatmate.

We can have a laugh, maybe a gossip or two, and enjoy the company of some truly remarkable people. We are an eclectic blend of bookworms, nerds, weirdos, girly-girls, and tomboys but cheer is a place that embraces those differences and empowers women rather than bring them down. So yes, we might all love Bring it On, some of us may be dating American Footballers and a few of us may have been on more than a couple of dates in our adult lives, but Cheerleading and Cheerleaders are about much much more than that. 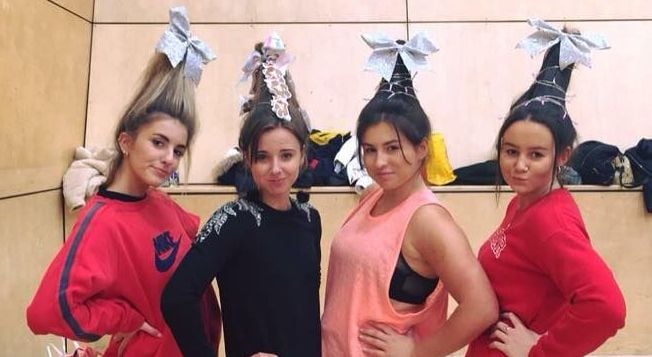 The Grinch was otherwise engaged