Just under 100 people protested yesterday in solidarity with Irish women striking over the Irish government’s refusal to hold a referendum about abortions rights. The protest was organised by the newly founded Pro Choice Society and supported by the Feminist Society. Ninety people attended the event which took place at 6pm on University Square.

Currently, Irish women are protesting to repeal the 8th amendment which criminalises abortion, with one exception; where a woman’s life is at risk. Vice President of Pro Choice Society Katriana explained in her speech during the protest that 12 women a day have to travel from Ireland to the Britain to have an abortion, often to Liverpool. 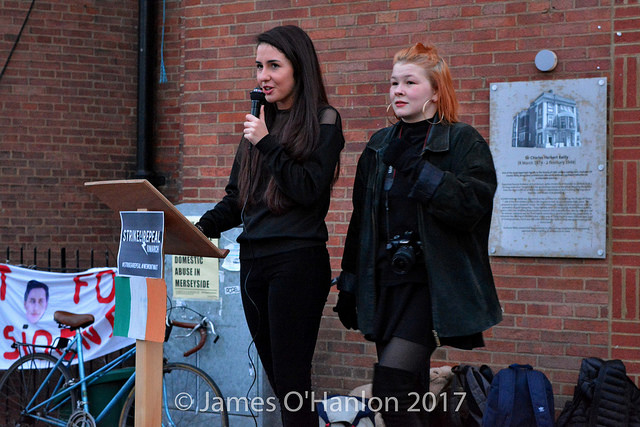 The protest began with a speech from Katriana explaining the current available care, or lack of,  for women with unwanted pregnancies in Ireland. It was then followed by committee member, Saoirse Celeste, who spoke about her personal feelings of being an Irish woman and having her rights to abortion restricted. Abby Meadows, another Pro Choice committee member, read out a poem demanding women’s rights. 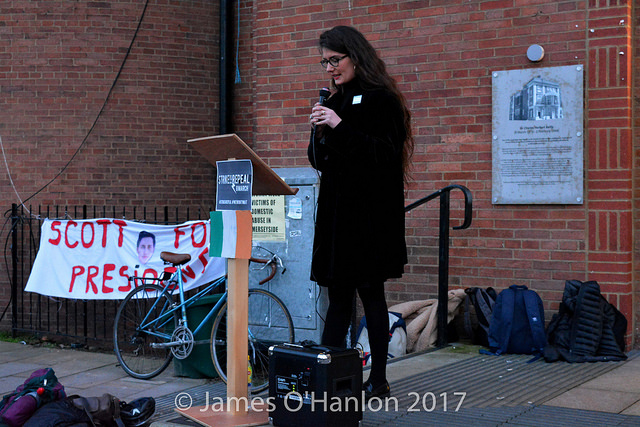 Katriana, Vice President of Pro Choice society, told us: “We at Pro-choice society are completely overwhelmed with all the love and support we have received from our members and supporters. I still can’t believe that almost 100 people came along to show their solidarity – that sends a remarkable message across the water to Ireland, and Irish women. It just goes to show how warm and compassionate the people of Liverpool really are.”

The poetry reading was disrupted part way through by three male students on skateboards, one of whom aggressively shouted “fuck her right in the pussy” before swiftly skating away. Protesters then chanted: “Not the Church, not the State, women must decide their fate”. 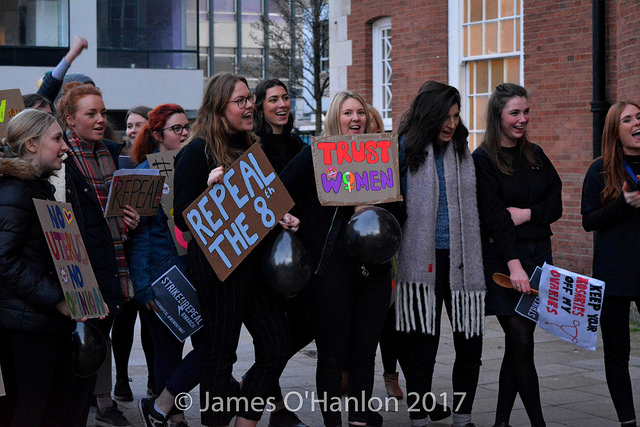 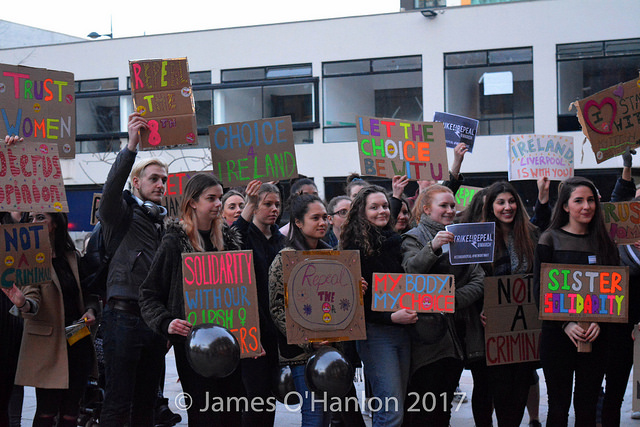 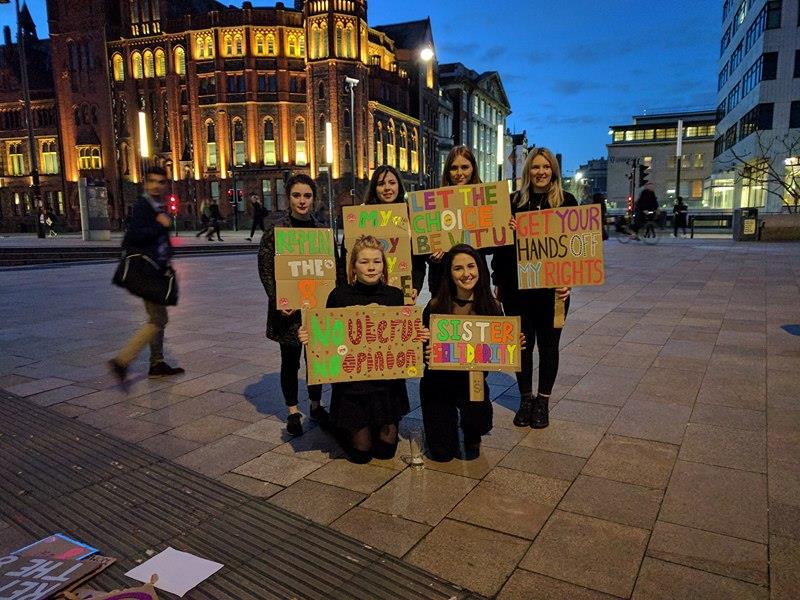 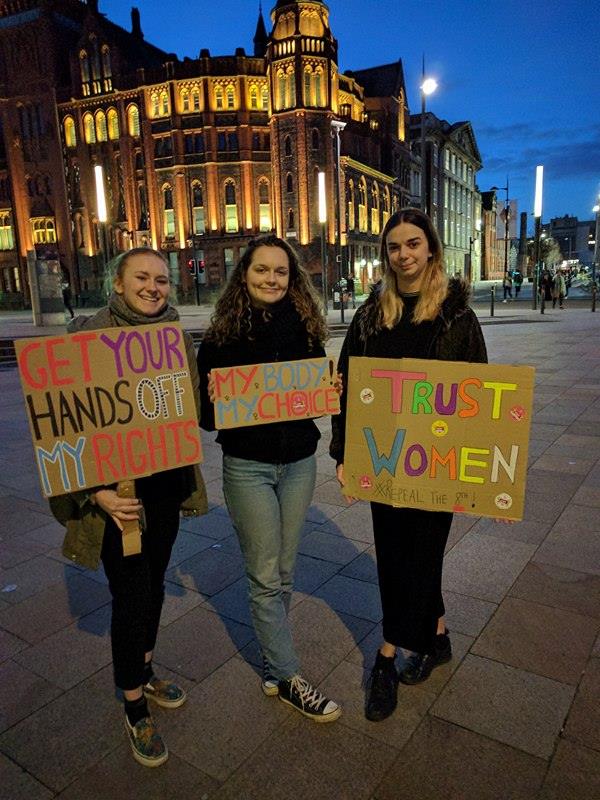 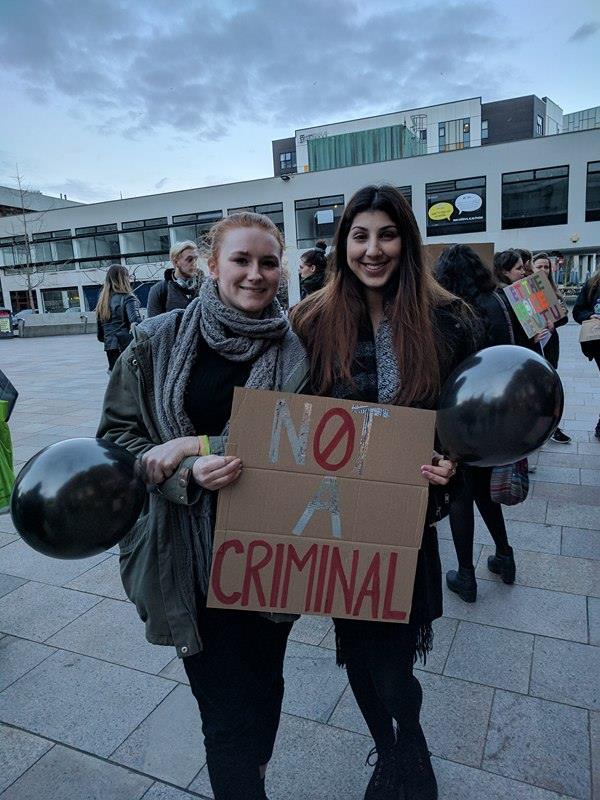 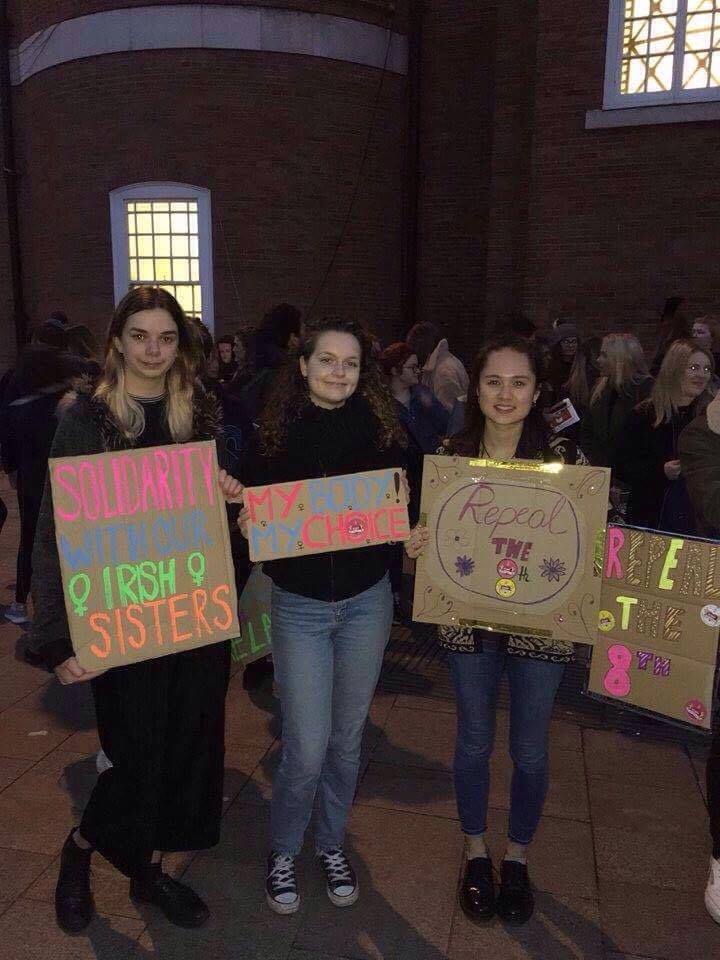 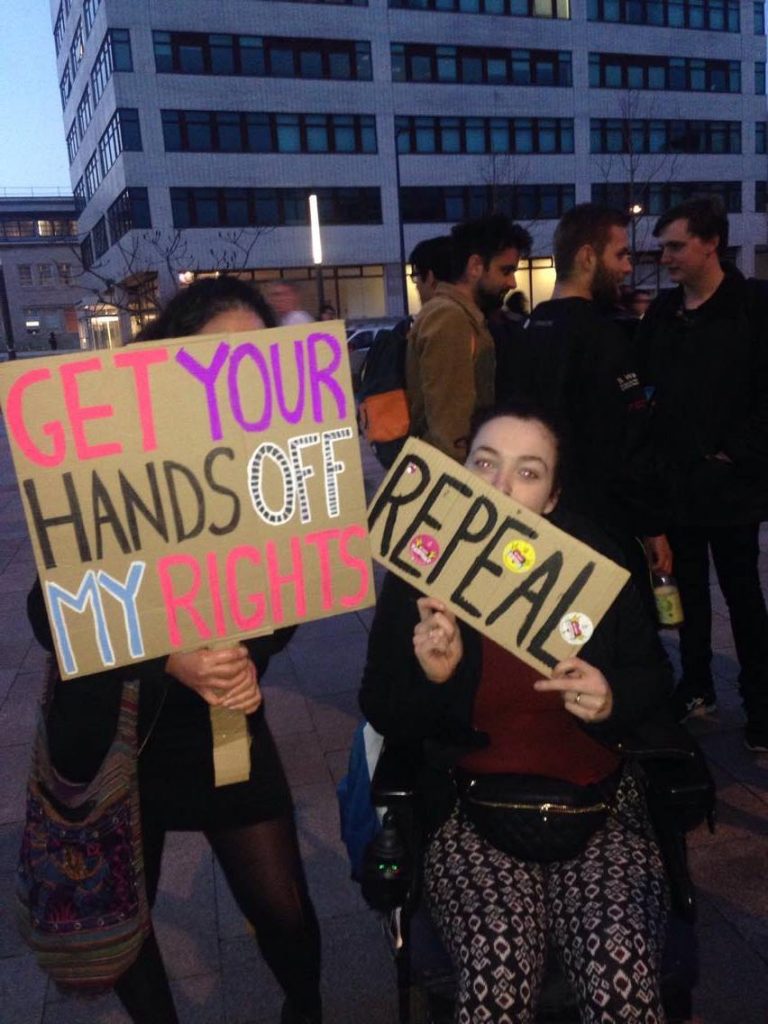 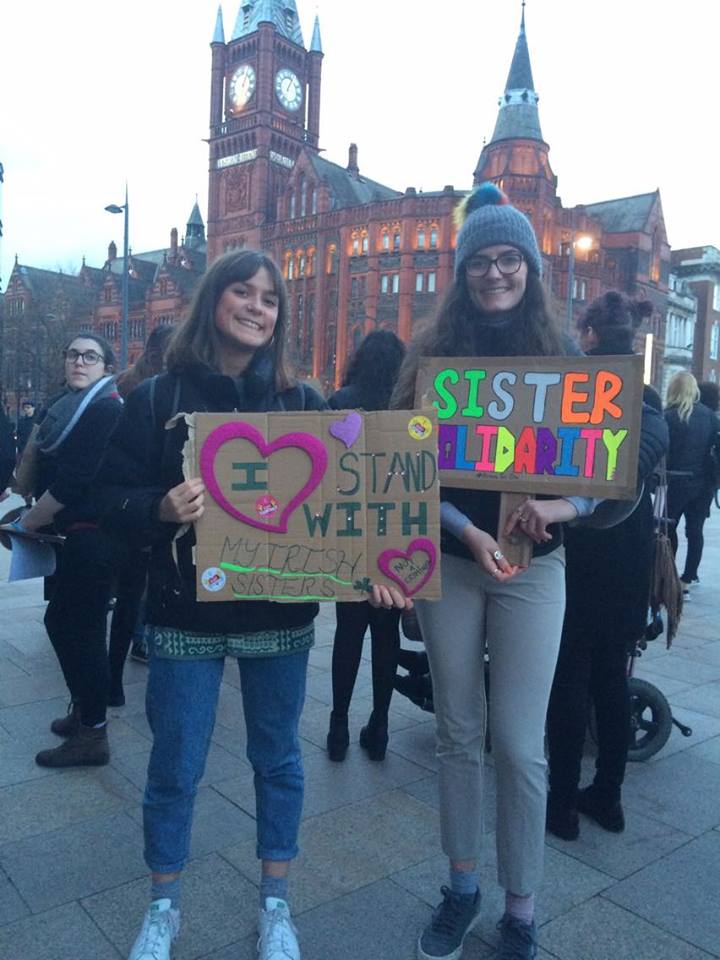 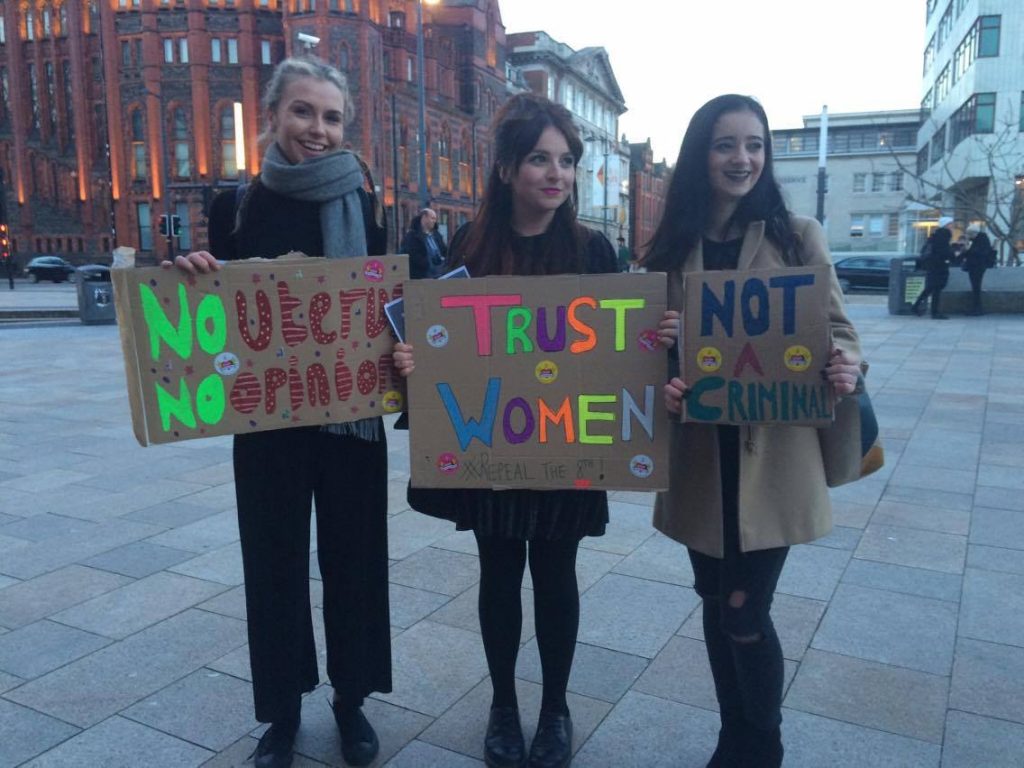