Hair. So much hair.

Being the only lad in a house full of girls can be convenient when you need the odd bit of hairspray or an opinion on an outfit, but it also comes with many problems. If you’re one of the ones battling their way through a house full of bras and tampons you’ll be able to relate to these daily struggles.

Everyone assumes you’re either gay or a massive player

As soon as someone mentions they live with girls only the response is “is he gay?” or “oo is he a massive pimp?”. You’re fed up of having your sexual orientation presumed and feel somewhat disappointed you’re not living up to the pimp label, but also you have no interest in shagging the girls you spend 90% of your time with.

Let’s start with the biggest issue, you’re basically drowning in hair. On the sofas, on the floor, somehow on you and especially down the shower plughole. The issue is when your shower turns into a miniature bath because the plughole is so clogged with hair and you’re the one expected to fix it. You have recurring nightmares about what those pipes hold. 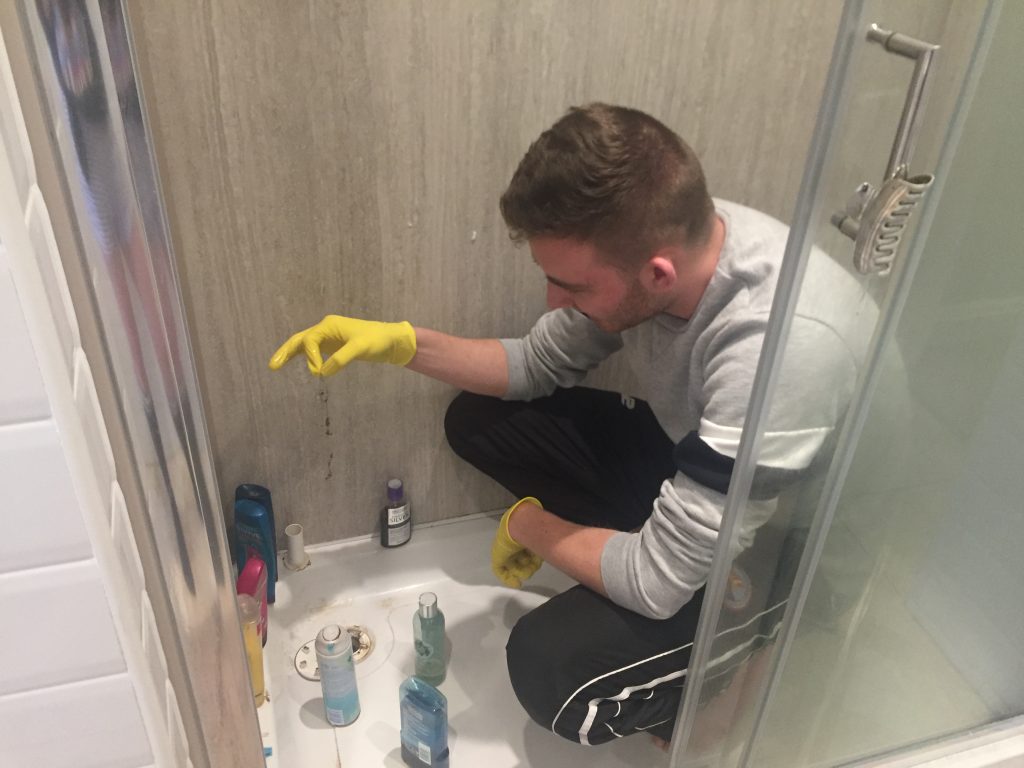 You hate the TV programmes they watch

Want to relax on the sofa and watch whatever is on the tele? You’re going to have to deal with every romcom under the sun and episodes of Pretty Little Liars. Even if you do start to enjoy what’s been put on, it’s interrupted by frequent “aww”s and the odd “I wish all men were like him” comment.

Waiting for everyone to be ready

Going on a night out is irritating, because you’re ready in 15 minutes tops but then the next hour and a half is spent waiting for the rest of the house. The smell of fake tan and burning hair overwhelms you, but nothing annoys you more than the “this dress or that skirt?” questions. 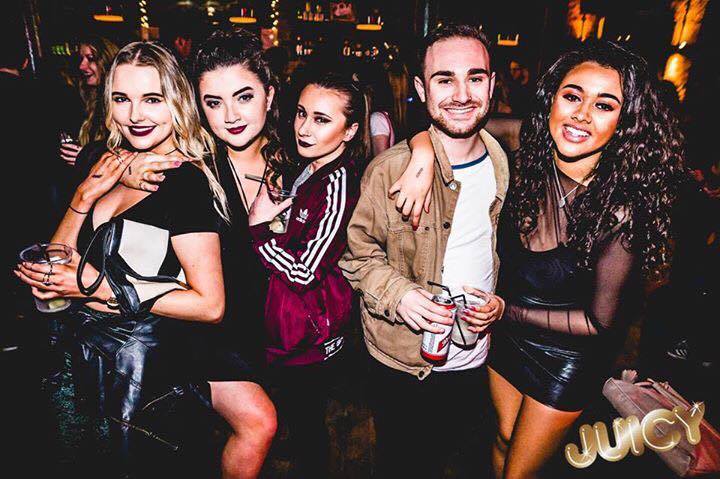 After 5 hours of getting ready

The gossip gets boring and you’re not too bothered about Sarah calling Caitlin a slag behind her back. Someone cries at least twice a week – over something like losing a lipstick? – and you’re constantly being brought into the middle of arguments. Why does everyone need to talk about everything? You’ll never understand.

Bringing a girl back

When you bring a girl back it feels as though she’s meeting the parents. All of them want to be introduced to her and it suddenly becomes a massive deal. You’ve been on 2 dates but they want to know what your plans are for your 6 month anniversary.

Once you get over having to put up with Little Mix playing, the sound of drunken high pitched voices fill the air. Does every song really need to be sung along to and does it need to be done at that volume? The singing gives you a worse headache than your hangover will. 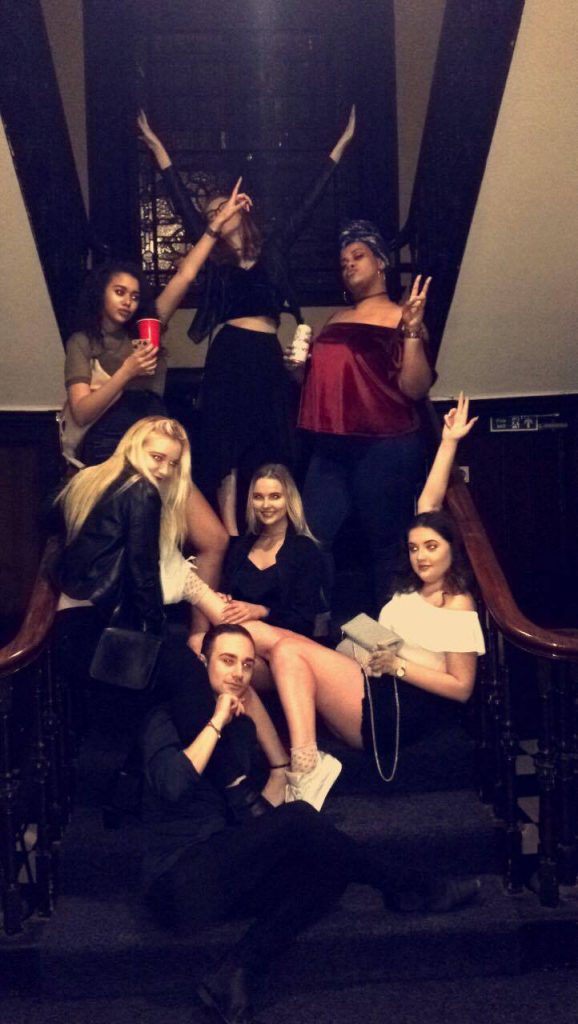 Who runs the world? Girls

It’s more confusing than your 9am lecture trying to figure out who is dating who. Your day is filled with pointless information such as why Elliot was the one two days ago but is now a total fuckboy. The latest updates from Tinder follow you throughout the house and two of girls have just found out they shagged the same lad. You live for the awkwardness.

Girls go through so much and then expect you to cough up money for it. Where does it go? You’re not sure if the girls are eating it or using it to build forts with. The amount that disappears certainly disproves the myth that girls don’t poo.

You’ve spent the past week listening to why Rachael hates her body and how she has great plans to hit the gym everyday. This is all good but doesn’t explain why she just came back from Asda with a packet of 4 doughnuts. 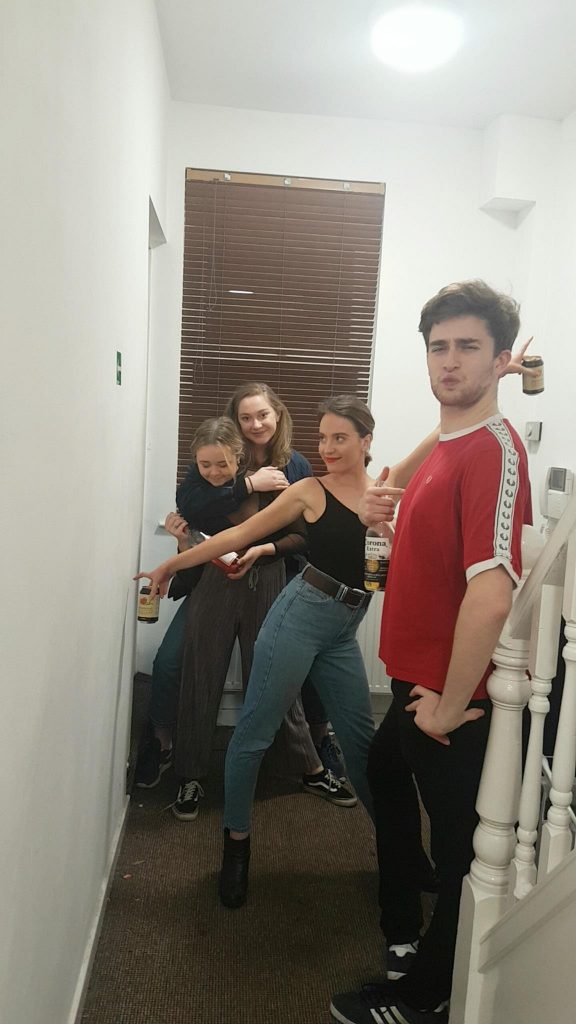 You get that men should be educated on these things and feel very open minded listening to all the conversations about periods, but sometimes it goes a bit far. You didn’t really want to know who was in sync and it feels weird hearing about how heavy people are bleeding this month. Is it normal for girls to share this much information?

Being given all the shit jobs

The moment a spider enters the house you know about it, god forbid if it’s a mouse, you hear about it even faster. The default sound for such events is high pitched screaming. DIY comes under your name too. Coat rack has fallen off the wall? It’s your time to shine and be the man of the house – even though you don’t have a clue what you’re doing. The girls basically think you’re Bob the Builder. You secretly love coming to the rescue.