There are a lot of niche societies at UoL, but perhaps none more so than the ‘Liverpuddly Cannons’, Liverpool’s very own Quidditch team. We tagged along to a training session with them to find out what it’s really about. After a lot of heavy bruising and the urge to skip the following few gym sessions it’s safe to say that it’s no easy feat.

Quidditch is a surprisingly popular sport among muggles who form the 500+ teams that play in over 26 countries across the world. Out of the 33 UK teams, Liverpool is currently ranked third and average around 20 members at their weekly training sessions. They often travel the length and breadth of the country together on tours to compete in national tournaments.

Teams are totally inclusive and non-binary, meaning that whatever you identify as is replicated in the other team to the best of the captain’s ability and boys play with girls. 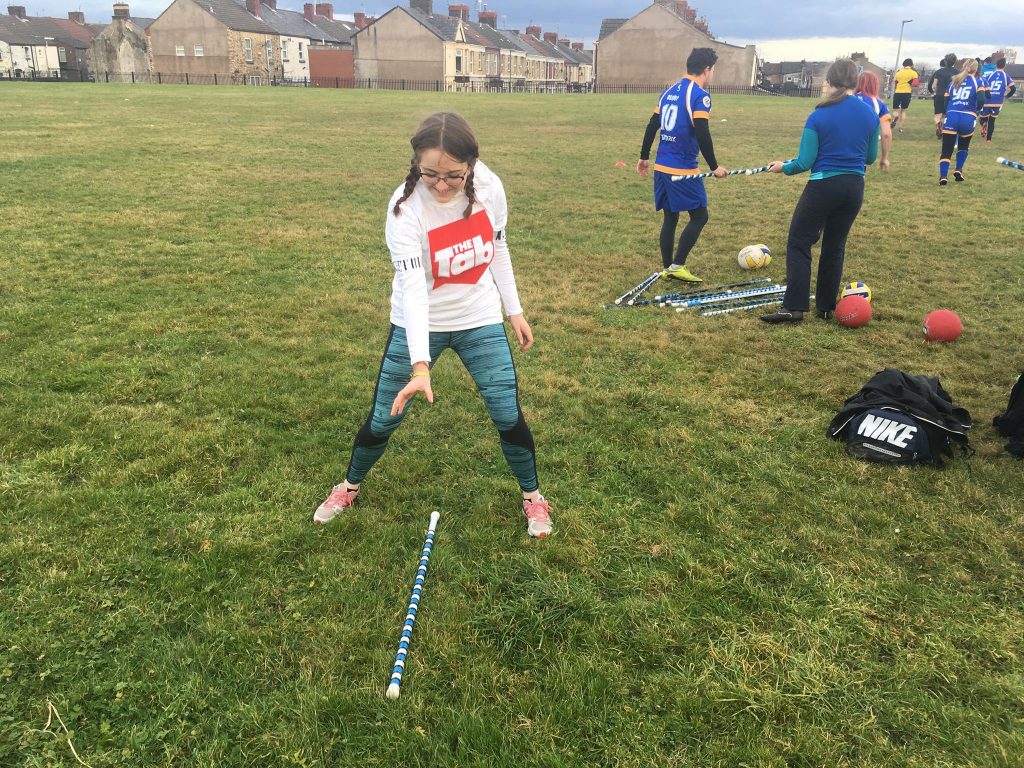 There are three chasers, two beaters, one keeper and a seeker per team. The game is relatively straightforward: the aim is to put the quaffle (volleyball) through the three hoops at each end of the pitch, all while straddling a stick. If you get hit by a bludger (a netball) you drop what you’re holding and return to your base to tag back in. After 18 minutes a speedy individual (the snitch) enters the game with a sock hanging out of their shorts, which when caught ends the game. Got it? 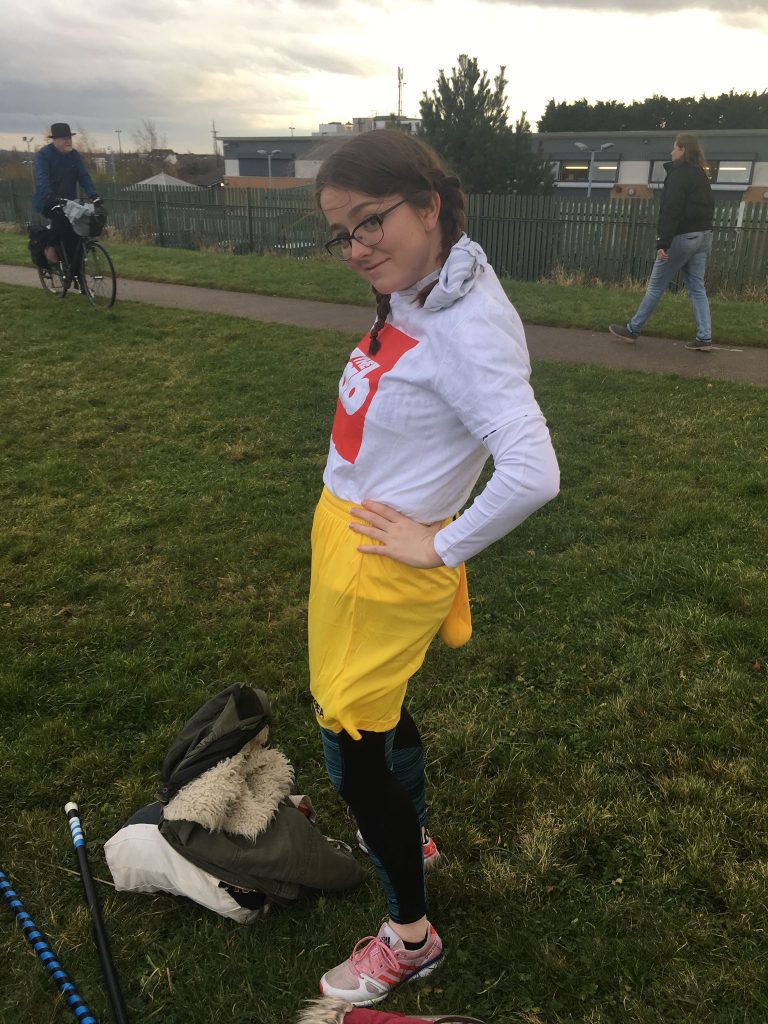 After Huffle-huffing and –puffing our way around the field for a quick warm up, we played a few warm up exercises that rather resembled a relaxed PE lesson. Then we finally got onto the good stuff, a proper game. At first I tried the position of chaser, but my inability to put a ball in a hoop has haunted me since year 5 basketball and I was quickly made into a beater. Throwing balls at people’s faces seems to be rather more my style and I took to it like a fish to water. If you’re not shy of a bit of mud wrestling and aren’t afraid of a little full contact barging around then beater is the position for you. 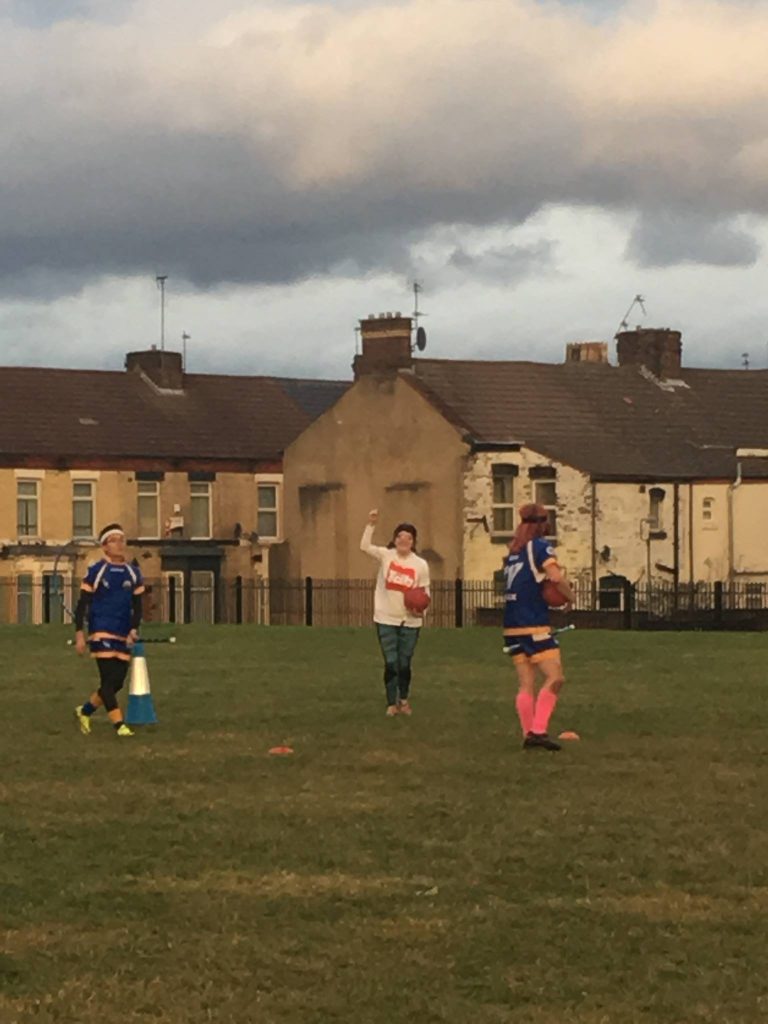 The general vibe from the team was that they’re just out to have a bit of fun. I was expecting to feel a little nerdy participating in a semi-fictional game designed for wizards but I can honestly say that I had a great afternoon, and despite all expectations I got really into it. Muggle Qudditch is the perfect blend of rugby, dodgeball and netball and requires a surprising amount of athletic ability – never judge a book by its cover. 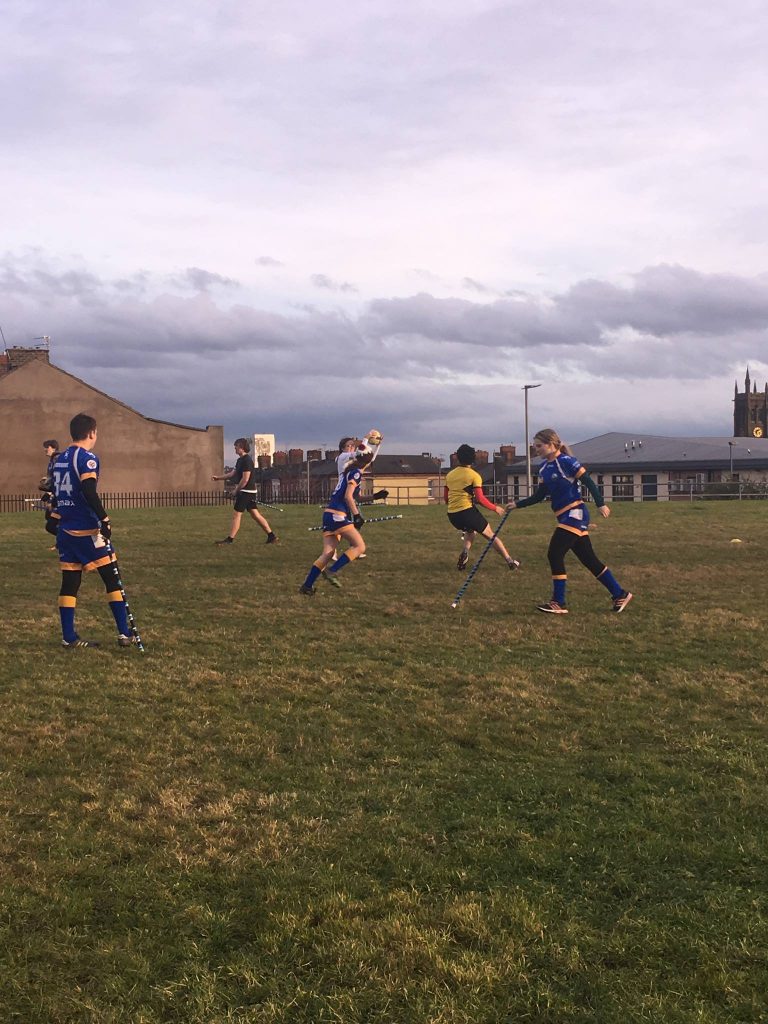 The Liverpuddly Cannons meet every Wednesday and are always keen to welcome new members. If you’re looking to quid-ditch the gym and get involved, message their facebook page for more information.