There has been a major gas leak near North Campus

Students have been evacuated from their accommodation

Prescot Street in Liverpool City Centre has been shut after a major gas leak next to the Royal Liverpool Hospital, only 6 minutes walk from the University North Campus. 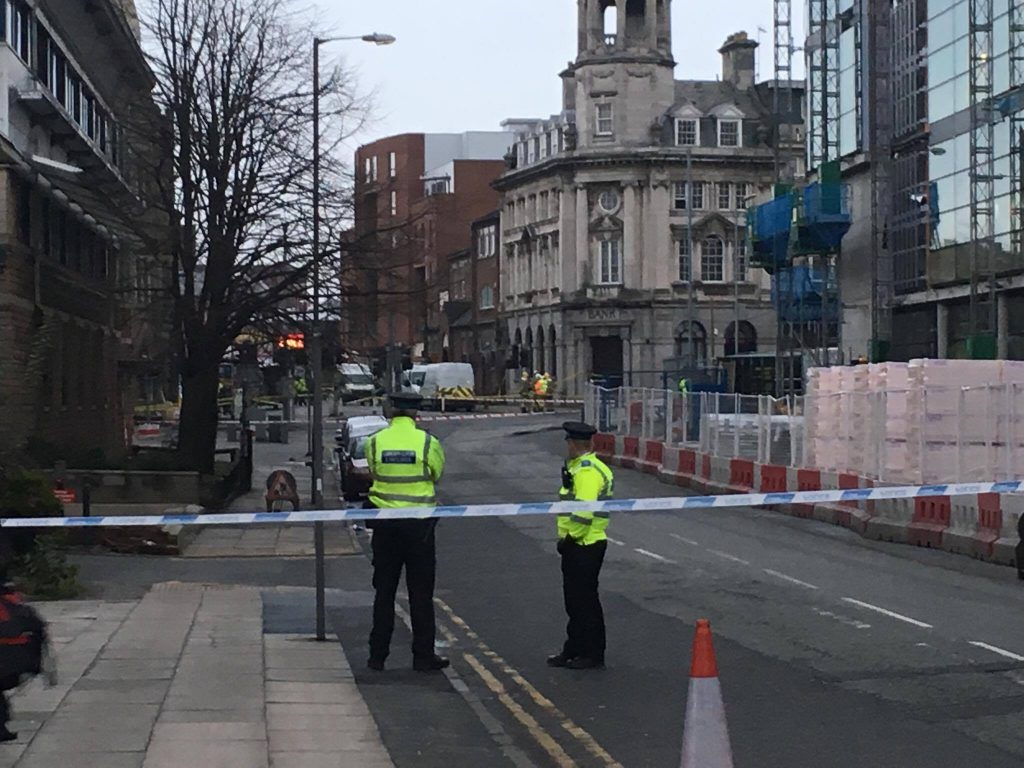 Police and fire services are on the scene, as well as British Gas Transco. There have been some reports of a strong smell of gas in the air. Merseyside Travel have tweeted to say that all public transport services within the City Centre are subject to extreme delays and cancellations. Local residents, including student accommodation, have been evacuated. 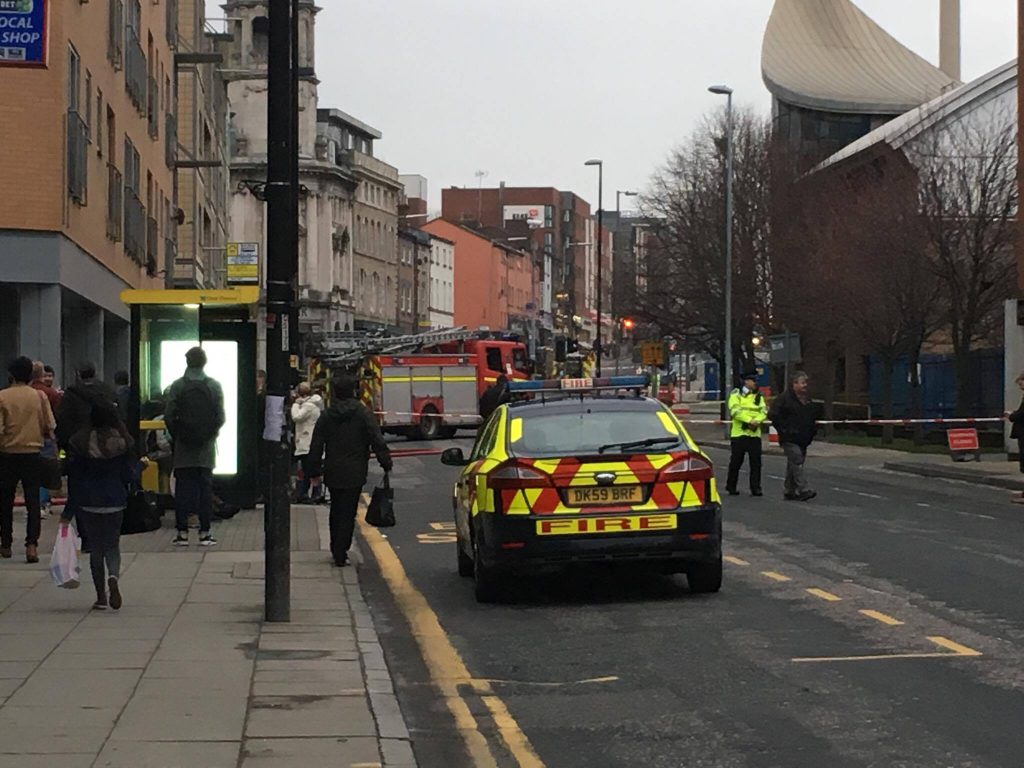 Joseph, a John Moores’ student who lives in the Albert Court Campus Living Village accommodation on London Road told The Tab: “We were all evacuated at about 1pm, and stood about outside our accommodation for probably an hour, before being told that the electricity board had to come out to turn of the electricity before they could fix the gas leak.”

“So we’ve not been allowed back in for the best part of two hours, couldn’t even go in and get our bags or money.” 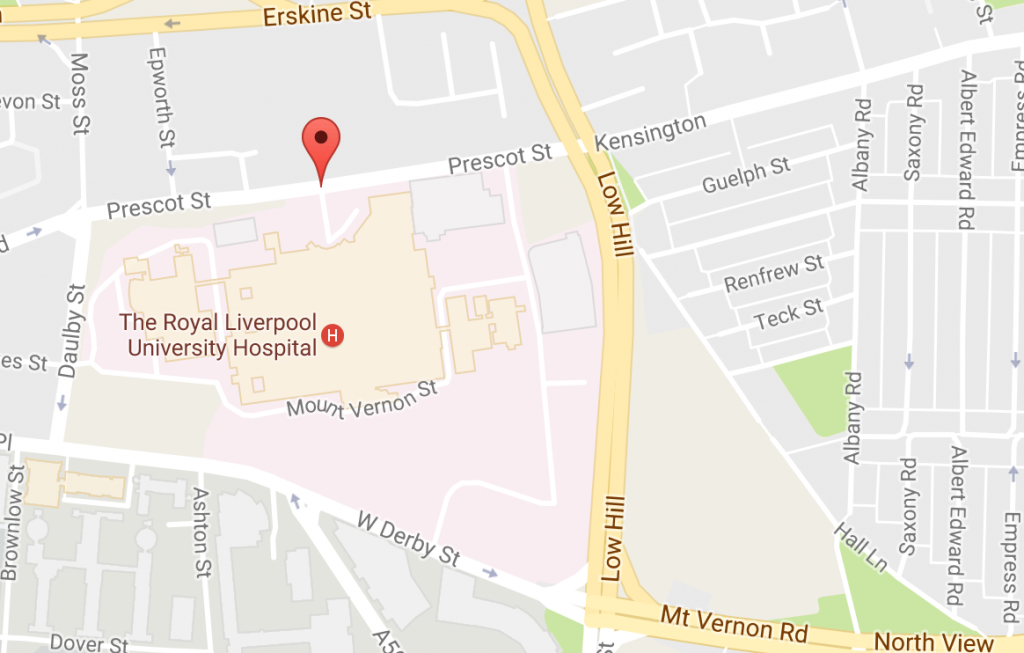 The street which has been closed is marked

The university has sent an email to all undergraduate students, informing them of the gas leak, and stating that heavy delays are expected in the area. The email also said that the University’s Facilities, Residential & Commercial Services are in contact with the gas company to “understand the timescales involved and to try and minimise impact on staff and students”. 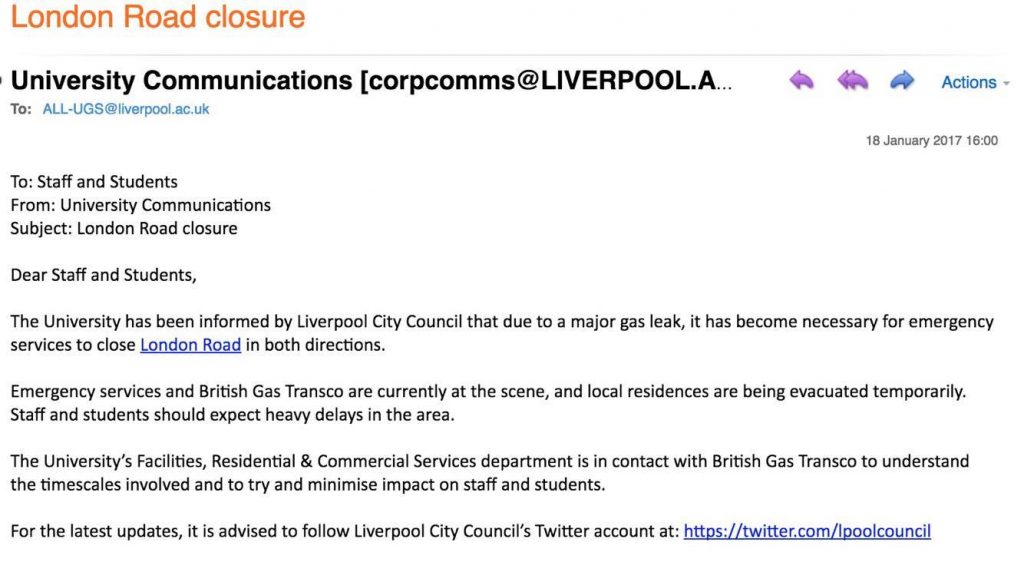 Other students have been tweeting about their experience as well, with Jonny Maddox saying that he didn’t have any gas, electricity or water in his accommodation  and other students complaining about having to stand outside in their pyjamas.

Gas leak in Liverpool. I wondered why I had no water, gas or electricity. I wonder when I can return ? @LivEchonews @TheTabLiverpool pic.twitter.com/DLdXuVyCXH

Never a dull moment living on London road. No water and electricity all day, then an evacuation for a gas leak and now this @hannah_sami pic.twitter.com/qmMScuPfhk