Every 12 months we ritualistically set ourselves resolutions for the year ahead. Some wish to get fit, to see the world, to smash that First. But where is the fun in that? Fuck them off, make resolutions that make you happier in the moment. Here is every resolution you should make to get the most out of your time left in Liverpool, the greatest city in the North.

Go to every single Juicy this term

It moved venues, we lost it all together, and then in the greatest return since Stevie G leaving LA Galaxy we got it back. What better way to celebrate than by religiously attending every single Tuesday night of second semester. Get the gang together, pre drink hard and early and head down to the Shipping Forecast at 11pm to bump ‘n’ grind all night long. You’ll learn Tuesday is the new Friday and your 9am can go on without your attendance. 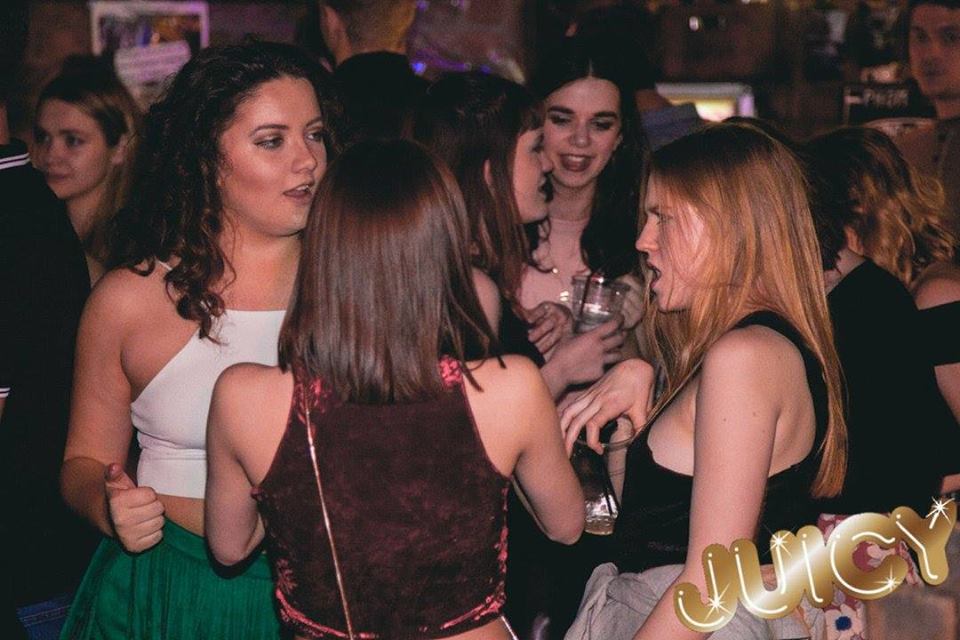 tfw you realise Juicy is back

Finally get a ferry across the Mersey

You came to Liverpool in first year telling everyone you would immerse myself into scouse culture, it’s now your final semester and you’ve only been to the Cavern Club – and that was an accident. This year, you will finally take the plunge and on a study break, sing Beatles songs at the top of your voice and go to “the other side.” Apparently Birkenhead is a real sight, you will form an opinion this year. 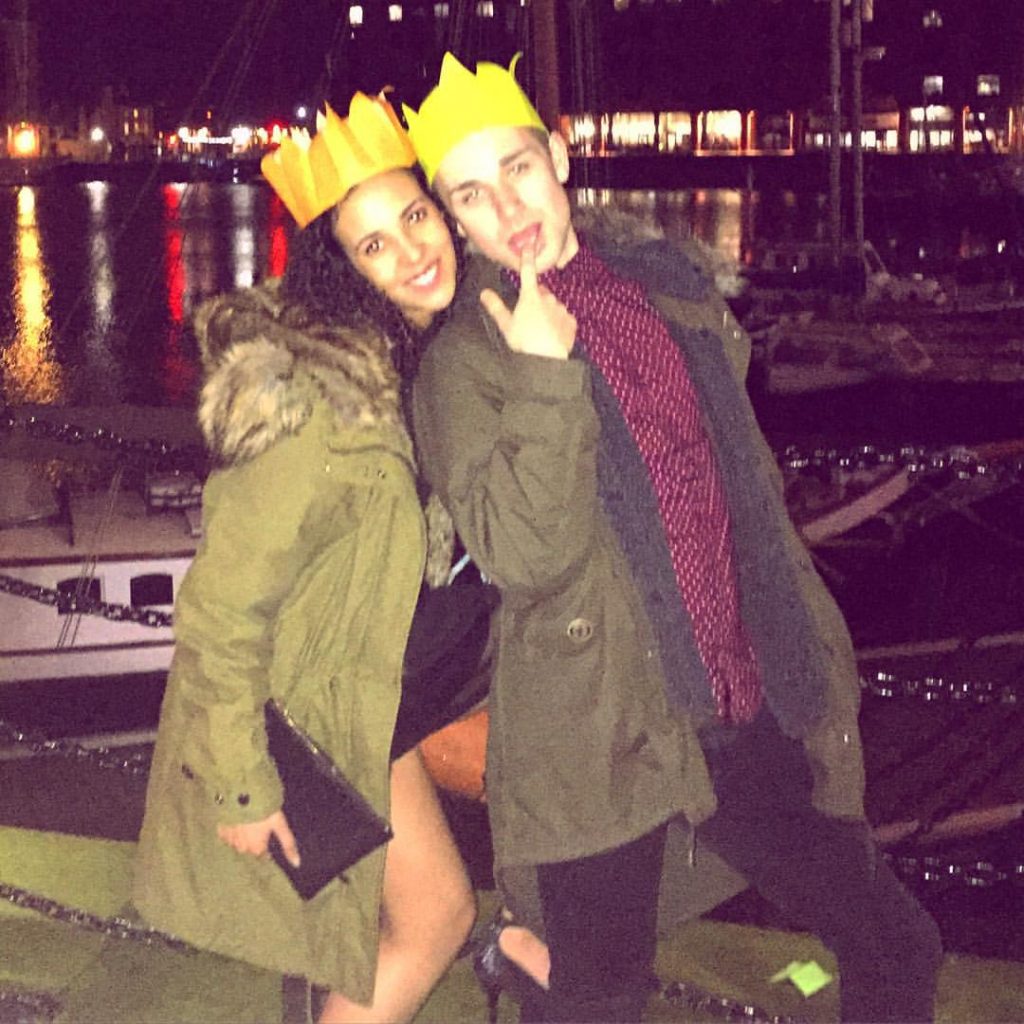 Steal a spinning chair from the SCTH

A lot like vowing to get with that guy you fancy in halls – you probably shouldn’t but you know you’d be much happier with it in your bedroom.

All the rumours you’ve heard are true, Guild breakfasts will change your life entirely. This year make a pledge to give yourself some extra time in the morning, get that 699 a little earlier and get a breakfast at the Guild before your dreaded Monday morning lecture. Nothing will sort out your Raz hangover more than a bacon or sausage roll (or bap, if you’re that way inclined). In fact, you may as well go all out as for only £2.95 you can add a hash brown and a bottle of juice leaving that lethal student overdraft untouched for the time being. Haggle quad vods for a fiver

2017 is the year of change and 2016’s fuck ups need to be resolved. Take back control and get your quad vods for a fiver instead of the current con that is £5.65. Use those persuasive skills you were taught in a-level English and barter hard. Your only-existent-when-convenient budget cannot and will not stretch to that extra 65p, so strike up a friendship with the bartender and bring a powerpoint presentation for backup. If all else fails, have a search of the floor near the bar and that extra cash may just appear.

Spend more time working in the SJ, rather than smoking outside it

You tell yourself every day ‘go and be productive in the SJ’, avoid that unnecessary flat drama and go and smash that 2:1. But no, every day you spend more time either in the social area bitching to your friends or outside smoking enough rollies to make Pete Doherty jealous. This year, you will hit up top floor grove wing, dive into the medicalisation of society for hours on end and make the 2017 you more productive than the 2016 you. 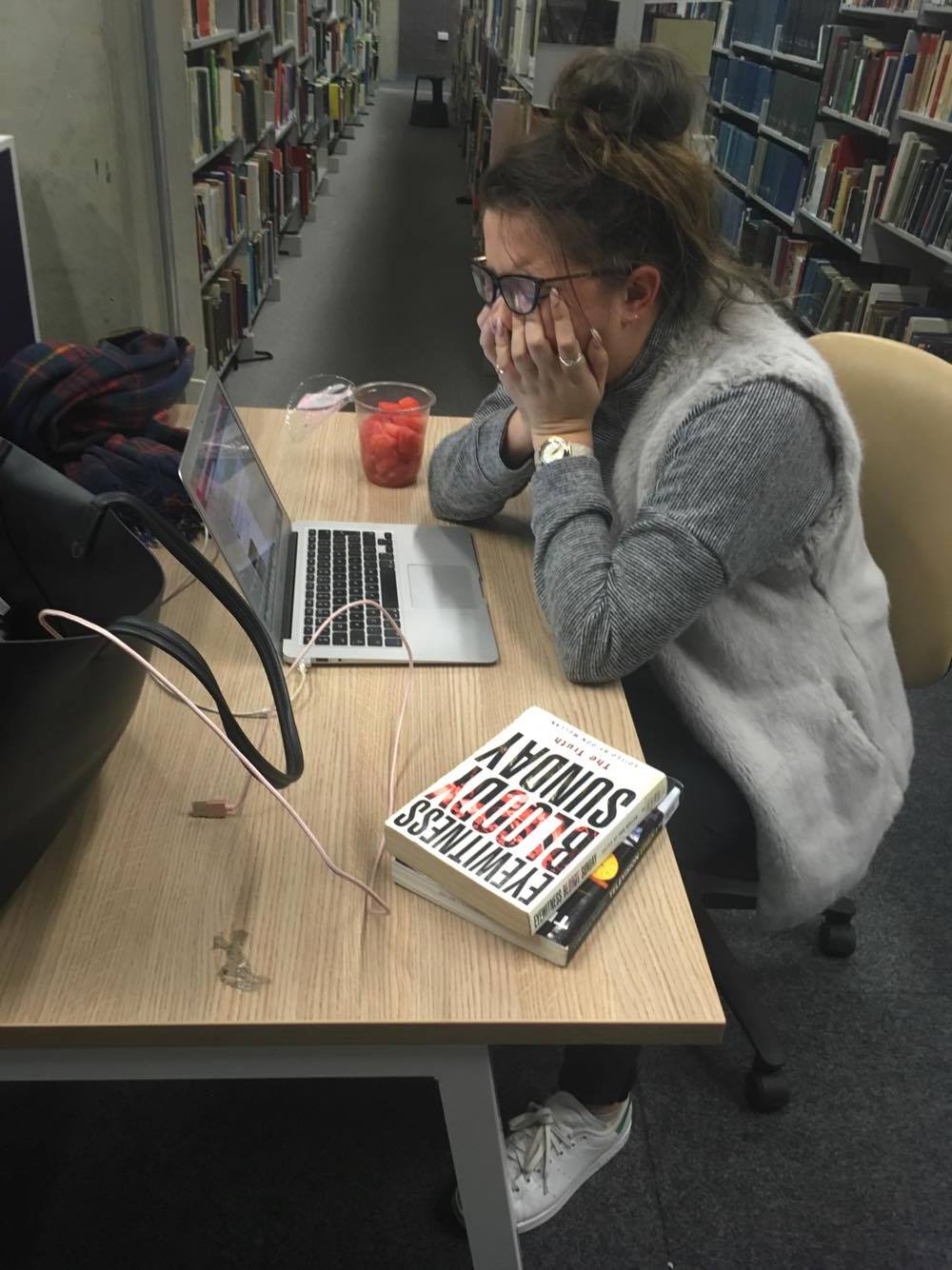 If the Christmas pigs in blankets have gone straight to your hips and you’ve already blown your student loan on pretty stationary, try walking to uni every day. Nothing cures a Juicy hangover like a stroll to campus, so for your 2017 resolution swap the overcrowded 699 for a brisk walk up Smithdown Road and shed that winter weight.
Go to The Raz and actually remember it

After hearing all the stories about how wild/fun/scandalous nights at The Raz are promise yourself you’ll spend at the least one Monday night there which you can even vaguely remember. Wake up the next afternoon and discuss at length with your housemates every detail of the night – bonus points if they don’t remember anything and you can tell them all about the 6/10 they necked to the sound of Mr Brightside.

And in that five minutes, her whole life flashed before her eyes

The amount of -£3’s in your account from the SJ Tesco in 2016 was an absolute joke. You could actually afford that Chibuku ticket if you packed yourself a lunch every day for two weeks when you’re going to uni. Although you will forever miss your Chicken salad whilst you’re sitting in your film screening, it’s a price you should be willing to pay to avoid reaching the max of your overdraft every month. 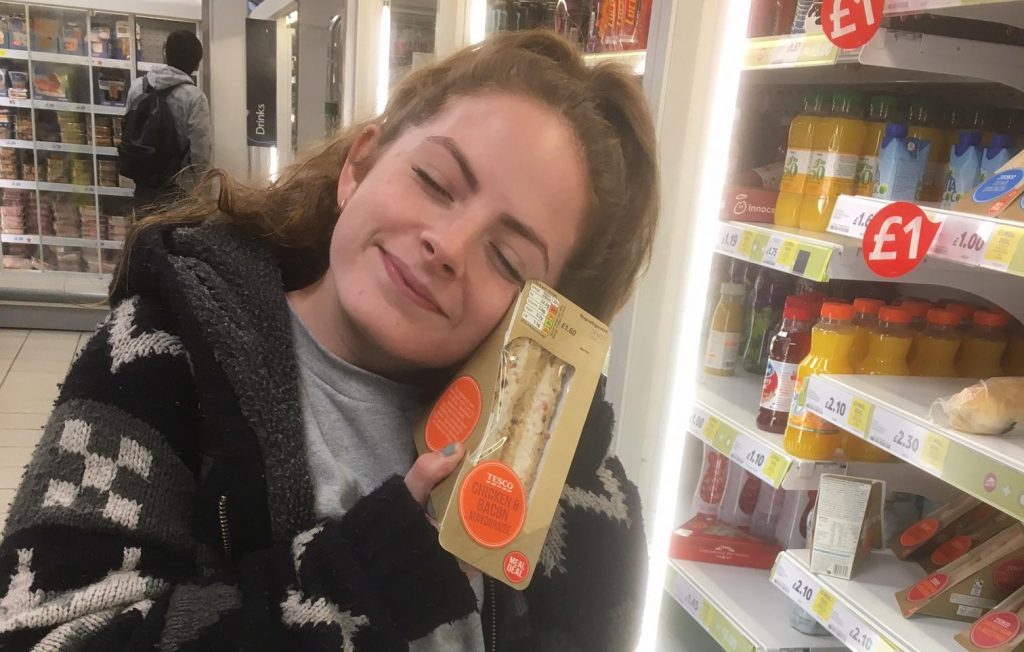 Go on a night out in LEVEL without losing anyone

Be honest with yourself, have you ever been to LEVEL and not lost the entire squad? Whether you need a smoking break or another drink as soon as you turn your back everyone you’re with is guaranteed to disappear into the heaving, drunken crowd. Attempt to lower chances of isolation by wearing high vis jackets, becoming part of a new squad every time you lose the old one or arranging a meeting place only for you to all forget about once you’ve have three jägerbombs.

It’s time to attempt to actually understand what everyone around you is saying because half of us southerners still don’t quite get it. Why is everything boss? Who’s a wool and is it a special club you can join? Jibbing someone off sounds like a euphemism and whilst we’re at it, what the fuck does la mean?