There’s been a second assault on UoL Campus

The university are offering a chaperone service to students and staff

Following an assault on campus last Wednesday, which resulted  in a post-doctoral researcher from the University of Liverpool being hospitalised and receiving emergency surgery, the university has stated that a second assault  took place last night. In an email sent out at 11:19 this morning, the university accused ‘a group of youths on bikes in the vicinity of Crown place’ as being responsible for the attack.

The University communications team sent out the email which said: “Last night (Wednesday) at approximately 5.55pm, a male student was hit on the back of the head by one of a group of youths on bikes in the vicinity of Crown Place. The student did not suffer any serious injuries, although a member of the University Campus Support (Security) Team suffered minor injuries as he attempted to detain one of the youths.” 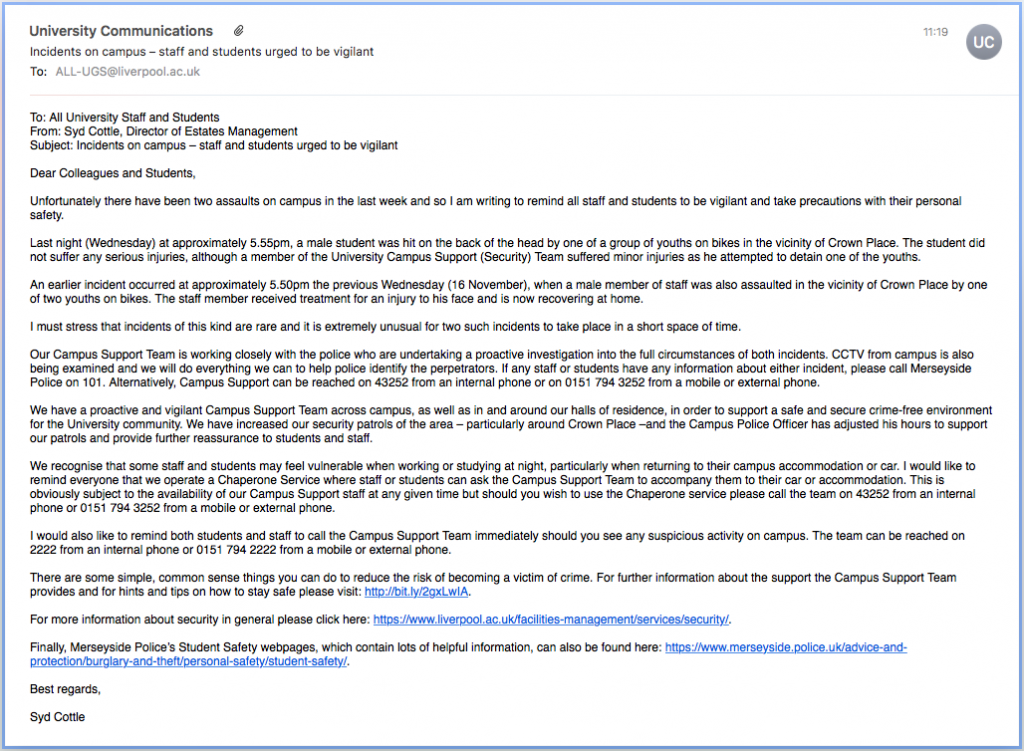 The Campus Support Team is working closely with the police in an investigation into these events. CCTV from campus is being examined and the university maintains they are doing everything they can to help police identify the perpetrators.

The University are urging for extra vigilance around campus at this time, particularly late at night and has encouraged use of the Chaperone service for students who feel vulnerable in the area: “We recognise that some staff and students may feel vulnerable when working or studying at night, particularly when returning to their campus accommodation or car. I would like to remind everyone that we operate a Chaperone Service where staff or students can ask the Campus Support Team to accompany them to their car or accommodation”. 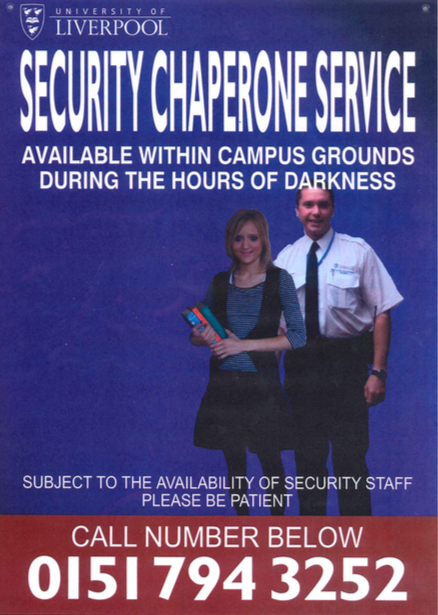 Posters have gone up around campus, including on the Rendall notice board, advertising the service.