That time of the year is rapidly approaching once again. You’re scouting out the potential #HouseSquad for 2017 and desperately want to avoid the same mistakes you made last year, or suss out which of your many halls friends are the ones to keep. The decision over who to take through to next year is solely in your hands, do not mess it up.

Emma and Jake pay for two rooms but only use one, when you could have had Sophie from Rankin move in as well. They always involve you in their petty problems – I don’t care if he only took you to The Brookie for your anniversary, Emma, be thankful you’re getting some on the reg. They only ever go out together and you’ll never be able to just have a catch up with Emma without Jake slithering over and giving you his irrelevant opinion. They’ll argue at every pres and you have to go on a cig break to calm them down. ‘Jake man, just have five you know she really loves you.’ She doesn’t, we all know it, she’s with him because he’s a dentist. 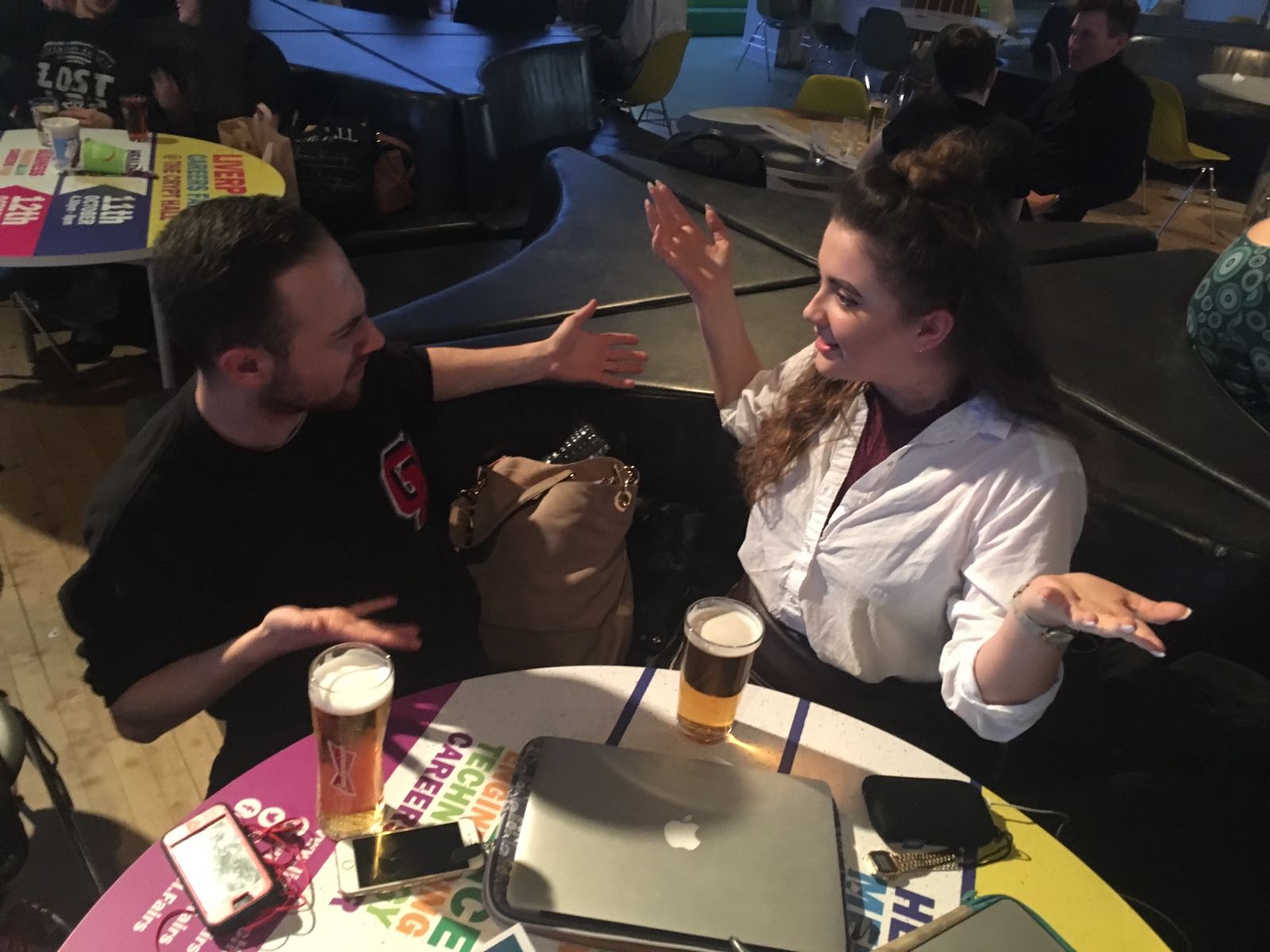 Somehow Ryan has half the contents of his room in the kitchen, and half the contents of the kitchen in his room. He’s so in denial about his messiness that he insists you’re uptight for calling him out on it. But come on Ryan, how am I meant to cook a stir fry when you used my wok to eat cereal three days ago and it’s still in your room? You’ll ask him politely to not leave his lids all over the kitchen table but he doesn’t get it – that’s where the lids should go.

Jane is always first on the WhatsApp calling people out but never brings it up to their faces.  She will clean for three hours and then complain about her huge workload. Law is really getting too much for her and she’s not even sure she wants to be a lawyer any more. Jane never asks for help when she needs it but can often be found spilling her tea and forgetting to clean it – but it’s alright because she cleans every day. She can’t cope working in this mess, but she works in her room any way, because ‘the SJ is just sooooooooo rammed right now!’ Jane, it’s 10pm. Fuck off and go to bed. 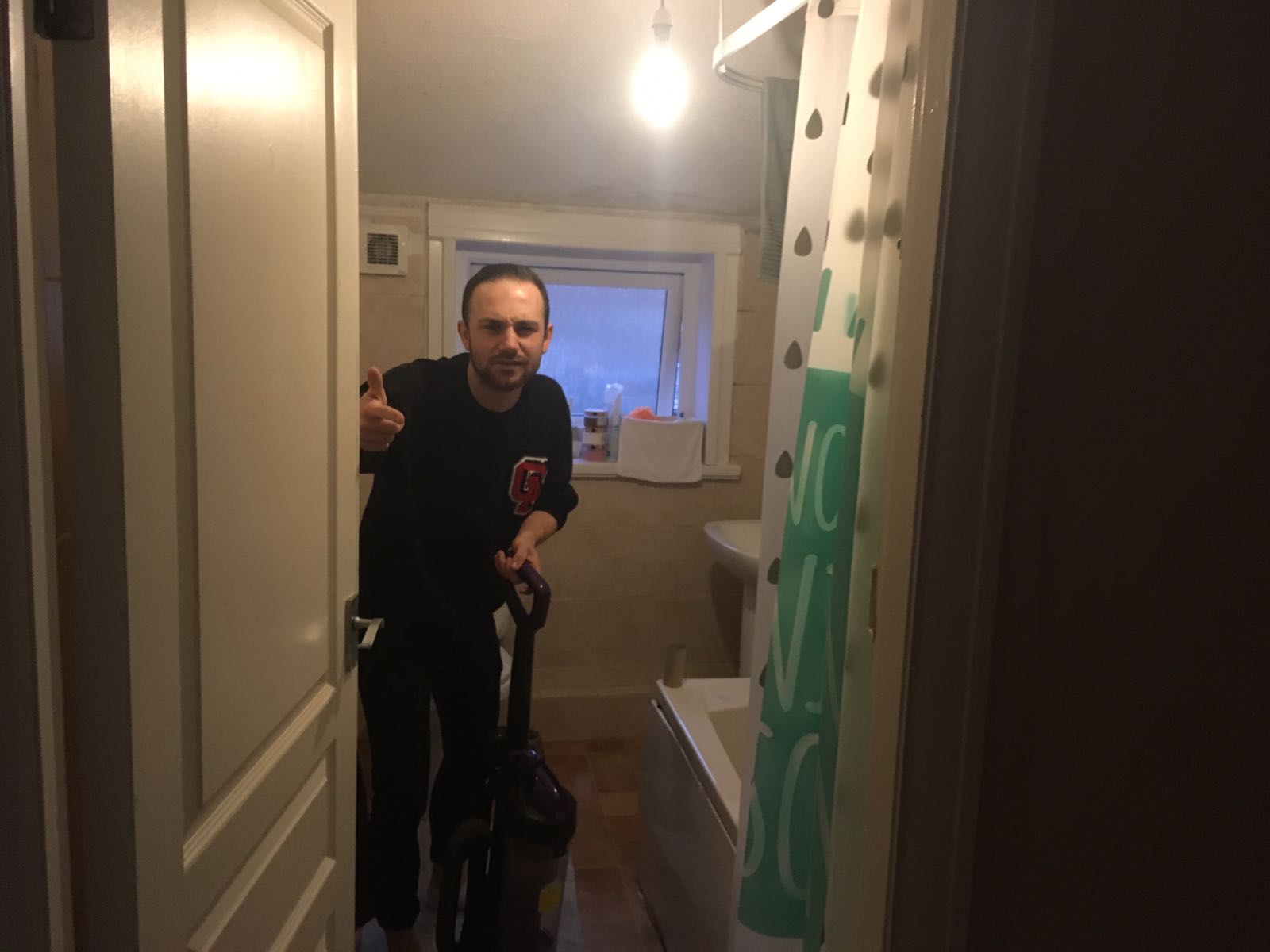 Alright Christopher, you’re in 9-5 every day, WE GET IT, it’s almost like you didn’t know what you were signing up for? All he talks about is how much work he has and how you ‘just don’t understand.’ He insists on being called Christopher – never Chris. Although to his many medic friends he can be known as C-Dawg. He grew up in the Cotswolds and Mummy & Daddy have cut him off during term time while they find themselves in South East Asia; he always talks about hard it is. Because of his heavy workload, Chris is a messy person to live with, and not only this, the swarms of medic mates who come back with him leave a path of destruction in their wake. Chris is on placement in the Ear, Nose and Throat ward in Wigan, but tells girls he’s on paediatrics at Alder Hey.  He probably has a car, he drives the first years he pulls back to halls the morning after.

Just so annoying. If you wouldn’t sit by them during Carnatic breakfast, don’t live with them.

PROTEIN EVERYWHERE. CHICKEN EVERYWHERE. SMELLY TRAINERS, EVERYWHERE. ‘My body is a temple’ – is it lad? Not on a Monday night when you’re crawling home from The Raz it seems. 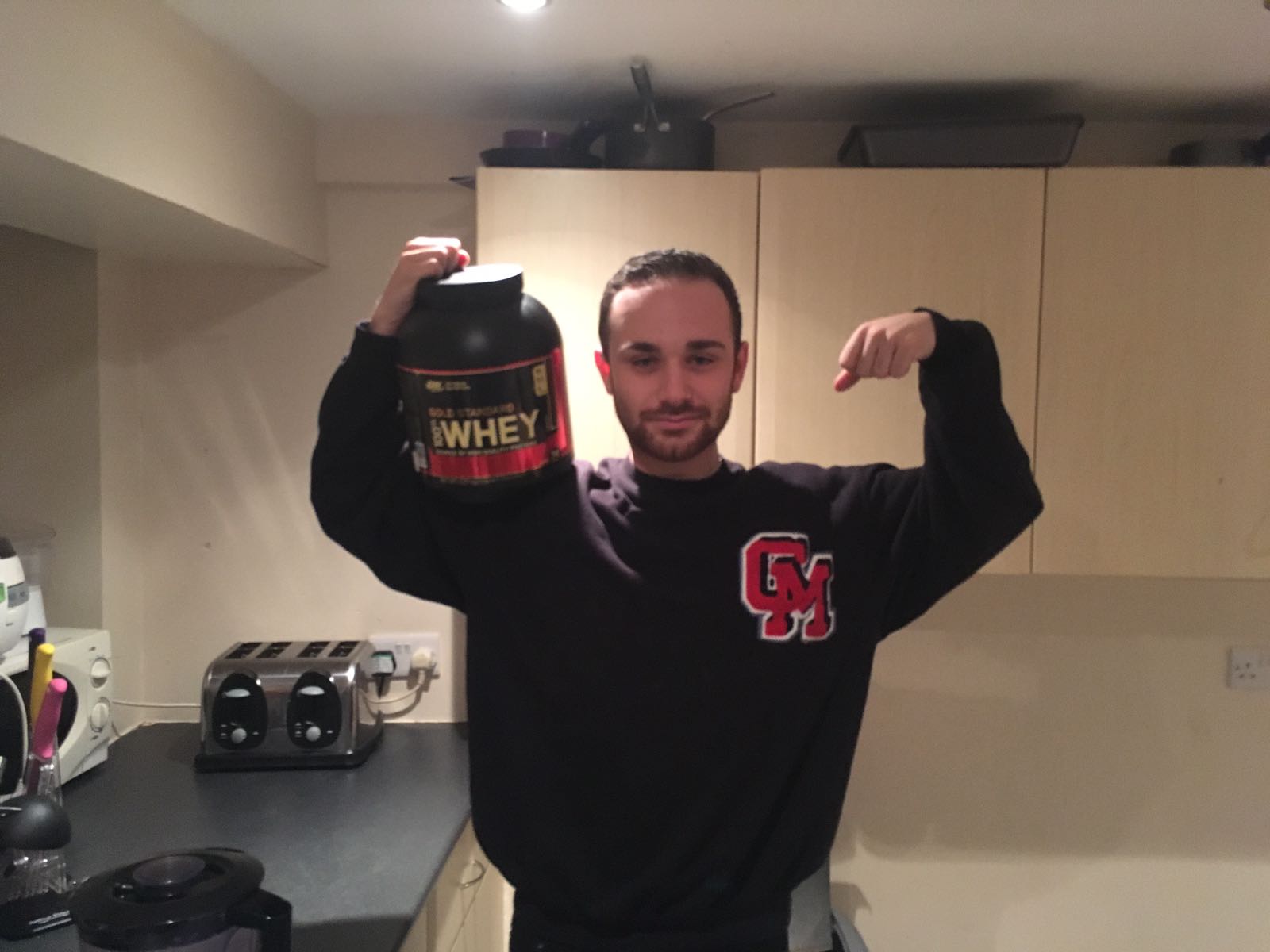 The one who always goes out

Doesn’t matter where, when or with with who, Mike is always keen for a sesh. Admittedly, it was endearing in Freshers week, but it gets old real quick. He’s always first on the group chat asking if anyone wants a drink, even if they said no the day before. He constantly talks about how poor he is, but can always find £5 to go out. However, he never has cash to contribute toward toilet roll. Mike has slept through three deadlines this year because he is SO stressed. Worst of all, he’s always ushering a one night stand out of the door when your parents arrive.

The one who never goes out

Kim has always got a new excuse about why she’s ‘not really feeling Juicy this week.’ Or any other week. Since first year. She’s finished a new series on Netflix every time you see her, and she’s probably mentioned the upcoming Gilmore Girls reboot. She’s like, really excited. Kim doesn’t go to uni that much either – she’s the only person you know to use Lecture Streaming. 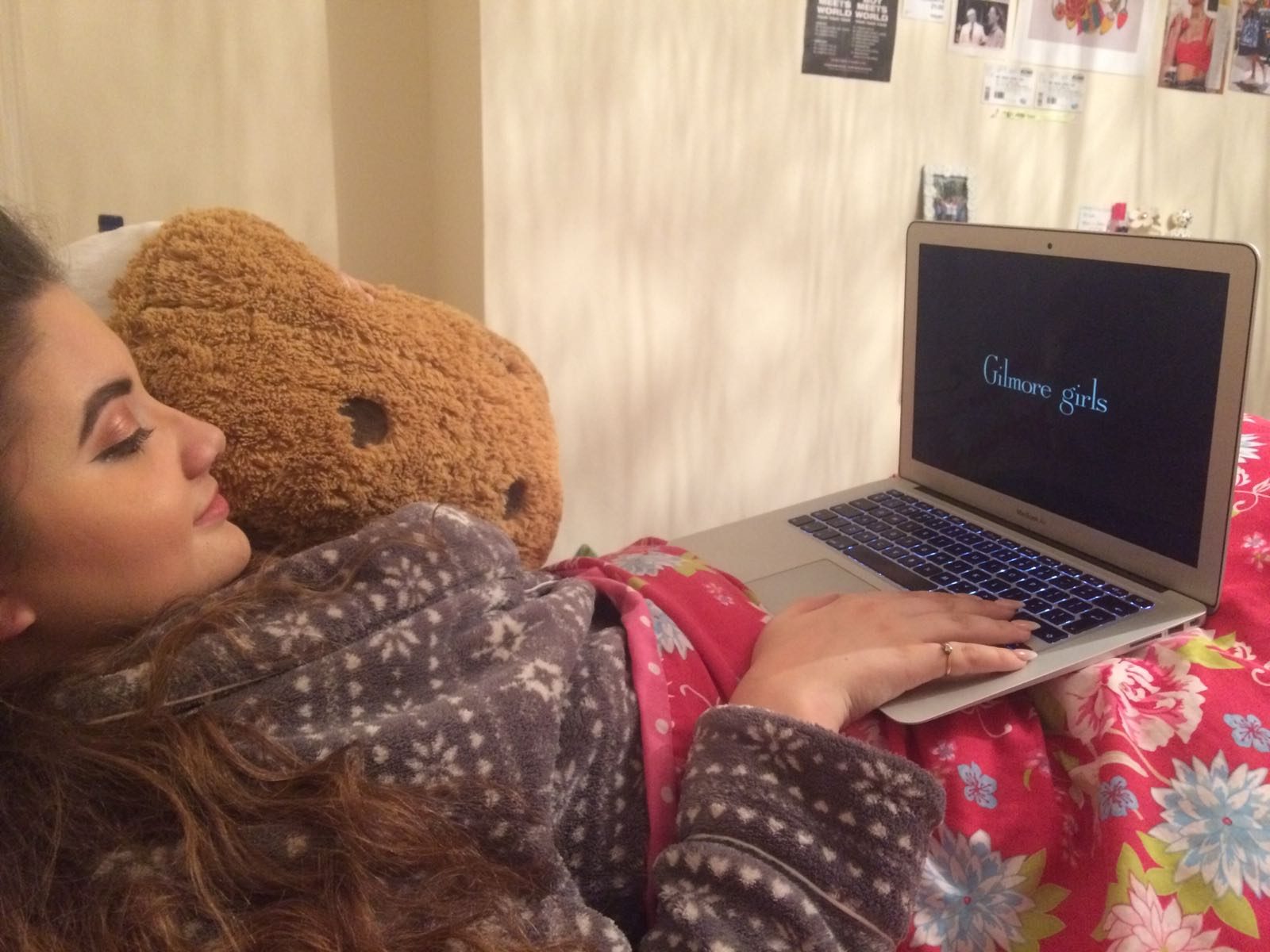 Winter, spring, summer or fall….all you’ve got to do is call….

Oh, is it AU night Stephanie? You hadn’t mentioned. Fancy dress? Tell me more. I care so much.

Stevo – his parents call him Steven – wears HUF socks and the same Adidas sweatshirt five times a week. No one wants to live next door/below/above him because the walls are so painfully thin he’s accidentally hotboxed his whole side of the house. He goes through everyone else’s food and for some reason baccy – why doesn’t he ever have any baccy? Stevo, are you even a real stoner?

The one who doesn’t even go here

Who does Samantha belong to? It’s been so long you’ve all forgotten who actually introduced her to the group. She’s left a toothbrush, PJs and socks but never contributes to the milk fund. Yes, she does always bring snacks but never enough for everyone. The whole house will pretend to love her but really they think she’s overstayed her welcome and should probably bond with her own housemates.

The one in a long distance relationship

And don’t you fucking know it. 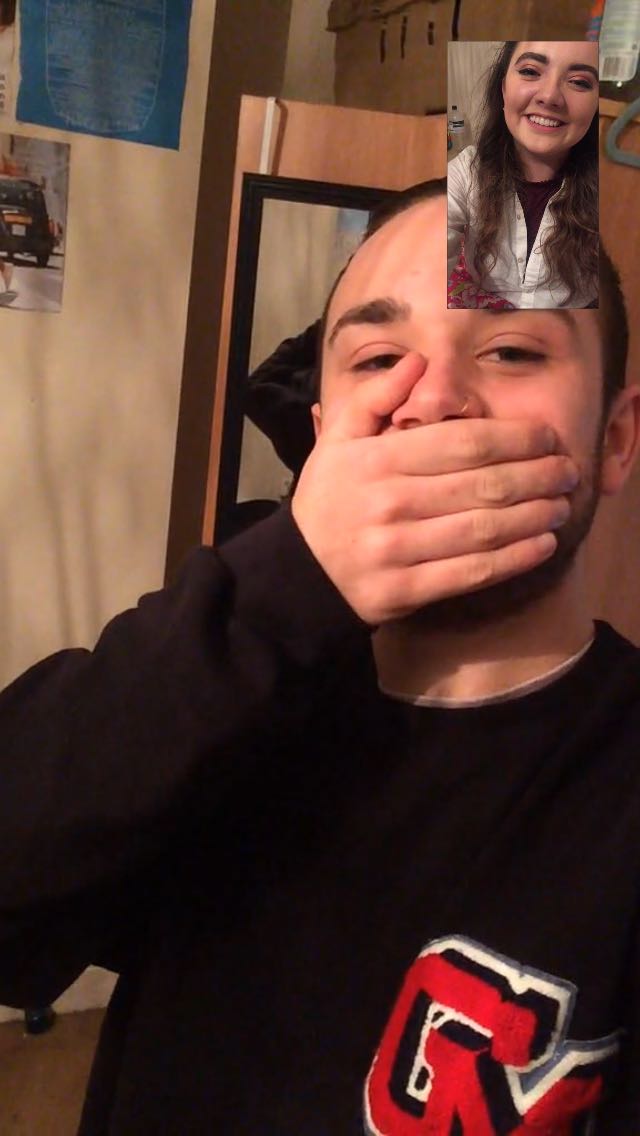 Jemima constantly reminds you she’s always lived away from home, and every time she’s drunk she cries about how you’re like a family to her. Yes, she’s generally a nice person and will always cuddle you when you’re upset or hungover. But this gets less cute after two weeks. What does she want from you? #clingy

The one on a semester abroad

Kieran is only there for a few months so he doesn’t really give a shit about arguments. The minute he leaves he starts to complain about having to pay rent when he’s not there. Maybe you should’ve stayed in halls then pal? Although someone will always unofficially acquire his room, Kieran demands it’s left in the state it was found should he ever dramatically return. What if Paris doesn’t live up to his expectations? Or his girlfriend can’t cope with the idea of him socialising with mysterious French girls? She’s invited herself over even when he’s gone, and just when things couldn’t get any worse, she never cleans up after herself.

Sarah and Grace went to school together did you know? Yes, we all knew, we all know they hated each other in year 11 and now force smiles every day because Grace didn’t have any mates in first year.