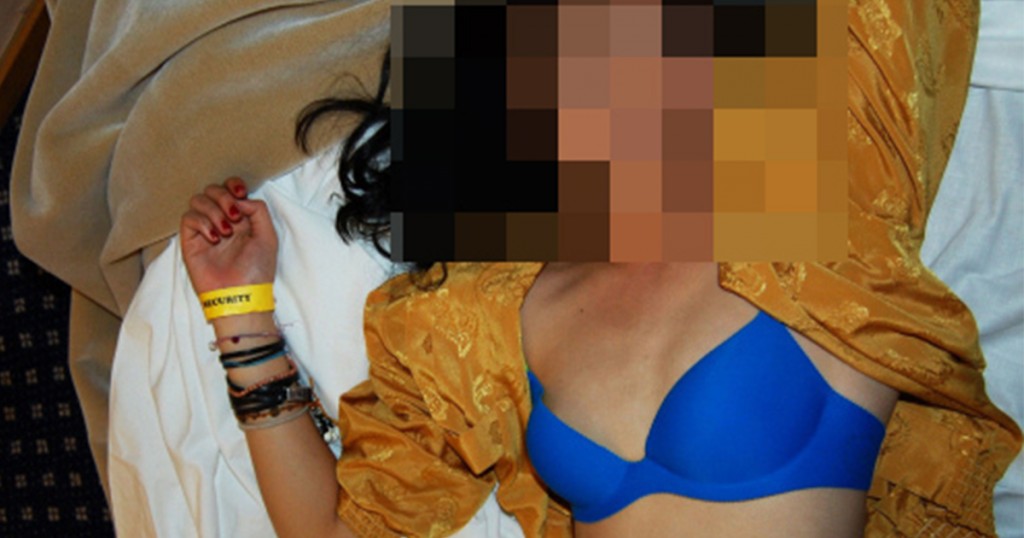 Unveiling the sordid world of illicit sex: What it’s really like to be an escort

One client pulled a knife on her

You’re probably guilty of thinking the girls who sell their body for sex stand on street corners, are hooked on heroin, and have a pimp.

Bet you didn’t think there were middle-class women, at Russell Group universities, who voluntarily lunge themselves into the highly secretive, and extremely lucrative, world of escorting. Paige* did just that, and even after a client pulled a knife on her, she was too addicted to the money to quit. She spent seven months servicing dirty old men, having threesomes and snorting coke, all the while looking at family pictures dotted round the house.

Paige first began escorting when her debts started spiralling out of control. She faced a credit card bill and various other payments, including debts she had run up with friends and family members in the hope she would pay them when she found a job. 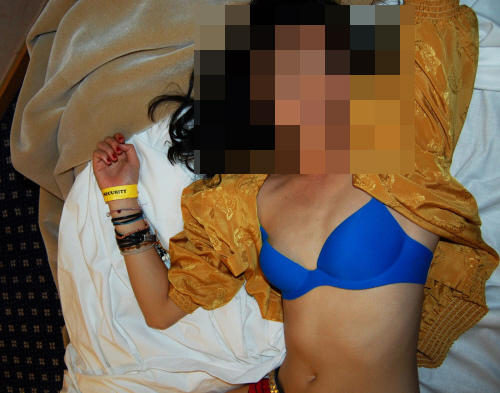 She told The Tab: “It was February and I was going away in Easter and summer. My debts had reached around £600, and the next maintenance loan was still five weeks away. If I waited until then, my debts would be even higher and would probably clear the whole loan out, leaving me starting another term with hardly any cash.

“I needed to clear my debts and stack up some money to sort myself out. Admittedly it seems pretty crazy, but I always had this idea in my head escorting is something I could turn to if things ever got really, really tough. I’m a sexual person, and I thought it was something I was definitely capable of.”

The internet was Paige’s portal, where she directly called agencies on the phone until finding one which suited.

She added: “I felt uncomfortable with all the chats to blokes on the phones – how do they know what it’s like? How could they understand? As soon as I found an agency where a woman answered the phone, I arranged an interview.”

During her interview, Paige was told to always carry condoms and spare underwear, wear heels and a smart coat. She was to arrive at bookings – which included caravans, hotels and family homes – in a long, fitted coat which didn’t show too much flesh. She confessed it was “exciting”, and she’d rather “have regrets than live with ‘what if’?”.

The agency had a central office, where girls on the books would wait until a call came through.

“I used to find it kind of fun waiting in the office. You meet the craziest people. Let’s be honest, to get into a job like that, there’s something not quite right in your head, is there? We would wait until a booking came in, where a driver would take us to a house or hotel.

“Agencies are clever – and business is business. We had clients with serious issues, drug dealers, ex-offenders, married men racking up thousands of pounds a week. It was probably just as damaging for them to see us as it was for us to see them. The agencies know that, but when they profit will they stop?

“You met blokes with all sorts of money, but so lonely and isolated through their own lies and mistakes all they had left was the company they had to pay for. Sometimes I didn’t know who to feel sorrier for – me having to spend time with them, or them for getting in such a sorry state. I used to leave bookings promising myself I wouldn’t ever be that alone. It was kind of a catch 22, because the job ended up making me feel pretty damn alone sometimes.”

The money was always a prime motive for starting the job, but also remained an incentive to continue working throughout the seven months, even though she’d seen first hand the affect it had on her colleagues. Paige had the potential to earn thousands a week only working on a part time basis, and this spurred her on.

She said: “The most I ever made in a night was £1,000. During my best week, I probably took home about £2,000. I only ever worked three nights a week, so when you look at it like that, the money is good. But nobody talks about the nights you sit waiting for a booking, and only walk away with £100 after you waited in an office all night.”

It wasn’t just sex Paige was paid for. Sometimes, men just wanted her company, or someone to party and do drugs with. She had a regular who just wanted to tickle her feet for two hours until he came, and paid her £230 for the pleasure.

She added: “Couples were my ‘thing’ if you like. Mostly you’d party with them and engage in sex with the woman. It was what I felt best doing, because I felt like it was decent. The guy has a fantasy and they want someone neutral who comes and leaves on command, so they call us. I understood it. I always think one day, I’d like to call an agency and get a girl round and party with her – just like when someone rang me, and I was relieved I didn’t have to shag them.

“Any money I made revolved around me sniffing coke with clients – that’s how I kept the hours. Drugs are everywhere, and most of my bookings included coke. At first, you don’t mind: it’s better than sleeping with them. Although a lot of the time they’d just sit there naked, trying to undress themselves but sniffing a pile of coke instead.

“How long can you go on living a lifestyle like that? Not long, is most definitely the answer. Many of the girls had habits, but it took me a while to clock on. After a while it was like ‘why are their noses always running? Why they are always broke when they work every day? Then it hit me – cocaine.”

She added: “I met teachers, doctors, archaeologists, property developers, drug dealers, drug couriers, money launderers, business women, journalists. But they all had this weekend habit, this fantasy. I’ve had cocaine sniffed off my body parts and enough cocaine up my nose to fill Santa’s grotto, but what kept me coming back was easy money. I’ve used drugs myself before, so why not get paid for it?”

Personal safety was always a lingering issue. Even though you call the agency when you get in and they call you when the time is up, ultimately it just came down to you and your wits. During her time there, no girl was ever harmed, but one evening, Paige fled a booking after being confronted with a knife.

She said: “I remember one booking was in the middle of nowhere in a luxury caravan. The guy was pissed, and just shouting and babbling on. I went to the toilet, and when I came back there was a knife on the sofa. I got out of there sharpish after only three hours, despite being paid for five. I left with around £600, but would it have been worth it if he had attacked me? I am worth more than £600, but the industry doesn’t make you feel like that. But if it didn’t, you wouldn’t work I guess.”

Paige never told anyone about her job, and the guilt of shagging married men with families still haunts her.

“I feel guilty when I think of the houses I visited, with the family photos scattered around and the children’s toys on the floor. I wondered what I, a student at a Russell group university from a middle-class background, was doing sneaking around in somebody else’s home, with somebody else’s husband. And I’ll probably think that forever.

“But then I think back about the funny times. Parties, money, more parties and more money. The money gave me freedom, which I guess I value more than anything. The freedom of not having financial pressures, to book a holiday, to buy an M&S sandwich for a change, driving lessons, decent presents for my best friend’s birthday. It sounds trivial – it probably is. Most things are like that in life when you look back with hindsight.

“I’m out now, but of course I’ll carry the ghosts of this job around in my head forever, and I imagine they’ll come out to haunt me. I think any new experience and any new person can broaden your horizon, so I take what I did as a learning curve. One day I want to write a book, but others I want to go back and wish I never did it. I can’t change the past, so for now I better start writing.”

*Paige is not her real name