That would be great, thanks

Liverpool’s hero Green Party candidate vows to get rid of tuition fees and do away with unpaid internships.

Martin Dobson, candidate for Liverpool Riverside, also wants to improve Smithdown and is shocked at extortionate rent we pay.

Speaking to The Tab Liverpool, he said “higher education is a right and everyone should have the opportunity to do it.” 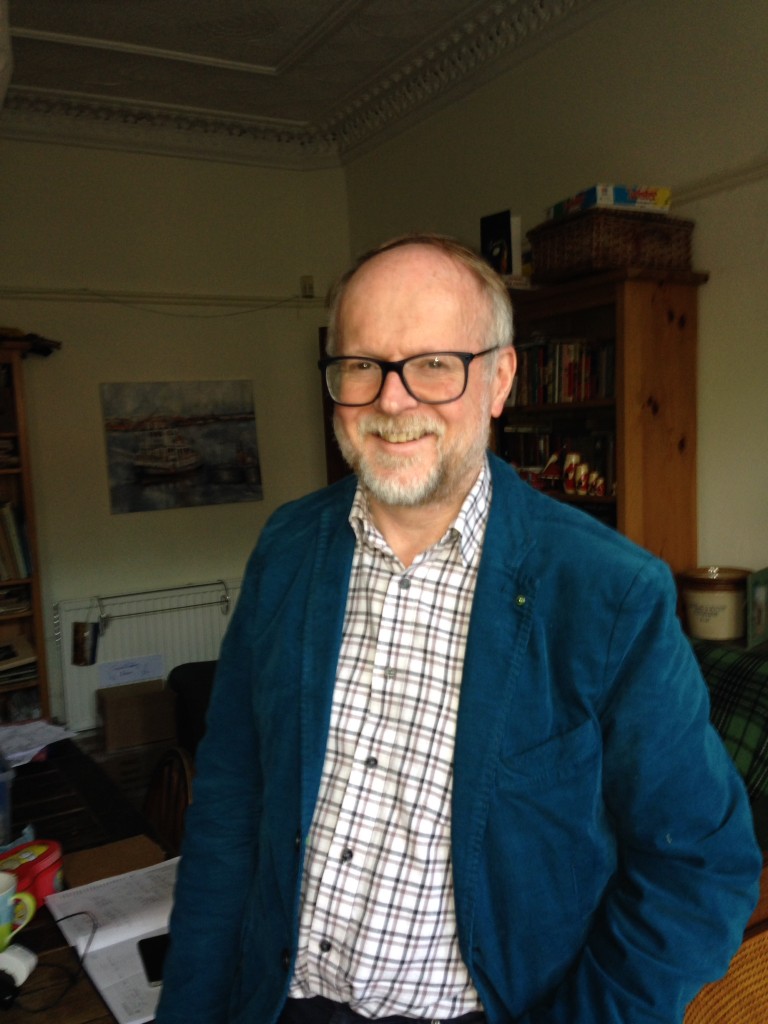 The Bradford University graduate believes that you can’t put a price on education – saying it is “about the individuals being able to develop themselves as human beings.”

The rising cost of student rent in popular areas like Kensington and Smithdown is a hot topic for students.

Dobson insists that the rents are too high and says he has been liaising with landlords of the Dale homes on Smithdown in an attempt to bring prices down.

A similar grind to the lives of students is the increasing amount of unpaid internships. Employers often expect work experience from graduates, however for most students working for no dollar and sometimes away from home is near-impossible.

As the national spokesperson for culture, media and sport, Dobson stated that “people are working for nothing, particularly in the Arts.”

“The Green Party would outlaw the advertising of unpaid jobs.”

He furthered the prospect of work experience with the Green Party policy of a basic income. Everyone in the country would receive a flat rate of pay to live on, and the Riverside candidate thinks this “would allow you to develop your creative ideas, whilst still having money to live on.”

Dobson’s seat, Liverpool Riverside, has historically always been one of the lowest for voter turnout in the elections. He says this is due to people feeling “disaffected and fed up”.

“The main parties are pretty similar, hence why Greens and UKIP have had a boost.”

The Green candidate believes he can be a passionate politician who can inspire all ages, he is also in support of the voting age being reduced to 16.

Dobson commended the University’s attempts to make a greener environment for its students. “The University does do quite a bit- it has cut down on parking. I have been very impressed with the new Greenbank buildings too, which are set to have grass roofs.” 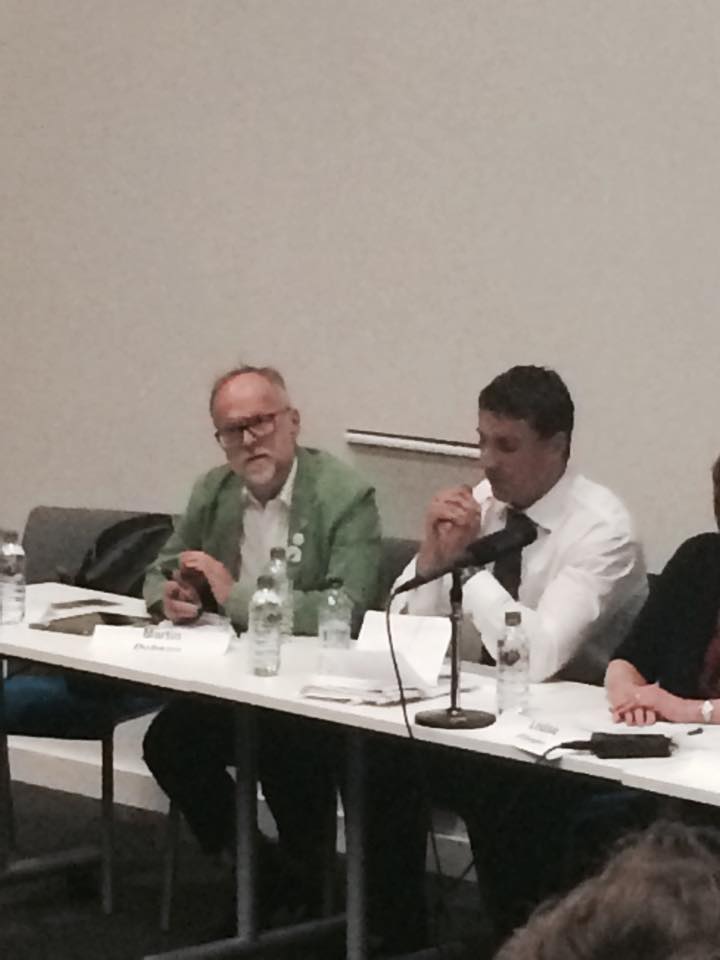 Dobson at the hustings event held on Brownlow Hill, sitting next to he uKIP representative for Riverside

He did not however have the same admiration for the green initiative of Smithdown.

“Smithdown Road has been very unfriendly. I think the traffic should be reduced to one lane in each direction, and slow it down to 20mph. The streets are there for the people and this would make it far more pleasant for the public and the businesses on the road.”

After a Young Greens scheduled talk with Vivienne Westwood at the University was cancelled, Dobson admits that he too was excited for the event.

On the subject of Viv’s alleged tax havens, he explained how Westwood’s donation to the Green Party was the biggest he had ever heard of. “We don’t have millionaires or trade unionists giving us money. We are the poorest party but we don’t care.” 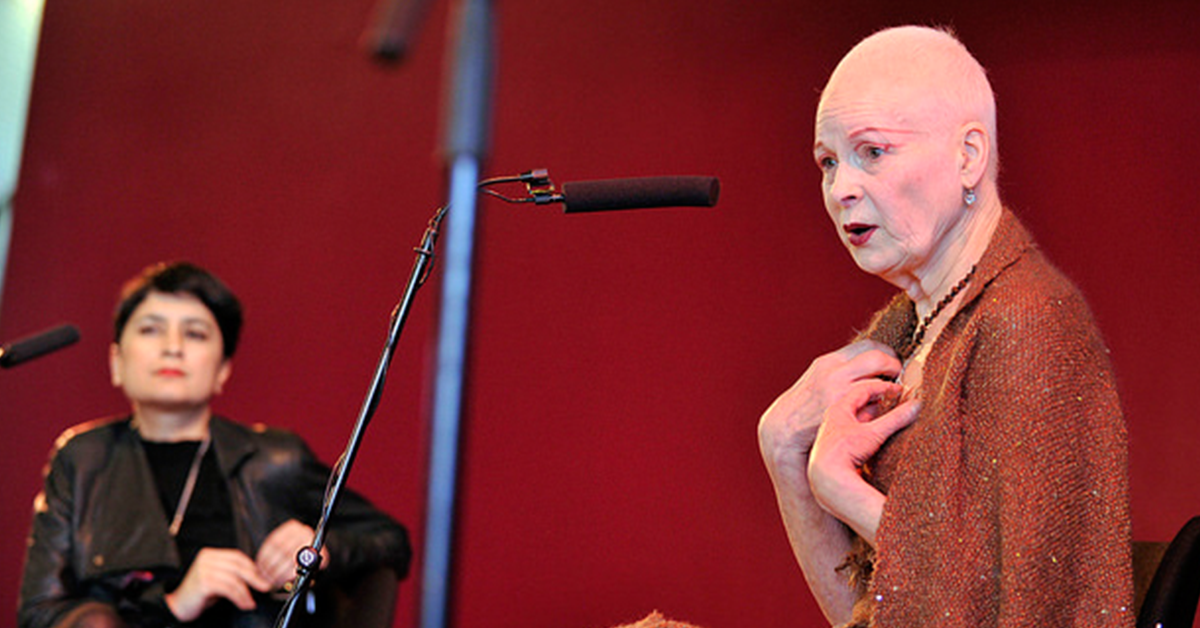 Dobson is feeling very optimistic about the success of the Green Party in Liverpool, and strives to be an MP who is engaged and working in his local community:

“I think people are looking for something different. People are very cynical as there have been a lot of mistakes.”

In his free time, Martin is a keen musician. “I am fascinated with Irish music, but I have had to put it on hold during the campaign. Hopefully I will get elected and then we can start having Irish music sessions in parliament.”

Well wouldn’t that be just lovely.