Guild to host FemJam in celebration of International Women’s Day

In honour of International Women’s day this Sunday, the Guild will be hosting this year’s edition of Feminist Jamboree – the student feminist conference.

Activities will be running from Saturday 7 through to Sunday 8 March, including an after party at The Cellar.

The weekend will consist of film screenings, interactive workshops, crafts and cupcakes, and will be organised by our Feminist Society – who won the Best Affecting Change Society award last year.

FemSoc PR secretary and second year Jane Coles said: “Absolutely anyone and everyone is invited, we are welcoming all genders to the event.

“We want everyone to get a better understanding of what feminism is about, and we hope to clear up misconceptions and further educate people on the feminist movement.

“We want feminism to be accessible to everyone.”

Jane also explained the importance of the Guild hosting such an established event: “It’s such a big deal we’re hosting Femjam this year, because we really want to get the word out.

“Feminism is such an important cause. In modern society women still face oppression from a patriarchal society and it’s so important to support and empower the oppressed.

“If it affects 50 per cent of our society then why should we ignore it? Attending FemJam is educating yourself and supporting a fantastic and crucial movement.” 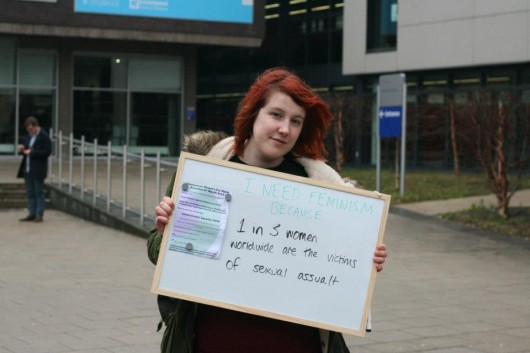 She added: “It will just be really fun, it’s not just academic people talking at you.

“There are going to be chances to chill out and have discussion groups with other students and members of the community.

“We hope it will bring a lot of people together over a really good cause.”

FemJam is just one of the events running as part of the two week programme run by the Guild to celebrate International Women’s Day.

For students interested in attending, ticket prices are based on generosity where donations of up to £6 will be accepted.