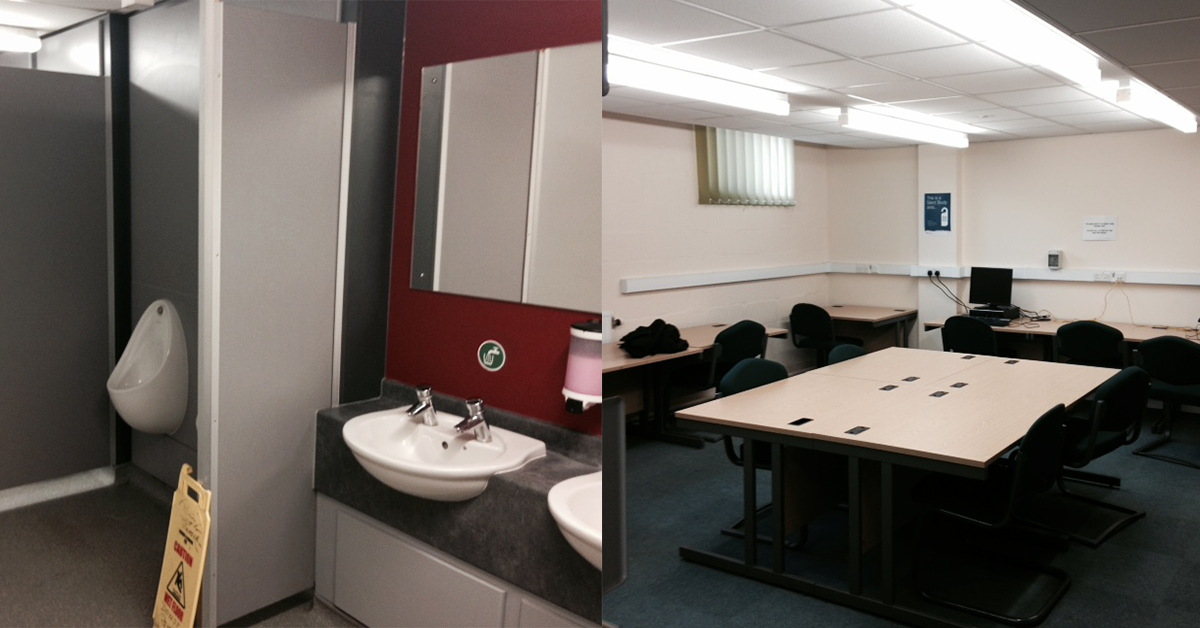 A sweet synergy between studying and having a crafty poo

Now exams are over, the last thing anyone is thinking about is returning to the Sydney Jones for a nine hour Adderall-induced marathon of VITAL and Powerpoint slides.

But if you do feel like returning, either to study or to leave a present for the cleaners, you’ll need to swot up on the best locations.

First, we’ll cover shitting. This is a minefield in the Sydney Jones, and must be approached with extreme caution. You’re quite frankly insane if you attempt to grind one out in the main foyer’s pathetic excuse for water closets. They’re always in an abysmal state, with toilet paper strewn over a moist floor, and nothing but a faint smell of poo and stranger’s footsteps and door-slams to accompany you.

The Grove Wing’s first floor toilets are also a write-off. It’s the second busiest area of the library, and during exam times you can often be competing with a horde of other would-be pooers for the solitary cubicle.

However, there are some hidden treasures that can provide a tranquil turd or a serene study session if you look hard enough.

Located across the foyer, go up one flight of the main stairs to the Abercromby Wing and turn left through the doors for the men’s, and right for the women’s. 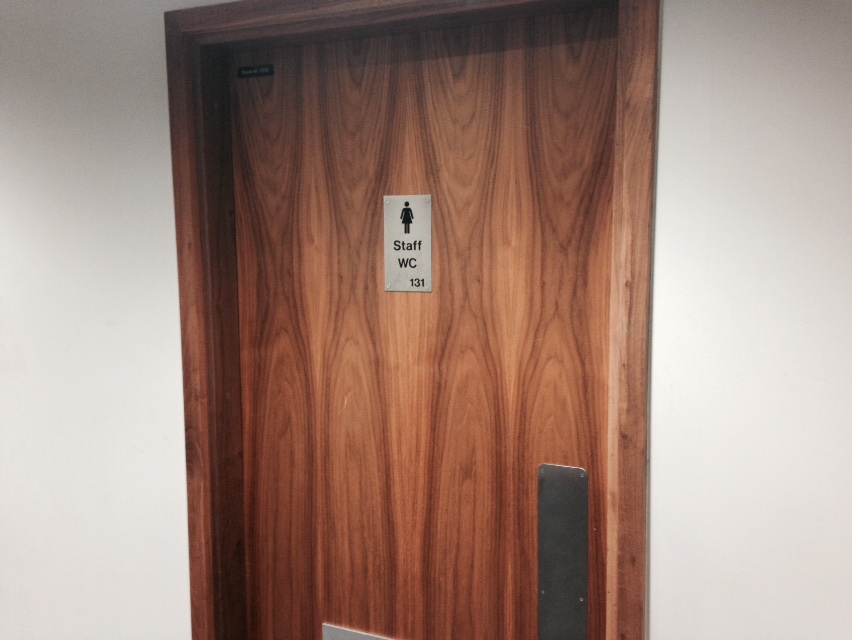 At first, you might have apprehensions about using it, and rightly so. But the relatively few amount of staff in the Sydney Jones, and the student-dissuading Staff WC sign makes this an ideal location to do your business in peace.

It’s been used by myself for well over two years with no problems whatsoever – not even a funny look from any of the more formally dressed people I’ve encountered in there.

Warm, spacious, and equipped with two consistently clean cubicles, it boasts large mirrors and “his and her” sinks as well. It poses the question whether such a large, nice bathroom right in the heart of the Abercromby Wing should be designated to such a small group within the library. There’s even urinal cakes as decoration in the men’s. 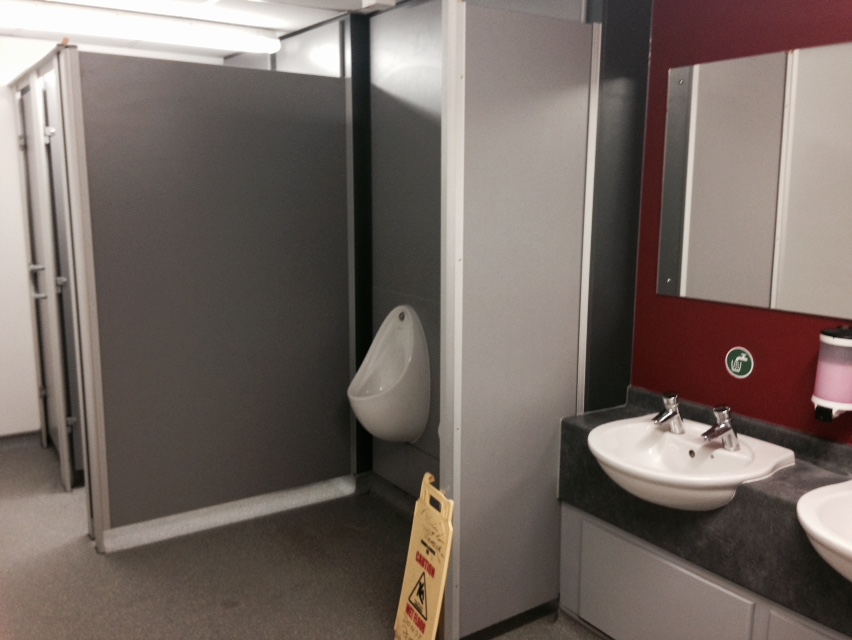 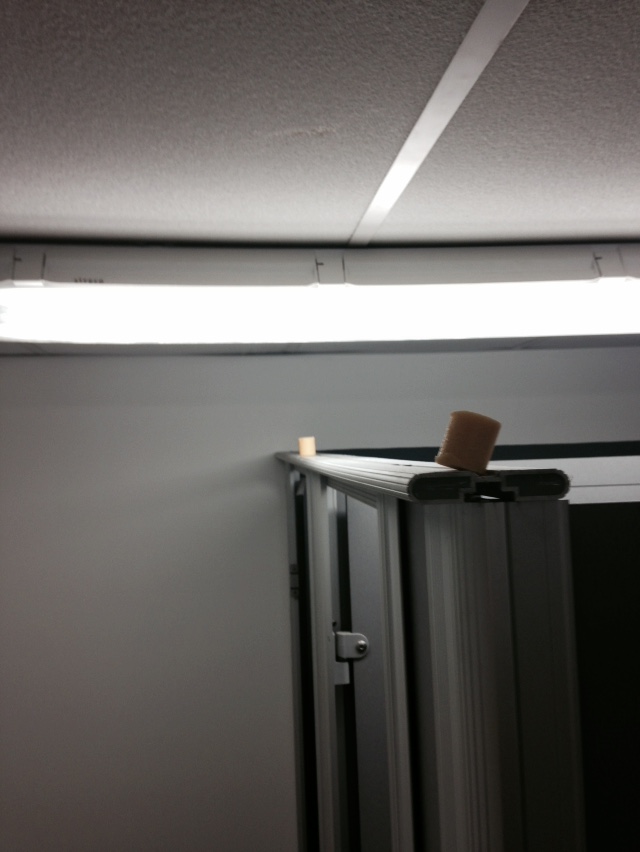 Tip: In the gents, the far end cubicle’s lock is constantly red, even when no one is in there, always making for an unused, clean seat.

As you may be able to see, a correlation is emerging between the plushest loos in the library and who they’re reserved for. A true hidden treasure in the Sydney Jones, you’ll always be guaranteed that tranquil turd, even during exam period. 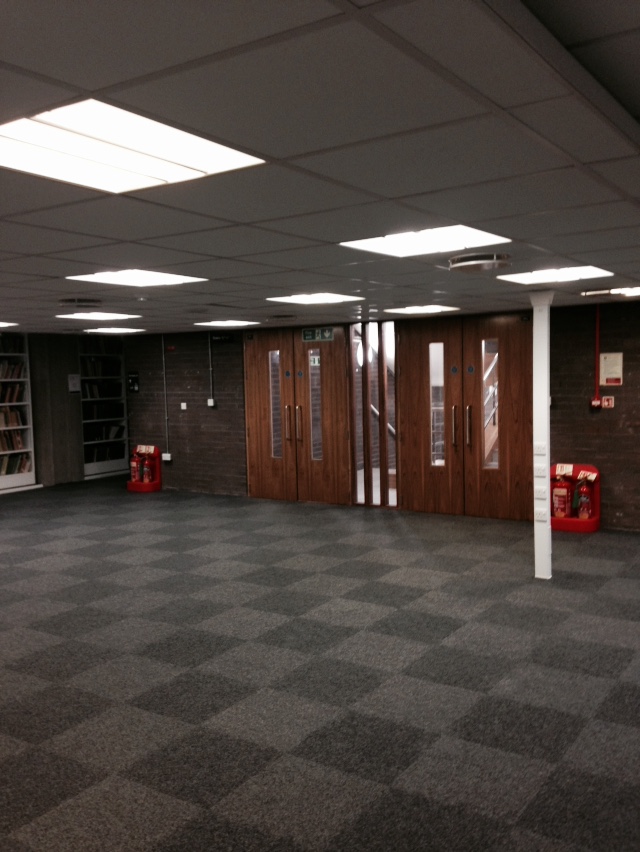 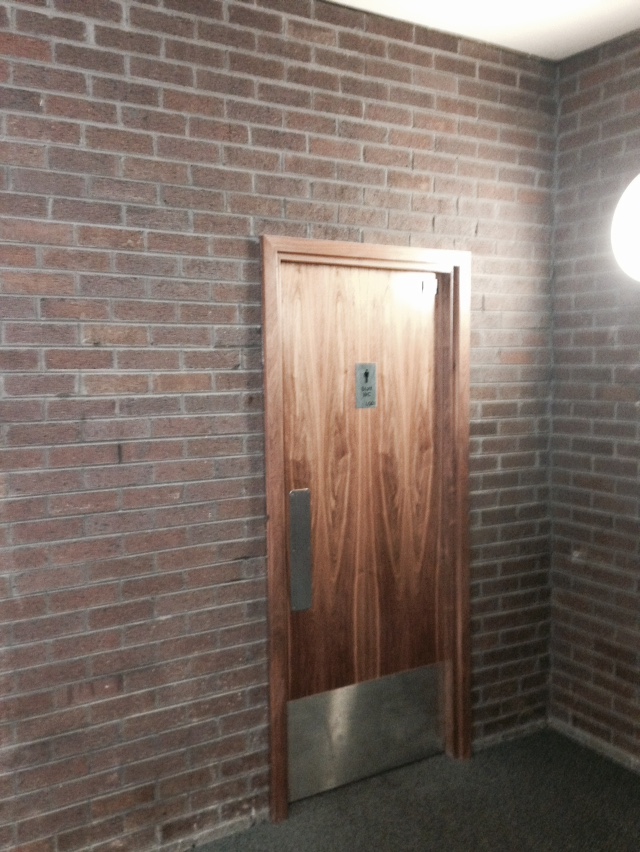 As you walk into the library, head off into the Grove Wing’s ground floor. From there, go to the staircase and descend into a large, recently refurbished landing. Next to the door which leads into the crystal maze, there will be individual male and female staff toilets.

Cosier than their Abercromby Wing relatives, these offer maximum peace and quiet and minimum human contact. A secret hideaway from the overrun cesspits upstairs. Consider coming down here with some meditation tapes downloaded onto your iPhone and some scented candles. 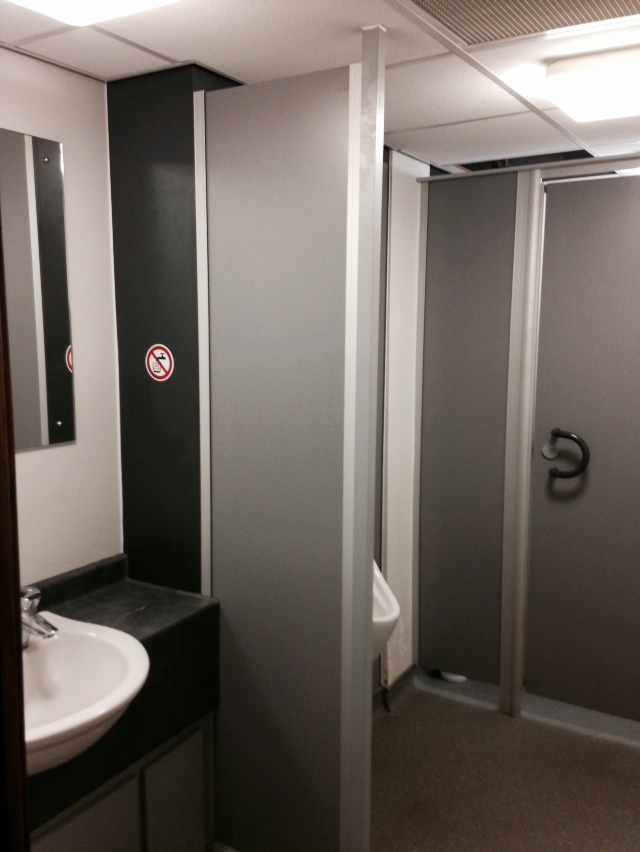 So what about studying, the second most important ‘S’ in the Sydney Jones? A quiet place is a nightmare to find when it’s busy, so remember these secluded spots during the May exams and you’ll be laughing.

The Archeology Room in the basement

Just head down the stairs next to the library’s desk, turn left, then right, and take your second door on the left. You’ll find a room you probably didn’t know existed. 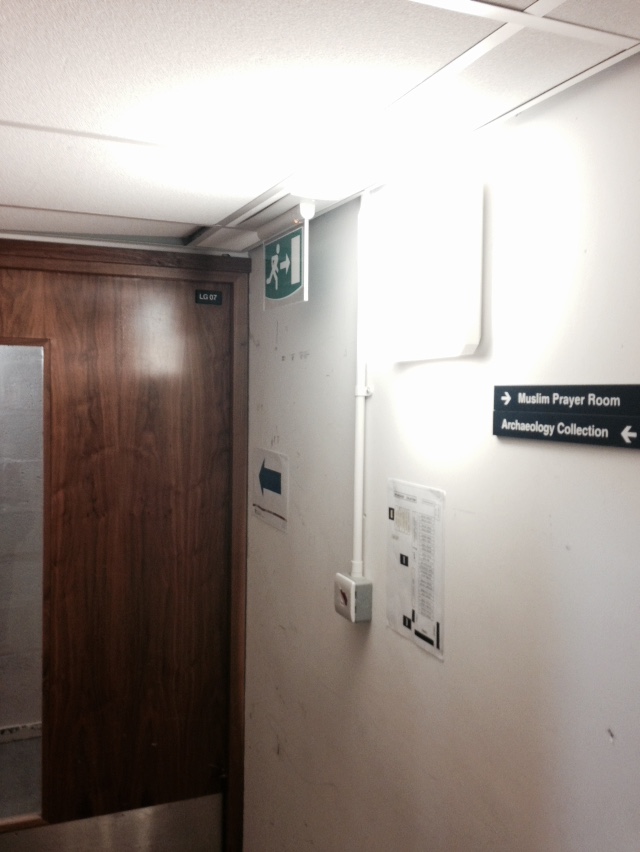 A great hideaway that guarantees a seat even during the most busy of times, the basement has recently been refurbished with more tables and seats. If you’re struggling to concentrate because someone you know walks past every 15 minutes, then head down here.

Surprisingly, it’s not cold and has ample power sockets. It’s an ideal location to descend into in the morning with a stack of books and emerge in the evening (a slightly smarter) half a human. 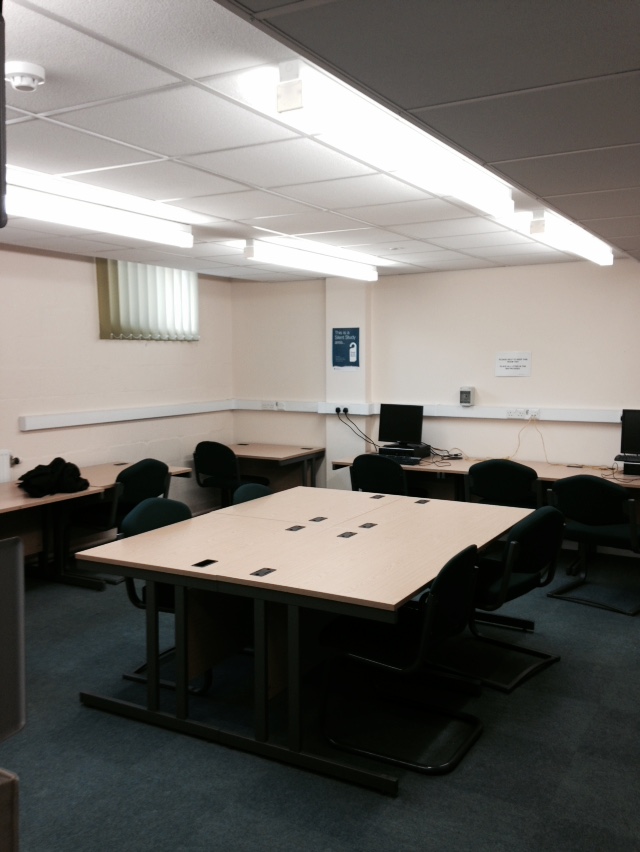 Just head into the Grove Wing’s ground floor and walk past all of the infuriatingly inaccessible new book shelves to the very back of the Grove Wing.

A recent addition to the library, this spot is unknown to the vast majority of the student population vying for a seat. Often empty, the seat boasts power sockets, easy access to the Grove Wing’s book collection and, most importantly, a view. 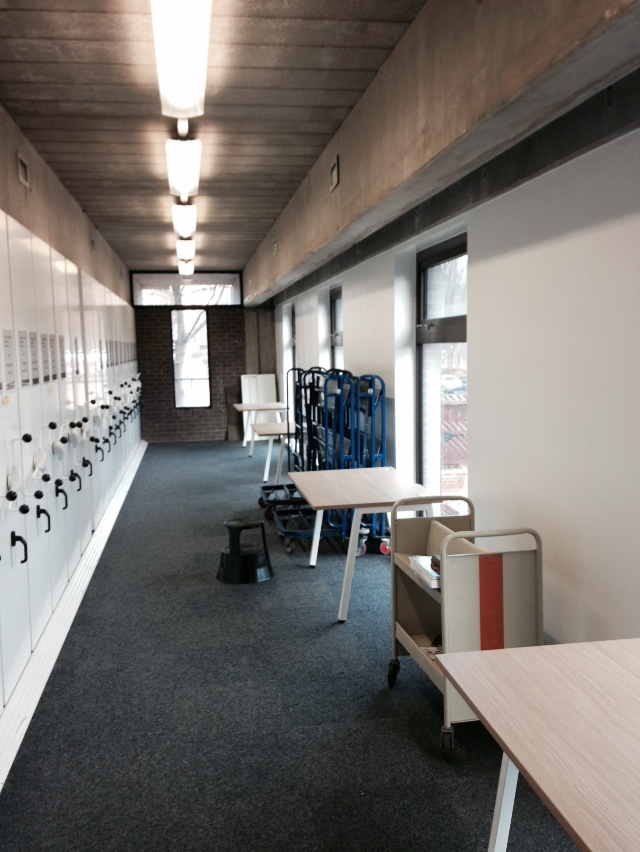 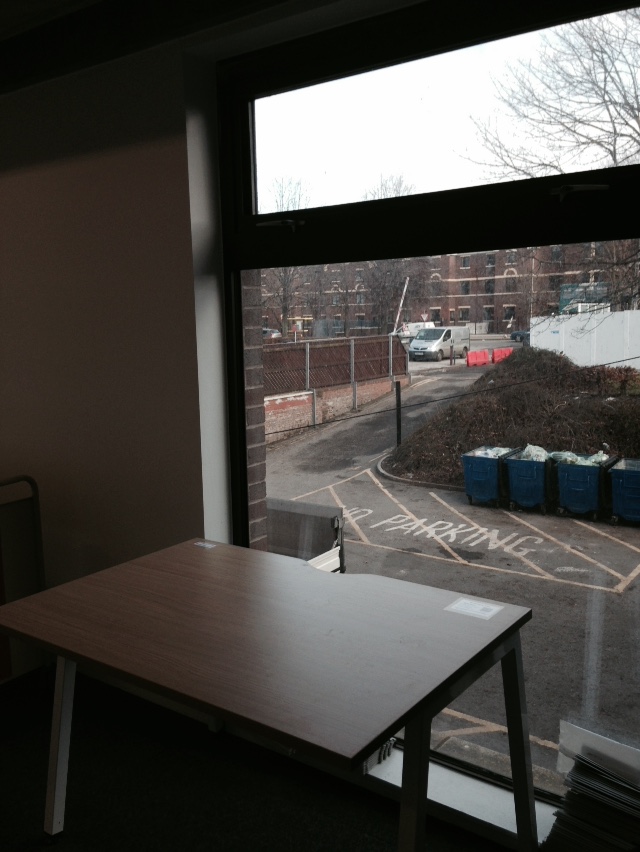 It offers scenery of the back of the library’s complex and Grove Street, perfect for daydreamers or would-be procrastinators.